Angel Terrazas -Celebrity Stylist and a Shoe Designer to Boot (No Pun Intended)! 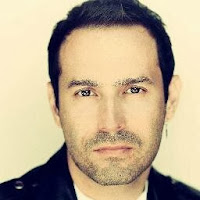 Celebrity Stylist Angel Terrazas was working a corporate job when he decided to try his hand at commercial modelling. That first photo shoot changed his life. “I walked onto set and it was such a different world. I came from this cubicle environment into this creative atmosphere. Every aspect was amazing. By the end of the day I literally had the light bulb come on and I wanted to take over for the stylist. I could do this. I would love to do this.”


As an only child Terrazas spent many hours alone. One of his favourite pasttimes was running his own Miss Universe pageants. He would draw all the contestants, cut them out, make them banners and create the stage. His love of fashion was encouraged by an eccentric aunt who lived with the family. She frequented flea markets and had amassed an amazing collection of exotic jewellery, armour and antiques for him to explore. He considered a career in fashion design, studied poetry, spent a few years just being young in San Francisco and worked for non-profit organizations. Then he landed in Los Angeles. 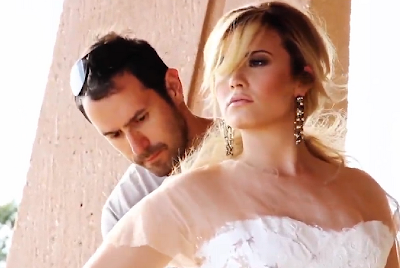 During those first years Terrazas notes, “I always going to flea markets and finding these amazing things I would buy for my girlfriends. So all along I was styling.” A friend helped him to land an internship at Flaunt Magazine. While much of the work was uninspiring, he used the time to develop connections within the fashion industry that paved the way for what was to come. One shoot he assisted on was with Orlando Bloom's stylist Cher Coulter. “It was exhilarating. I went to all the appointments and pulled clothes I thought would fit the shoot. I got to have a say and be creative. It was this crazy Fellini-esque shoot and there was this bunny suit. When the guy didn't show up to wear it, guess who wore the suit!” 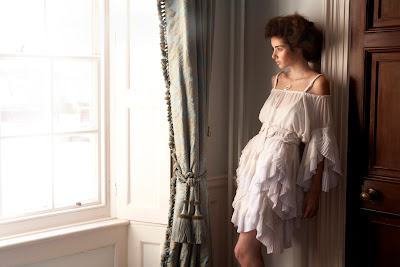 Then one day his cell phone rang and Terrazas heard this very posh British voice. It turned out to be InStyle UK's fashion editor Lucy Bond, and she was coming to Los Angeles to shoot Linda Cardellini. Would he like to assist her? Absolutely yes! He remembers, “The stuff that was coming out of her garment bags was amazing! I was just happy to unpack it all, hang it up and steam it. I had never seen clothes like this before. We were working with top level photographers and celebrities – it was a dream come true.” After working with InStyle, he began to branch out and do celebrity shoots of his own. He had to call ten garment showrooms before one would take a chance on him. 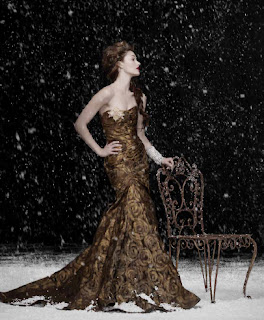 The fashion community in Los Angeles is not as large as New York's, so most stylists “do it all”. As a Celebrity Stylist, Terrazas works on a day rate locating “press samples” for private celebrity clients. “This is the icing on the cake. It's a great experience and you get good exposure. If you can give a celebrity 3 or 4 that they like, you're doing a great job.” He also works as a stylist on editorial fashion shoots, although they rarely pay more than expenses. “The fashion shoots you do in LA are primarily for your portfolio. We all do it to showcase what we're capable of. We do it because we love it.”

Then there is work styling shoots for corporate advertising. This is the most financially lucrative, but the least rewarding creatively. “A lot of times you're given a list – it's almost like a scavenger hunt.” The boutiques that provide clothing and accessories for a commercial shoot usually require the company to buy 15-25% of the merchandise taken. Terrazas is very by the book on this because, “In this business it's all about your reputation. One bad incident and you can get blacklisted.” Throw in a few TV commercials and a couple music videos and you get the idea of the diversity of his work. 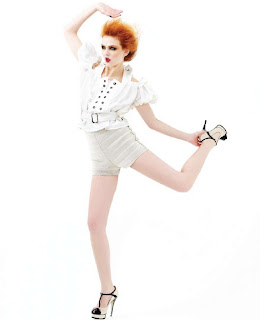 The economic downturn allowed Terrazas a chance to reflect on new directions. From the time he was young he had been sketching original ideas for shoes and decided to pursue designing his own collection. He headed off to London to enrol at the Cordwainers at the London College of Fashion (where Jimmy Choo studied) to study women's shoe design, but once there he fell in love with traditional men's shoes. “I couldn't believe the innovations that have already happened in men's fashion design haven't been applied to men's shoes yet. I want to be one of the first ones to push the boundaries of men's footwear.” The first collection will launch for Spring 2011 and he looks to fill a niche – cool, sculptural designs in a mid price range of $200-$400.

Along with this changed focus came a desire to specialize in fashion styling for men. “In the past, the bulk of the work was in women's wear, but that is slowly changing. There are a lot of male celebrities getting into the fashion industry. It's an exciting time to be involved in men's fashion.” When asked for the difference between the two Terrazas notes, “You can never go over the top with men's because of the masculinity factor. You have to always balance masculine elements with feminine. You don't want it to be too feminine, especially when you're talking about celebrities. I think Paul Newman is such a great fashion icon, rugged but sophisticated. I always try to strike a balance of masculinity and refinement. You have to be creative in different ways and a lot more subtle.”

Already well-established in the industry, Angel Terrazas' star is poised to rise ever higher. His recent editorial work includes celebrities such as Emmy Rossum, Krysten Ritter, Sophia Bush, Chris Egan and Kristin Cavallari, just to name a few and the upcoming launch of his shoe collection is in the works. What new doors will open? Only time will tell.

For information on Terrazas please visit his website at http://styledbyangel.com/.