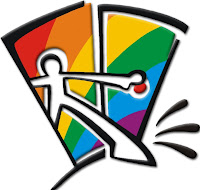 Brandon H. was born in British Columbia in 1984.  At time of publication, he is just shy of turning 27.  He and his brothers and sisters were removed from their biological family when he was only 6 months old, so all he knows comes from stories told by his siblings.  The foster family that took them all in brought them up on a farm and provided food, a nice home, stability and a great work ethic, but no warmth. The family never adopted them and he didn't feel like he fit in. To this day he does not know if they really wanted them or if they were a convenient source of labour and income (the government gave them a monthly stipend).  He remembers, "We were never allowed to have keys to the house, use the phone, go to people's houses or be unattended.  We were forbidden to date until after graduation.  My foster parents rarely hugged us or told us they loved us.  I seemed to be a prisoner in my own life."

The bullying at school really took a toll on Brandon's confidence. One example, "The whole basketball team approached me and told me they didn't want me on their team anymore, as if being cast out everyday wasn't good enough."  He had one friend, but the friend moved away in grade 6.  Depressed and unhappy, Brandon was put on medication. He bounced from counsellor to psychologist to therapist.  In the long run it did help and he found acceptance.  He joined every group and club he could at school to get out of the house, did well academically and won the Outstanding Volunteer Award 2 years in a row.  Things also began to improve at home - then he came out. 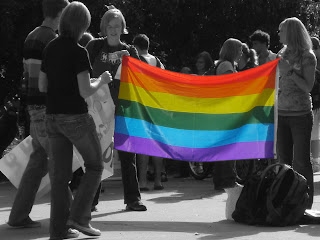 "I always knew I was different, but I didn't realize I was gay until I was 16.  There were clues along the way. My gestures were feminine, but I was always strongly discouraged from anything that resembled homosexuality.  When I was 9, I remember my foster mother asking me in a threatening way if I wanted to go for homosexual counselling.  I had no idea what that was, but I was terrified.  I would get called a fag at school,  but I thought it meant different in a bad way."  With a family that seriously limited his social life, refused to allow him to date and gave out the clear message that ANY sexuality was not acceptable, he didn't question his lack of interest in girls.  He did have one who pursued him in high school, but when he wouldn't be affectionate, it ended.  "I can only see my relationship with her as comical.  I convinced myself at that point that I was bisexual and that I could live a normal life and ignore my attraction to men.  That obviously didn't last long."

Stumbling onto porn was one of the early events that widened Brandon's view of sexuality.  Then a move to a new city provided more freedom and unknown to his foster parents, he began to search out gay bars.  The attention received from the older patrons gave him both the attention he needed as well as the beginning of acceptance for who he was.  Things moved quickly at this point.  He began to come home late or not at all and the police became involved.  It was when he tried to discuss the local school's refusal to allow a Gay/Straight Alliance that the door began to open on his coming out. The fight went back and forth with his foster mother and included standards such as the lament that she wanted grandchildren. She even put him in “homosexual counselling” and was upset that the goal wasn't to “cure” his problem. At one point he asked his foster parents to read a book called, "Is It A Choice" and they refused. 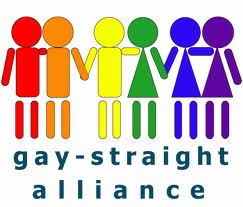 In the end it got ugly.  "We fought daily for the next few months.  Eventually she told me she didn't want me in the house or using her cutlery or dishes because she didn't know where my mouth had been."  They actually couldn't kick him out because he was under the legal care of the ministry, so he was set up in a independent living program.  He was only 17.  "They put me in a half way home where I had to pay rent and my room mates were thieves.  They never called me again until 7 year later except once to tell me I had mail. They'd answer my calls but after a few minutes try and end the conversation as quickly as possible. They told my brother I was prostituting myself and living on the streets. I was devastated for years, but finally learned how to function alone."

Brandon went on to find acceptance from friends in the urban school he attended, from his sister and from open-minded relatives in his extended family.  More importantly, he found friends in the community who became his family - he fit in. He also found once he moved on to college and beyond his life became easier.  "I am finally well liked.  I used my knack for volunteering, the leadership skills I developed and other attributes and learned to finally live my own life. They say it gets better and I couldn't be more of an example of that." 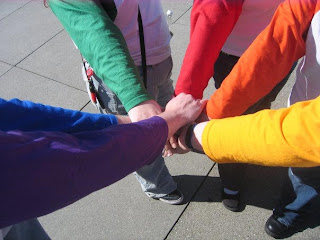 In closing I want to share Brandon's answers to a couple of questions.

1. What are the positives and negatives since coming out?  -  "I have to be careful where I travel and if personal safety is at risk, I've had to conceal my sexuality. I won't pretend I'm straight, but sometimes have to omit that information.  Other than that, I live an open life with many friends.  I have a boyfriend and we walk down the street hand-in-hand.  The social difference between school and the real world are like night and day.  I'm happy now."

2. Any advice for those still struggling in secrecy?  -  "Move yourself to a place where homosexuality is accepted.  Be honest, be yourself, be brave and hold on.  People who don't love you for who you are as a person aren't worth keeping around.  You'll find new friends and a new family if need be, and I bet the people in your life will pleasantly surprise you.  You are loveable and you will be loved."

For anyone who would like to be a part of this series, please email me at justbusiness1@gmail.com.
alliance bullying care coming out foster gay homosexuality straight therapy