A Look Back - Jeff Garner of Prophetik 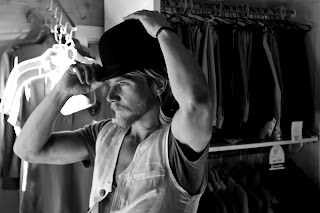 I have had absolutely no time to update my blog because of the demands of Fame'd Magazine.  So to dip my feet in the water, I am posting a piece that was published in the United States.  In February 2011, Jeff Garner of Prophetik showed at Eco Fashion Week and I was lucky to interview him afterwards for Raine Magazine in NYC.  When I was sitting at EFW this season, I realized most of those in attendance would love to know more about this unique designer and probably had not seen the article, so here it is.  ENJOY!  This is one designer I want to follow and have already told we have a date in five years (now four) to see where we are on the Eco continuum.

Designer Jeff Garner's soft voice and easy manner speak of his Tennessee roots. These same roots ground him and influence all that he creates. When he launched Prophetik in 2002, the artist had a vision “...to showcase how things could be done in a more positive way.” His goal – to influence the designers, change consumers and move the industry in a new direction. Every collection also has a message. “I think as artists we all have a a story to tell and we have a canvas. My canvas is clothes.” 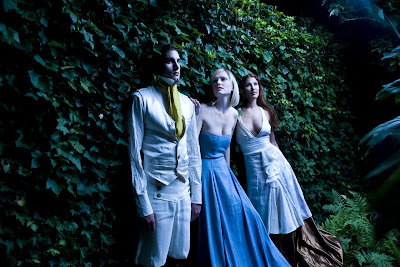 Garner was raised on a horse ranch outside of Nashville. Days at home were spent doing chores, riding horses, three wheeling and getting lost in the woods. At school, he filled the expected role of athlete, participating in football, wrestling and cross country. In private, the soul of the artist was slowly growing. As a child he would sneak into the closet with his sister's Barbie Magic Slate and draw. One peel to erase and he would start all over. It wasn't about keeping the images, but creating them. In his teens, the farm's close proximity to Nashville provided friends that nourished Garner's soul – musicians. “I ended up spending a lot of time with them. I would jump on tour buses and that's how I was fed [artistically]. Otherwise I would have shrivelled up.” 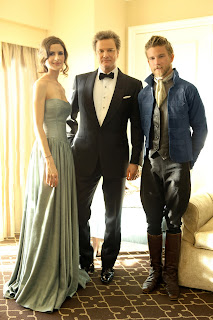 After high school, Garner loaded his Jeep Wrangler and headed off to California where he enrolled at Pepperdine University. Encouragement from a friend led him to audition for advertising work. The first time out, he landed the role of Blaine, Barbie's DJ surfer friend. This became a series of Barbie commercials shown all over the world. They launched him onto the Hollywood scene and residuals provided the funds needed to finish school. When Stiletto Entertainment offered him a job, he was quick to say yes. Here Garner did creative direction and tour support for stars such as Barry Manilow, Fleetwood Mac and Donna Summer. Creating stage costumes and tour merchandise gave him that first chance to use his talent for design. After four years of travelling all over the world, Garner felt the pull of his roots. “In 2002, I swallowed my ego, returned to Tennessee and moved in with my family. Everyone thought I was crazy because they felt I was on this pathway to success. But it was the wrong ladder. So I started over. I tapped into my music connections and did tour merchandising to keep me afloat and support Prophetik. I started small because I wanted the vision to stay true. That's where it all began.”

Garner quickly became concerned about the fashion industry's unhealthy work environment. “My first sample maker got really sick from [her time] working with chemical dyes and cutting fabrics.” This was the impetus for the Prophetik label to become both Sustainable and Ethical. Dyes were the biggest challenge. “I started the process by exploring the use of tea and plants. Then I ended up finding two sisters in Nashville, Ali and Sara, who now work with us on developing new colors.” Locating the right fabrics to work with involved extensive research as well locating trustworthy fabric houses. Hemp is one of Garner's favourites. “Hemp is by far number one. It grows fast and doesn't hurt the ground it is planted in. It's the longest fiber, so the strongest. It takes dye well, it's anti-fungal and can be worn in summer or winter.” Others include flax, organic silk, cactus silk and a very small amount of organic cotton. All garments are produced from sustainable material using organic dyes created from earth and garden plants such as madder root, sorrel, indigo and gall nut – each grown in Prophetik's Nashville Community Garden. In February 2011, Garner's unique vision was recognized by London Fashion Week when he was one of only 33 designer chosen from a list of 1000 to be showcased that season. 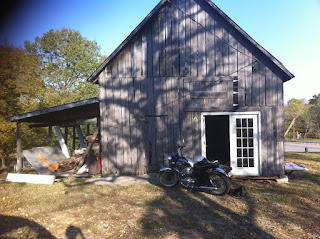 Inspiration for Prophetik's F/W '11 collection, Artist Wonderment, came one night as Garner was sitting in front of the fire. The question suddenly hit him - when did commercialization start? Research led him to the court of Louis XV. “Everyone wanted to be like the courtesans in the court. They would make their own dresses, but as interpretations. I got influenced design-wise by that time period, but then I brought in elements from my own home, my own family, and recreated them.” Included is a wide variety mens and womens blouses, shirts, pants, vests, dresses and coats that have a historical feel, but with an updated twist. Exposed zippers fashioned from interesting recycled metals are used as design details, slits in skirts make them more wear-able and some of the structures have more modern silhouettes. One material chosen for re-invention is heirloom quilts. The designer uses them to create mens waistcoats and as small accents on gowns. All are statement making pieces. 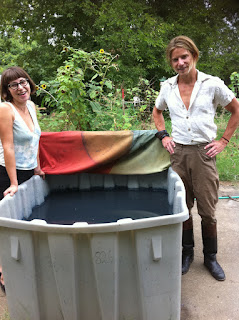 With Garner's vision at the helm, Prophetik continues to grow. An accessory collaboration has just been launched using discarded leather from Coach to design an iPhone case for Apple. May 2011 saw the Vancouver launch of a documentary film by Brady Dahmer. A new home collection with Livia Firth is in the works and the designer is hoping to offer a line of socks and underwear in the near future. Despite the international success of Prophetik, Jeff Garner stays grounded and true to his 'campaign of passion.' “I think we shape and choose our reality. We have free will. Everyone has a choice and I choose this path.”