Taking the Family Get-Together to the Next Level 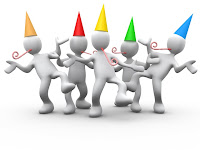 My younger brother has always cornered the market on taking the family get-together to the next level.  I don't know where he gets his ideas from - but they are always amazing.

Wes lives in Los Angeles where we all converge.  My older brother is now in Colorado Springs, but his wife's family is located LA so they come every Christmas.  My mother was there while living and, as we were able to, we would come and stay in her tiny home for the holiday season.  She would have everyone over, but it was too small for Christmas Dinner.  Wes was the one living there with the large home that would accommodate all of us and we were fortunate he was willing to be the host.

After mum's passing, we continued to come down every other year as it was really the best way to keep in touch with my brothers and their families. Wes' wife has a large family that have get-togethers fairly often, so he is well-versed in meals for large crowds and owns almost every kitchen and BBQ gadget I know.  AND he actually uses them all. He even has a BBQ station out back with a thatched roof.  Eating one of his inspired suppers is always a treat. Everything is made from scratch including the Mojitos - no commercial mix here.  I didn't know this until I asked for another and watched him work for 20 minutes to make the sugar syrup.

Over the years his inspiration for what to do has varied, but he always finds ways to bring us together.  I distinctly remember the year it all began - the year Elmo arrived.  I was in my mid-twenties and only my oldest brother was married.  We had just finished Christmas dinner and did not notice Wes slip away.  Suddenly there was the sound of jingle bells and ho-ho-ho's and here came my younger brother dressed as an Elf.  Turns out he was sent by Santa who was too busy to come with gifts for each of us.  They were, of course, joke gifts and each was preceded by a hilarious story as to why it was chosen.  I think I got a toy horse - you know, the long stick with the head stuck on it.  Tears were rolling down our cheeks. 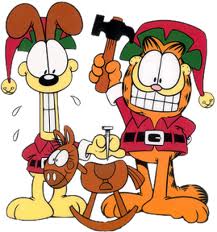 Unfortunately I could only afford to take the kids down occasionally when they were younger and only every other year now, but each time we made it there were new memories to be had.  Even though my "kids" were 21 - 24 this last Christmas, they were eager for the trip so they could catch up with everyone and see what new things Uncle Wes had in store.  Here are a few favourites:

1.  The 3 families were pitted against each other in a dice game.  2 families squared off on each side of the large marble kitchen island, both with a set of dice.  Our job, once we heard go, was to roll the dice to get a specific number.  If the first person's roll did not contain that number, the dice were passed to the next person who rolled until he didn't get it and on it went.  When one family had rolled that number a specific set of times they were the winner and the losing side stepped back to allow the other family to come in to challenge. Back and forth it went with each family winning at different times.  It was hilarious. 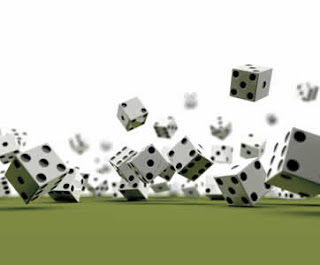 2.   My kids had never really played Spoons until one year when Wes set it up on that same granite island.  Thank goodness it was sturdy.  Once or twice one of the bigger kids flew across the counter grabbing a spoon while sending the others flying.  Everyone else was diving for the floors and trying to wrestle a spoon from another's hands. The adults steered clear.

3.  Wes had a set of professional balance equipment he used at school and he brought the tippiest one home one year.  The challenge was to stand on this teeter totter and balance for the longest time.  I actually won - I was the only one with dance training.  However, as soon as I explained the trick, the kids were up giving it a try. 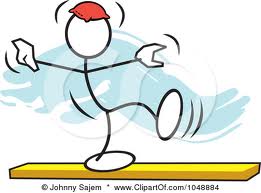 4.  Games - They have declined in recent years as the many of the kids are grown, but there was one crazy one I remember where we had cards we had to act out to find who had the matching card.  Once matched, you moved on to the next card and the first one to get rid of all their cards won.  Everyone was miming, making animal noises and jumping around as we tried to figure out who else had the chicken doing ????????????? and other crazy offerings.  We looked like a room full of people having a major drug experience.  All 3 families own a lot of board games and there were years they were scattered in every room as people moved around picking where they wanted to be.  It was a great mixer, but I still loved the times best we were all focused on one. 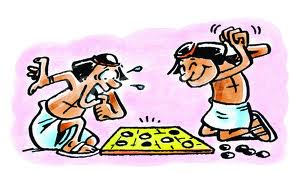 5.  The WII challenge.  This last year was the WII boxing challenge.  All the cousins were pitted against each other and all the adults were pitted against each other.  One day was the early elimination rounds, the next the finals in each division as well as the winner over all.  I am proud to say I won the adult division, but embarrassed to say my high school age niece whipped me in about 5 punches. 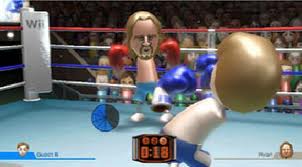 6. The get to know you challenge.  We all had to answer 5 random questions.  Then the family sat up front and the answers were read.  The other families had to guess who had said what.  Some peeople told the truth - others lied outright.

7.  The dollar store fun night.  My brother took several of the cousins to the dollar store and picked up 30 random items.  Starting from youngest to oldest, you were sent out to pick out one thing for the next oldest in your family.  The oldest picked for the youngest.  Every 30 seconds a new person was sent out, so the number pawing through the pile kept growing.  After we were all done, the fun was giving the "present" and sharing why you selected it. 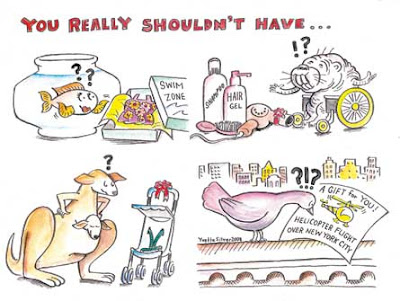 I know there were a lot of other memorable moments, but these were the ones that sprang to mind quickly.  As there are no cousins up here for my kids to hang out with during the holidays, these trips are always a highlight.  One day it will end, but for now I continue to look forward to my next opportunity and eagerly anticipate what my youngest brother will dream up this time.
balance boxing dice dollar store family Games get-together Los Angeles Other questionschristmas spoons WII Xmas