on November 30, 2012
This is the second re-print of a Behind The Scenes article I wrote for Fame'd Magazine (folded as of March).  Tracey Pincott is positive, upbeat, absolutely full of energy and brings intense organization and focus to every project.  From her early fashion events (one which attracted over 1000 guests) to her famous X-Files shoot with Gillian Anderson and David Duchovny that became a cover for Rolling Stones first is Australia and then in the U.S., her extensive portfolio is an impressive array the speaks volumes about her talent and work ethic.  The article below is only the briefest overview of our interview.  Perhaps it's time to write a more extensive one in the near future.

Fashion stylist Tracey Pincott remembers her 16th birthday well. She accompanied her father on a business trip to London, Paris, New York and Los Angeles. When he headed off to work and left her alone in New York, she hailed a cab and said, “Take me to Charles Jourdan on 5th Avenue.” There she bought her first pair of Charles Jourdan shoes and, “That was it!” What she brings to every job is drive, determination, amazing energy and the emotional bond she develops with clients and fellow artists. As she shared just a few of the many opportunities her career has brought, there was one phrase that kept recurring. “We laughed, we cried, we fought...it was a riot!” 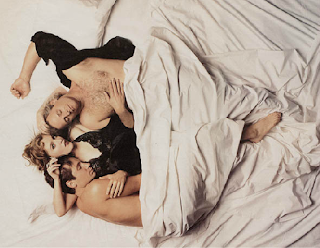 In her late teens, Pincott decided to move to Montreal with her best friend and become a famous fashion designer. The reality was working at a restaurant where fashion artists hung out. On returning to Vancouver, she boldly walked into Clark's in Pacific Centre and announced she wanted to be a buyer. With no previous experience, the job offered was selling men's suits. “I could sell a suit like nobody's business and after a couple of weeks the buyer came over, introduced herself and asked what I was doing the next morning.” She quickly became her assistant on morning appointments. Then Pincott was talking with friend Brad Gough one day and threw out the idea of running a fashion show. “We went to the Commodore and asked if we could use the venue. Then I walked across the street to the Yvon Bourgeois Esthetician School and asked if he would help. We were hoofing tickets ourselves and filled the place.” This became the first of many runway shows she has produced, occasionally in crazy locations such as armouries and movie sets.

Another great opportunity was meeting Gabriel Levy. He would come into Clark's to pull clothes for editorial shoots and have Pincott select the garments. After helping in-store for awhile, she approached him about being his assistant. She ended up working with him at Vancouver Magazine for years, earning those first tear sheet credits. Then came a call from Western Living. They were interviewing for a new fashion editor position and Pincott decided to give it a go. She remembers, “I went to their offices in Kitsilano. There was a lot of beige and I was a punk rock girl in my black leather mini-skirt. Other women were there pitching, some established writers. I never thought I'd get the job, but I did!” After seven years at Western Living, she went on to work with publications such as V Magazine, Chinese Edition Magazine and The Globe and Mail's West Magazine.


The chance to spread her wings further came in many ways. There was styling for television commercials as well as a contract from Economic Development Canada to produce a fashion show in Japan featuring Canadian designers. One key booking was for TV Guide. They needed a cover shot for a hot show at the time – the X-Files with David Duchovny and Gillian Anderson . The shoot proved challenging on many fronts and Pincott found herself exhausted, but her hard work paid off. The next day she received a phone call from Los Angeles letting her know Duchovny wanted her on all his future magazine shoots. Five years later she styled the X-Files cover for Rolling Stone Australia with photographic superstar team Denis Montalbetti and Gay Campbell – a cover that was picked up by the Los Angeles edition.

Pincott's extensive resume is filled with high profile clients such as Bacci's, Harry Rosen, Hugo BossCanada and Kersh/Press. Collaborations with world-class artists include Raphael Mazzucco, Carol LeFlufy, Susan Casey, Chrisanne Davis and James O'Mara and she has styled for celebrities such as SarahMcLachlin, Chris Isaak and Michael Buble. Editorial work is still her favourite and a few stand out from the rest. One was working several seasons for the luxury brand, “Faconnable”. She would fly to Nice to put the looks together and then spend days shooting in “...some of the most beautiful locations ever.” The other was for V Magazine. “It was the Valentine's Day issue. I picked seven red dresses and seven photographers. The dress I selected for each photographer was chosen for a reason. They took the dress and then put their own art on it. When it becomes our art and the right fit, it's very exciting.”

One change Pincott rues is the move to digital photography. “I'm very tactile and I miss real film.” Current financial restraints have also had a negative effect on the industry, limiting fashion shows and causing most artists to need a side job. “There aren't people shooting ads every month for your magazine. It's a different world.” For students looking at this career, she shares that huge people skills are needed and warns they will most likely have to work many years for free to gain experience, just like she did.

Tracey Pincott's energy is palpable and the love of her trade shines through. Sitting in her home surrounded by paintings she has collected over the years, one is reminded that her work is HER art and there is no doubt she has a lot more creating to do.

For more information go to www.traceypincott.com.