on December 18, 2012
Looking for innovation? You don't have to go any further than CEO/Executive Producer Andy Chu of Arc2Intertainment. For almost a decade, this visionary has been putting his distinctive stamp on feature films, television, concerts, fashion shows and charity benefits, and he shows no signs of slowing any time soon.


Chu took his first step toward becoming a producer in his teens. While working at a restaurant he created a script, talked co-workers into being the actors and shot a short film to be shown at the company Christmas party. It was a hands-down success and became an annual tradition. A brief stint as a student at Vancouver Film School convinced him he was a rebel who needed to learn by doing. Several years working as a stunt double provided the desired on-set exposure to learn the industry from the inside out. By his early 20's, he had already landed his first paid job producing a promotional video for the Pacific National Exhibition.

Arc2 was formed in 2003 as an umbrella company for several divisions and Chu tries to stay involved in all aspects. “I do a lot of the groundwork myself. I can't do everything, but I make the decisions. You have to keep on top of how things are going so you can catch problems early.” The company develops and produces multimedia projects that are technically innovative and visually inspiring. Arc2’s distinct divisions encompass a wide range of capabilities that range from multimedia development and television shows to full blown motion picture production. Right from the beginning the company offered cutting edge concepts such as live web broadcast of the Stripped Concert Series that could be watched on your home computer.

One favourite division is FMA Vancouver. “FMA is my passion. Fashion, music and art has always been a big part of my life. They are all ways we use to express ourselves.” Chu was at the original Fashion Rocks in 2003 and came home with the seed for his own version taking shape. There were initially many smaller offerings such as the Stripped Concert – combining live music with a fashion show – leading up to the first FMA Red Carpet Gala held at The Centre in Vancouver for Performing Arts in 2004. Called Fashion Rocks Vancouver, it was an extremely complicated show to produce and execute, featuring ten bands and ten designers. Chu remembers, “When that first gala finished, I was sitting backstage underneath a rack of coats trying to figure out what just happened. Was it done?” 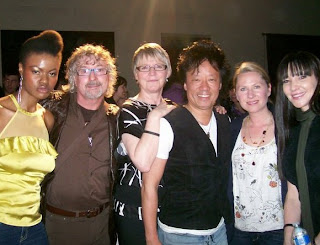 After the FMA Gala in 2008, Chu began work on the concept for an FMA television program. The process to get a new show picked up has changed over the years. No longer could you just pitch an idea to the networks; you needed a tentative schedule as well as a pilot. When casting hosts for this show he had specific things in mind. “I looked for people with great personalities, easy-going, good researchers, educated but with some street sense and experienced.” The show was picked up by KVOS, debuted in the fall of 2009 and is just gearing up to air its fourth season in the spring. Chu couldn't be happier. “FMA Entertainment Weekly has all the bells and whistles – celebrities and fast-paced interesting content. It is more that just another entertainment show. We focus on in-depth stories and introduce almost-famous talents and West Coast trends and lifestyles.” 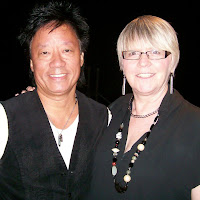 Once the show was on track, it was time to revisit the FMA Gala. Chu felt the work to hold such a complicated event all on one night while sound, could be both overwhelming and limiting. For 2010, he decided to move to a five day format called the FMA Fashion Week Pop + Culture Festival. “[This] is a consumer-based concept showcasing the current season's fashions already in stores and as well as pop-up shops for the designers. People can buy what they see on the runway – they don't have to wait months! We also introduced local fashion retailers, restaurants and art galleries.” Music and fashion offerings hit the stage at at Studio 560 while VIP shopping, fine dining and art exhibitions could be found at select locations city-wide. Some of Vancouver's top professionals were honoured with FMA achievement awards in the areas of Fashion, Music, Art and Outstanding Contribution to Canada.

Chu feels the media industry is at a crossroads. Change is on the horizon, driven by an ever increasing audience who views television and movie content online. “Cable networks will not be going away any time soon. However, all the other options such as Satellite, online streaming, IPTV (internet protocal television) and VOD (video on demand) will take away a big piece of the market share from them.” The fashion industry is at the same crossroads and will need to find unique ways to respond to the immediacy demanded by today's tech-savvy consumers.

Andy Chu brings a wealth of experience to every venture and has made staying ahead of trends a trademark in his work. Always willing to mentor others, he offers the following advice for those looking to enter this industry, “Nothing comes easy and I don't believe in overnight success! Go with your passion, believe in yourself and embrace new technology.”