on March 28, 2013
Photographs by Leonard Imagery unless otherwise noted.

One of the local new-on-the-scene designers that I was introducing around at Vancouver Fashion Week was Magdalena Lima Ortega - a self taught fabric manipulator. Her collection is lovingly called Maggie Fu. I had the chance to meet Lima last fall in her beautiful live/work studio space. We were a little interview challenged as she had lost her voice due to a cold, but where there is a will there is a way.  I came away inspired by the incredible amount of hand-work embodied in each piece and have been trying to get pen to paper since.  Today is the day. 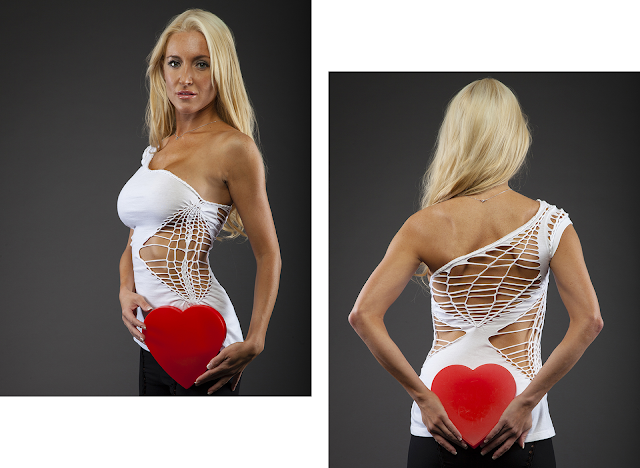 Magdalena was born in Mexico City, but moved to Guadalajara when only 10. With extended family left behind, trips back were frequent. As a child she was always immersed in making things by hand and surrounded by a family who loved music and dance. At the age of 20 she began to practice the art of Capoeira and starting dancing Samba a few months later. Opportunities to create success were difficult to find in Mexico so her eyes turned Canada. The immigration process took 3 long years, but the dream became a reality in 2005. She was 25. Soon after arrival, a chance meeting with a former Capoeira teacher introduced her to a group of samba dancers she ended up working with for several years. 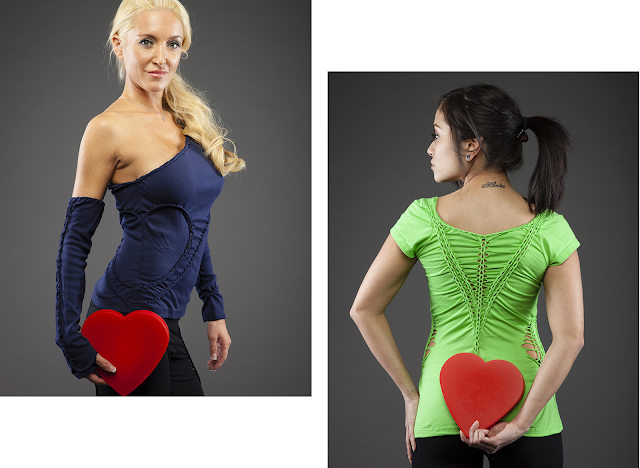 After becoming a top instructor certified in dance-based exercise styles Zumba and Goove Movement, Magdalena felt the pull of her artistic roots calling and began cutting and manipulating t-shirts. It was a learn as you go process that was right in line with her philosophy - "Self expression doesn't have any rules. Fashion is abstract art and should be embraced as that." From twisted swirls of braided fabric to large spider web-like openings, each look is unique because it is created one at a time at the designer's whim. Exploring new techniques for manipulation and adding new silhouettes is also a part of her journey as an artist. The creative process is labour intensive.  Every time the fabric speaks to her in a different way so the final look is always a surprise, but it is always wearable one-of-a-kind art.

Over time the brand has grown to include 3 collections:  Leisurewear, Activewear and Clubwear. Featured are booty shorts, camisoles, short and long-sleeve t-shirts, yoga pants and more. While there are long-sleeve shirts for men, the majority of the collection is designed for women and that's the way the designer likes it. "My main inspiration is womanhood and movement...to celebrate beauty and uniqueness." Magdalena loves to see female clients showing off their "booties" in her original garments and I think her garments in turn probably inspire her clients to work hard on their personal goals.

I tried to save the best for last, and here it is - WHY IS THE COLLECTION NAMED MAGGIE FU?  I have to admit, when I met her I was confused why a Mexican-born designer would chose the name Fu to brand under. The answer is simple. Magdalena was trying to teach her Canadian husband some @KaaChaaa moves one day and her rough-housing was so aggressive and physical for a woman of such small stature he awarded her the nickname FU.  It stuck! I think there is a possible logo in there somewhere, perhaps "Maggie Fu Kicks Butt" ?????????

Look for an exciting Maggie Fu fashion show this Fall 2013 - details to be announced. In the meantime you can check out her line at www.MaggieFu.ca. Want to try one of her fitness classes? You'll find a schedule online at  http://www.magdalenalima.com/schedule.html.

Below is a pic of Magdalena on the runway at VFW in March followed by a few random shots I took on my small camera last fall at the studio of garments on hangers.  Inspiring to say the least. 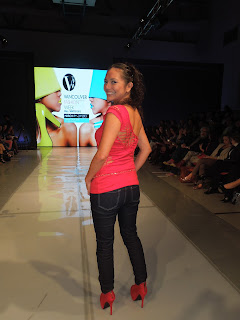 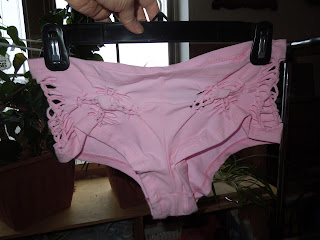 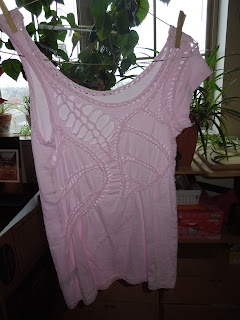 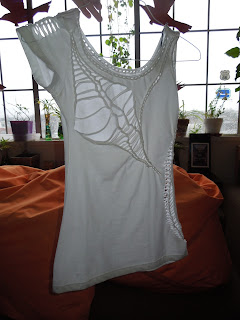 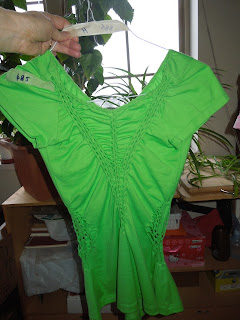 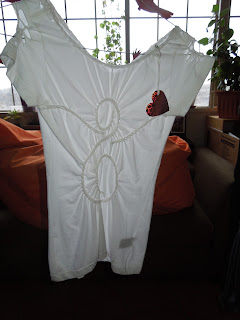 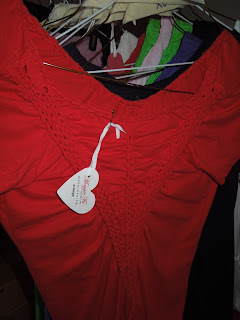 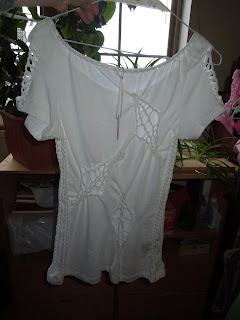