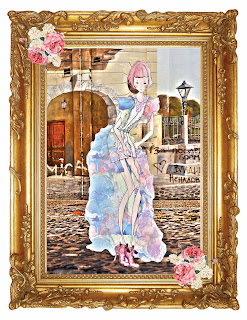 When Chloe Liu was a little girl, she fashioned women from paper. They were imperfect in their own right, yet as beautiful as anything crafted by little hands. Of course, they came with dresses, all whimsy and fragile. She would live-off her paper dolls, who could wear all the clothes she could not. But that was okay, because in due time, she will be designing outfits any real fashion idol would want.

“When I was young, I liked to play with paper dolls. I would make clothes for them by drawing and cutting them out,” says Liu. “Because I was just a little girl, I couldn’t wear some stylish kinds of clothes, so I made what I liked for my paper dolls. And in the course of time, I found my dream.”

Liu was convinced she wanted to be a fashion designer the moment she could cut the outlines of her paper dolls’ dresses. She was born and raised in Guang Zhuo, China, where she spent her adolescence practicing the arts. In high school , she spent most of her free time outside of class to learn how to draw and sew. By 2007, she and her family had moved to Canada, where Liu’s fashion career was about to begin.

After attending several fashion shows, Liu found her calling in Vancouver Community College (VCC), which she judged to be the more creative institute for fashion. It was a tough journey for Liu, whose lovingly supportive parents sold their restaurant in Saskatchewan to move to Vancouver. And even in classes, she struggled to take-in lessons taught in English. Though in the end, Liu’s talent shines through as she releases her first fashion collection. 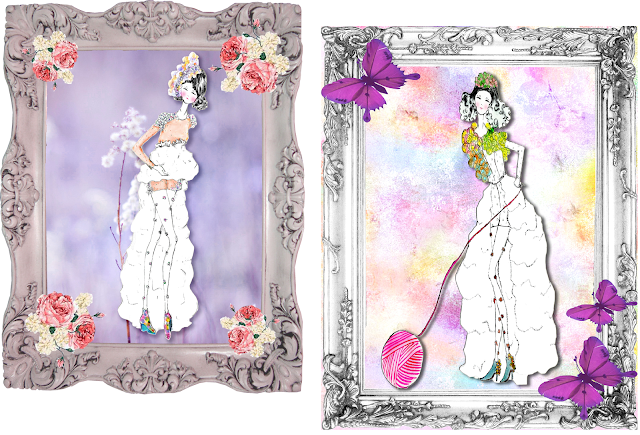 “My inspiration came from colorful candies in the forest.” says Liu, whose fantasises still runs as wild as child. “I had imagined I was lying on the lawn looking up the sky one day, and I saw many colors and shapes of clouds. They reminded me of candies.”

To imitate the playfulness of candies in her collection, Liu used fine silk, which she and her parents dyed themselves, along with wool and jacquard fabrics. The colors swirling like marbled rainbows and light as air. Liu’s collection, full of vibrance, flowers and ruffles, dares to put the giddy fun back in fashion. She enjoys the flamboyance and quirkiness of her designs, admitting that it is mostly for evening wear or stage wear. It is for the fashion daredevils. She laughs, and hopes that one day Lady Gaga would wear them on stage. 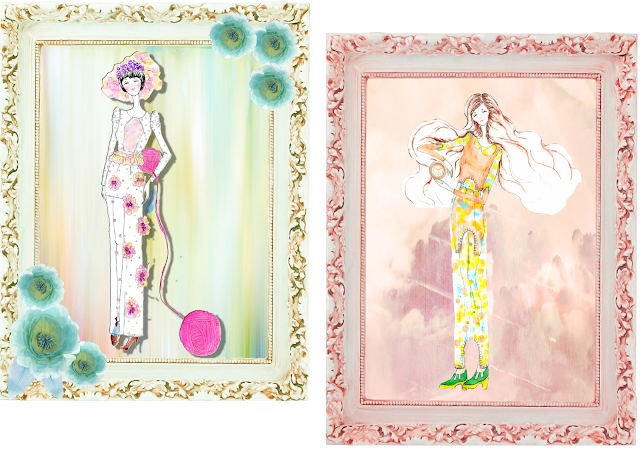 Although Liu is happily working as a company stylist for now, she has big plans in the next few years, perhaps a future in Chinese fashion, or online enterprises. Whatever the outcome, Liu is determined to keep up with the fashion world.

“The fashion world is big, I can’t say I can bring new things to fashion,” says Liu. “But I want to be myself. Fashion design is happiness to me. In my mind, fashion is always moving. You can’t just stay in the same place to design the same pieces. A successful designer can design anything. “