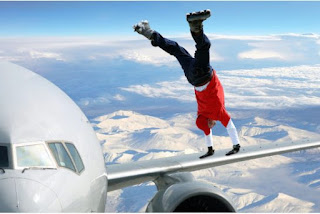 Okay - mind out of the gutter. This article is NOT about joining the Mile High Club. However, I decided it would be fun to start with what most believe are the origins of this club. Believe it or not - legend has it gained its first members in 1916.

"Only true aviation geeks are likely to celebrate, or even notice, the milestone being celebrated this year in the history of aviation: the debut, a century ago, of the autopilot. In June 1914, at a historic aeronautical-safety competition in Paris, a 21-year-old American daredevil pilot-inventor named Lawrence Burst Sperry stunned the aviation world by using the instrument to keep a biplane flying straight and level along the Seine...By eliminating the need for taxing 'hand flying' on long journeys, and thereby reducing pilot fatigue, Sperry’s autopilot ultimately made flying much safer. But it had another, less obvious benefit. It freed up pilots to do other things with their hands—and bodies.

The brilliant young Sperry himself soon grasped the possibilities. Legend has it that in late November 1916, while piloting a Curtiss Flying Boat C‑2 some 500 feet above the coast of Long Island, he used his instrument to administer a novel kind of flying lesson to one Cynthia Polk (whose husband was driving an ambulance in war-torn France). During their airborne antics, however, the two unwittingly managed to bump and disengage the autopilot, sending their plane into Great South Bay, where they were rescued, both stark naked, by duck hunters...For his caper, Sperry is generally considered the founder of the Mile High Club, a cohort that loosely includes all those who have ever 'done it'  in flight (though precisely what constitutes “it” remains a lurking definitional issue)." - The Atlantic

Since that time numerous couples have supposedly taken up the challenge. I am mildly claustrophobic, so an airplane bathroom is simply NOT a place I would like to be boxed in with another human being. There is barely enough room (or air) for me as far as I am concerned.  But on to my story.

My friend - recording artist Jody Quine - runs a Facebook squat challenge several times a year for anyone who wants to join.  You start out with 50 squats the first day and over 30 days increase until on the final day you complete a whopping 250. As the numbers get higher, most of us break them down into several sets over the course of the day. Every fourth day is a rest day. 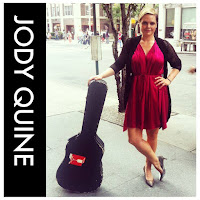 I am definitely older than the other participants, but with great bravado took up the challenge for the first time a year and a half ago.  By the time I hit the 150 mark, I had irritated a lower back injury and could barely move. The second time around I chickened out. Then the third time Jody suggested I start at 25 and add one a day. My goal would be to try to reach 50 by the end.

I liked the idea, but thought I was capable of more.  I can't remember what number I started at, but I split the squats into two sets - one morning, one late afternoon/evening to protect my back - and added two more squats to the number each day. By the end of the 30 days I accomplished 80 squats (in three sets) safely. This may not seem as impressive as 250, but I was personally elated.

During this challenge I left on a ten day trip to visit first my oldest brother in Colorado Springs and then my younger brother in Los Angeles. I was determined not to lose momentum, but the first travel day was difficult. We had to be at the airport too early to do them before leaving home and I didn't know what free time we would have on arrival.  What to do? 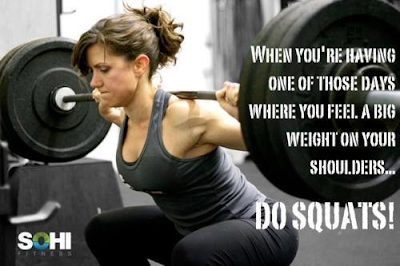 My legs get very antsy on a plane, so whether I need to or not, I always visit the bathroom just to be up and moving around. While sitting on the toilet in route to Colorado, I began to wonder if it was possible to do half my daily quota of 30 in this small space? If couples have sex in here, surely I could manage a few squats. The scientist in me kicked in and I started looking at angles and positions. Yes, it might be possible.

I finished my business, put down the lid, flushed the toilet and washed my hands.  Then I turned my back to the door and placed my feet shoulder width apart. Tentatively I completed one squat. Eureka! The spacing was just right - my knees slipped easily along each side of the toilet.  30 squats later I walked out of the bathroom slightly sweaty and out of breath.  I am sure those waiting in line were curious, but no one said a word. 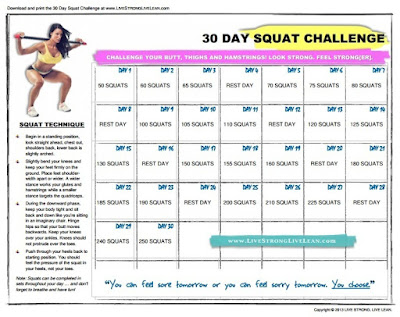 This was a onetime feat for me. I won't be performing squats in another airplane bathroom in the future, but it was a crazy moment and I had a lot of fun proving it was possible this one time. Even better, the next day I was able to share my accomplishment on the squat Facebook posting.  As far as I know I am the only member of the Mile High Squat Club at this time - but I am hoping there will be others soon.
30 day squat challenge airplane bathroom autopilot Facebook Jody Quine Lawrence Burst Sperry Mile High Club mile high squat club Other plane flight squats The Atlantic