Embracing Sexuality in All It's Diversity 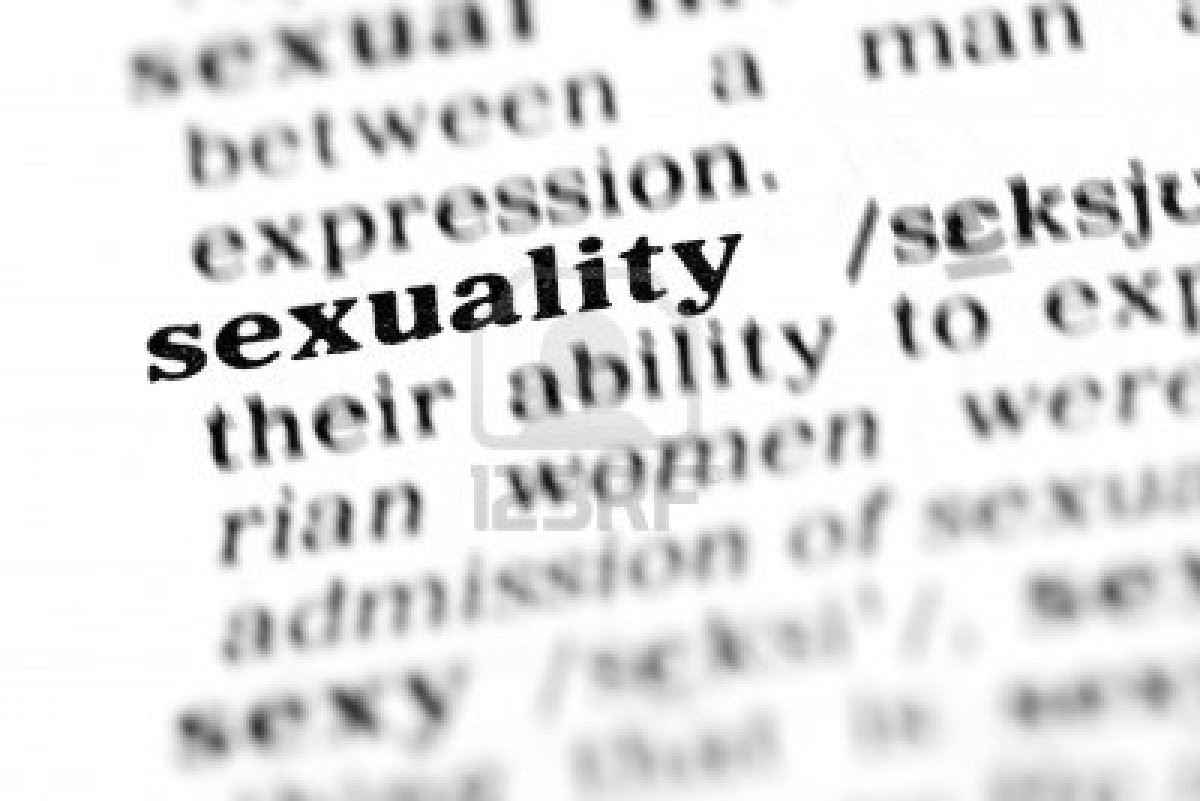 I was having a lovely chat with a few friends, when the subject of sexuality came up. It's a subject I am certainly not a certified expert on, but as I am intrigued by people and the way they live - it's one I've thought about a lot and talked with people as far as their comfort would allow. That day, it hit home again how little I think we understand this subject in all it's true diversity.

Growing up, my environment was really strict and repressive. We didn't talk about or admit to any sexuality. A non-existent topic, which was a bit weird. When I fled at 17 (off to university), I left all baggage behind. As sexuality slowly entered my life over the next few years, I never questioned or made any apology to anyone for my choices. Who I slept with and what connection I had to them was nobody's business. I kept just a few select friends in my life that were easy going and stayed away from groups in general as so much judgement can come that way.

From day one it was clear I was strongly heterosexual and that was fine with me. Had it been different, that would have been fine as well. It never dawned on me to question anyone's sexual orientation. As long as they were happy and let me be happy, we were good. As someone who truly loves unique journeys, I was really more intrigued about the path of discovery for those who moved outside society's expectation. Unfortunately those aren't "NICE" questions to ask, so unless I had close friends willing to share - learning more was tough. This was pre-internet. 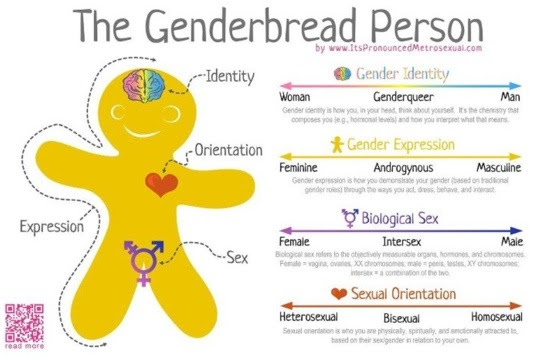 I tried to make sexuality a non-event when raising kids. I don't think they understood there was a prejudice around the subject until they listened to the jerks when they started school. There is always a few. When my kids were bullied, that was the first thing they'd throw out - you're so ............. I remember one son asking me if the bullies were right - was he gay?  My response was a calm, "You'll know when you start having sexual feelings. You will let me know."  I made it clear who they were was fine with me period.

What I realized the other day as I talked with a group is that sexuality now seems to be defined by Hetrosexuality plus LGBT.  In my mind this is still a limiting picture. Today I want to offer some ideas I have been musing on the touchy subject of diversity and introduce you to a few new terms. Again - I am no expert, especially on sexual orientations outside my own, so if you feel something needs clarifications, send me an email.

When I talk with someone uninformed or confused about sexuality diversity,  I always start with what I call the 2D version. Imagine a yard stick (or meter stick). Mark one end as Heterosexual, the other end as Homosexual/Lesbian and in the exact middle mark Bisexual. Not all have a sex drive that pulls them exclusively to one sex, and a 50/50 split in their attraction is not the only other option. Every marking from one end to the other represents someone's sexuality and I have personally known many people at various steps along the way. This is the simplest easiest picture. But it's not complete.

Take a second yard stick (meter stick) and put Asexual at one end and Hypersexual at the other. Let's start with Asexual. Yes there are people that don't have any sex drive and it's perfectly natural. I'm not talking about people who have shut off their sexuality for various reasons, I'm talking about people who by nature just never develop one. Talk about feeling out of place as you try to explain this in our very sexually focussed society. The assumption is EVERYONE has a sex drive, or something is wrong. The few people who have shared this with me have talked about how lonely this path can be. On the other end you have those with a very high sex drive - not sexual addition, just a high drive. The challenge here is if they want an monogamous relationship. They need to find someone they are drawn to with a similar drive.

Next comes those who are Transgender. With the TV series I Am Jazz and I Am Cait now on the air, there is a little more awareness coming on this topic.  BUT, I was talking with a friend the other day who helped me to better understand the true diversity that exists here as well. I do like the basic definition offered of a body of one sex and the brain of another, but those who choose to transition do have many choices to make.

The basic transition is hormonal drugs. When to start this process - or whether to - is the first choice to face. After that they have to decide how much surgery they want, if any at all. Plastic surgery to make features more feminine or masculine such as breast augmentation or removal are more common. What surprised me was that while sexual reassignment surgery is on the rise, many do not choose to take that final step.  I tried to find some current statistics on percentages, but those numbers are hard to find and I'm not sure what I found was  even close to accurate.

I want to throw out another facet to widen your view - Pansexuality (or polysexuality). I like to list this one separately from Bisexuality because it refers to people who are gender-blind. Pansexuals feel that gender and sex are insignificant or irrelevant in determining whether they will be sexually attracted to someone.

Last but not least -

We heard more about this years ago, but the media has become strangely silent in recent years on Intersexuality. Originally termed a Hermaphrodite, I prefer the term Intersex. "An intersex person is born with sexual anatomy, reproductive organs, and/or chromosome patterns that do not fit the typical definition of male or female. This may be apparent at birth or become so later in life. An intersex person may identify as male or female or as neither." For most of this century doctors would pressure parents to choose to surgically assign a sex at birth, sometimes leading to serious emotional consequences down the road. Fortunately, after much research, the medical professional now recommends NO genital surgery be performed until a person is old enough to make that choice.

I recently was talking with a few friends from the gay community about how great the US Supreme Court ruling was. In the discussion that followed, I realized I had inaccurately assumed Gay and Lesbian couples would WANT to get married. That isn't always the case.

What this law was important for was implementing the right to choose, and every person, no matter what their orientation, should have that right to say yes AND to say no. It is not the aim of every person to be joined in a monogamous relationship. Some choose to stay single, some choose Polyamory - consensual, ethical, and responsible non-monogamy - and some choose Polygamy.

Other
What I want to add here is just that there are many choices in sexual diversity that defy a connection with another human being - fetishes (such as balloons and pony play) fit here. In the end, the scope of human sexuality cannot be defined by traditional labels.

I want to close with an excerpt from an article by Lane Moore written for Cosmopolitan called, "Why I Won't label my Sexuality".  It offers food for thought.

"I've dated pretty much every configuration of gender imaginable. But when
people ask, I wouldn't call myself bisexual (which is one of the only universally
recognized defining boxes we currently have if you're not gay or straight). I
wouldn't call myself anything because I don't think any of the boxes apply, not to
mention they all come with baggage that isn't super appealing to me. Bisexuals are
still largely seen — incorrectly — as people sitting in chairs in sexual identity
waiting rooms until their names are called to go into the "straight" or "gay" offices;
lesbians are seen as being attracted to women and women only, and never men, not
even a little bit or else you don't count as a lesbian; and straight people are seen as
people attracted to the opposite sex only, and if you're a girl and you so much as have
a crush on a girl, you are gay, the end. Who the fuck is this system working for?"
asexual bisexual Cosmopolitan gay gender-blind hypersexual Lane Moore Lesbian LGBT monogamy non-monogamy Other pansexuality polysexuality sexuality transgender transition