The Inheritance by Marianne Perry

Born with an inheritance of loss into a society
that has predetermined what she can and cannot
do, Caterina vows to live a life of her choosing.

The Inheritance tells the story of a family disintegrating from conflicting loyalties in Calabria, Italy. Set during the period 1897 to 1913,the region was subject to earthquakes and tsunamis; the land harsh and poverty the norm. Superstition clashed with religion and a class system ruled the people. Calabria is the perfect backdrop for the tragedy that unfolds in The Inheritance.

Caterina is an atypical woman, and The Inheritance chronicles her life from birth to young womanhood. Born with an inheritance of loss into a society that has predetermined what she can and cannot do, she vows to live a life of her choosing. Caterina refuses to allow the limits of her gender, the constraints of her class and the demands imposed by those in power to stand in her way. Caterina remains steadfast in her commitment to become the woman she imagines. Her decisions ignite conflicts and fuel a chain of events that result in dire consequences for all whose path she crosses.

I don't read a lot of historical fiction. This isn't because I don't love learning about different times, but because it is such a difficult genre to be really good at. Author Marianne Perry is one of those great exceptions.  As a second general Canadian/Italian, her family's ancestry has fueled a deep interest in Italy and she has followed that up with five visits to the country. She is also a serious lover of genealogy. Between the two, the author has managed to bring a true sense for the area and for what is was like to be a woman of means in this place and time.

Women role models are so important and offering a character who manages to live a life true to her desires at the turn of the century is a great read. In The Inheritance we find a young wife who must live her life in accordance with the dictates of her husband. Her control of her inheritance, her sons and the obligations she must fulfill are defined by his wishes. Yet she finds a way to honour and touch the lives of the servants and villagers that surround her. The closing pages do not offer us a Hollywood movie ending, it rings true to its times. BUT, it does open the door to several story lines that could prove interesting sequels.

Well written and a true eye-opener on how far women have come in terms of control over their lives, their future and their money. I can't wait to read more by this author.

To heck out a great behind the scenes interview with the author click HERE! 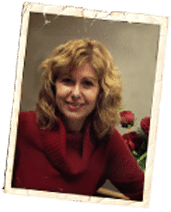 Family dynamics, genealogical research to solve ancestral mysteries and international travel are Marianne Perry’s priorities. A second-generation Canadian-Italian, she is the author of The Inheritance, a historical fiction set in Calabria, Italy from 1897 to 1913 inspired by her grandmother’s early life in Calabria. With a thirty-year career in education and communications, Marianne holds a Master of Education Degree from The University of Western Ontario (Canada).

A past member of the Board of Trustees, the Canadian National Arts Centre Corporation, she has also published non-fiction genealogical articles throughout North America. As a girl, Marianne fell in love with The National Geographic Magazine and dreamt of exploring the world. With her recent visit to Antarctica, she achieved her goal of stepping foot on every continent. The mother of two grown children, Marianne and her husband live on the shores of the St. Mary’s River, which drains Lake Superior on the outskirts of Sault Ste. Marie, Ontario, Canada. She continues to research family history and write non-fiction genealogical articles. In addition, she is working on her second novel and planning further adventures.