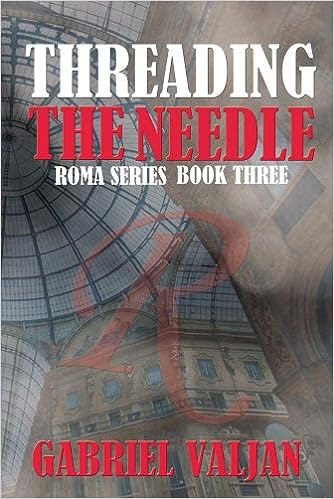 Milan. Bianca’s curiosity gets a young university student murdered, but not before he gives her a file that details a secret weapon under development with defense contractor Adastra. Guilt may drive her to find justice for the slain Charlie Brooks, but she is warned by the mysterious Loki to stay away from this case that runs deep with conspiracy. Bianca must find a way to uncover government secrets and corporate alliances without returning Italy to one of its darkest hours, the decades of daily terrorism known as the “Years of Lead.”

Wasp's Nest ended in Boston with a surprise visit that brought Biana Nerini great happiness and drew her back to Italy. This time the group - Nerini (Alabaster Black), Dante, Gennaro, Farrugia and Alessandro  - have been shipped off to Milan, to be later joined by Silvio. The plot begins with a clandestine meeting between Nerini and a university student named Charlie Brooks. It all goes quickly bad and Brooks ends up murdered.  This is the opening volley in a new international intrigue with a company called Adastra positioned right in the middle.

Burdened down with guilt over Brooks murder, Nerini searches through internet files to try and unearth the secret this student had come to share. U.S. Attorney Michael Farese shows up to stir things up and no one on the investigative team can figure out if he is there to help or is a secret foe involved in the workings of Adastra. Nerini's illusive internet contact - Loki - also becomes a big question mark. Is he/she there to help or hinder? This question creates serious tension with Dante in particular at times.