Brian Jessel BMW Cabriolet 2016 - Behind the Scenes With Diana Zoppa 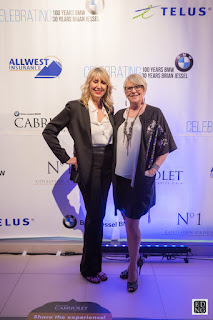 The 11th annual Brian Jessel BMW Cabriolet Charity Gala in support of Pancreatic Cancer research was held in March and I was honoured to again be invited as media. This is a luxury event from start to finish. Guests are treated to fabulous drinks, wonderful food, a fashion show, music and more. And all come ready to stand behind Jessel in raising funds for Pancreatic Cancer research - a cancer that took his father.

While I did an event recap for Metro Living Zine, I always enjoy learning a little more about what happens behind the scenes, so I reached out to the dealership's Marketing Manager, Diana Zoppa. 2016 was her third year of chairing Cabriolet. What does it take to plan, prepare and run an event of this magnitude. Some of the answers are below. I hope you enjoy this Q and A as much as I did.

How did you come to work for Brian Jessel BMW and what is your position?

My path to Brian Jessel was almost by fluke and a very good story....Brian is an old friend and the opportunity to work with him or for him had never crossed my path. I have had my own company, Zoppa Media Group, since 1991 and have had numerous clients over the years. 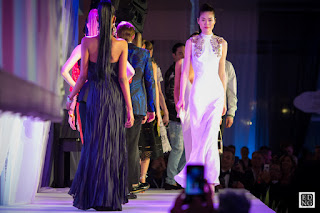 As the story goes, I came to meet my predecessor one afternoon in February 2014, to sell him a sponsorship for Luxury Supercar Weekend. One conversation led to another and the next week he hired me to organize Cabriolet in 2014. The night of the event, a minor hiccup, shall we say, happened which proved to be in my favour and the rest is history. I am still here two years later!

What do you love best about your career?

Marketing in general is my ideal and fits my personality perfectly. I have had one of the most interesting careers anyone could ever dream up. I could never have predicted where my expertise has taken me, such as how I came to Brian Jessel.

What I love most about my career is how every year and every opportunity built on the next level, over and over again, year after year. I never believe I can't do something. 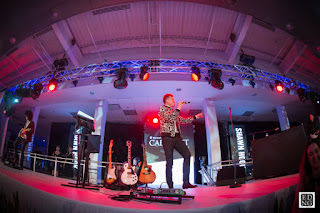 I know you are the Cabriolet Chair. How long have you been involved with this Gala? From high to low what jobs does a chair take on? 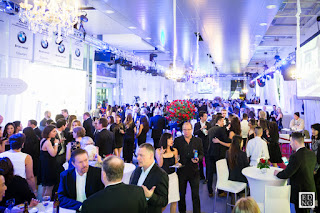 This was my third Cabriolet in 2 years. As mentioned, I was retained to organize May 2014, then again in May 2015. This year we moved the event to coincide with the 100 years of BMW celebration in Germany. We have decided to keep the event in March so we can focus on the marketing department in general for 3 solid quarters.

The Chair oversees every component of the event -  budget to volunteers. concept to committee. Each area requires key people to organize under the Chair's orchestration. It's an intricate procedure and works best by planning backwards. Set your goals, then plan the concept. Many components fall into place naturally but key people and clear vision guarantees the outcome.

Why was Pancreatic Cancer chosen as the event's charity?

Cabriolet has generated between $1.5M to $2M since it's inception for a number of charitable organizations. In 2010 Brian's father was taken by Pancreatic Cancer. Brian made the decision this was to be the charity for Cabriolet.

Since I have been part of the event, I have learned a great deal about this particular cancer and can honestly say, raising money for the research is still vital. Pancreatic Cancer is much different than other types of cancer with how it reacts to treatments and statistically it has a very, low survival rate. The BC Cancer Agency is working to develop hopeful strategies to extend one's life, but much more research is needed to understand this strain.

Please share something about the planning involved in such a successful high end event? How many months ahead of time do you start? How do you get food, auction and silent auction sponsors? 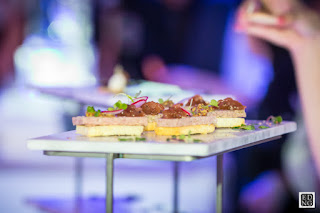 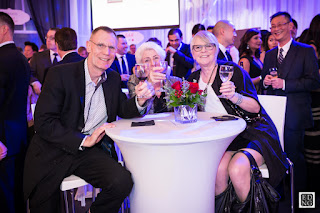 I have been planning events for a long time and have seen the evolution of the fundraising industry. Fundraisers are a staple in the Vancouver social scene and every charity, non-profit, school, club or you name, fundraisers.

There a so many elements that must be determined before the fundraising process starts. The Who, What, Where, When, Why’s must be answered. Depending on the size of the event and the venue determines many decisions. If you have an event in a restaurant, you may have less details given it is not an empty shell to work with. You add some décor, the staff is there, you have a kitchen, bars, it is somewhat easier on the site level. When you transform a car dealership or a hotel ballroom, you start from scratch. Cabriolet always takes a minimum of 48 hours to set up the scene.

For me, preparation for an annual event occurs when the current one is happening. I am evaluating everything as it occurs. Is it working or not? I am meeting people to seek sponsorships and partnerships. What did people like and dislike about the night? How to improve next time? Then the follow up is crucial with current partners. Get their confirmation for next year while the current one is in play. Start your plan the next day with all the memories and new ideas. I build on one year to the next. 6 – 8 months out is not too early to plan large fundraisers. Sponsors and partners should be committed nine months to a year out. This gives you your base to work on with selling the event to others.

Once your concept is in place, putting the details together comes with thousands of phone calls and connections. Attaining auction items and evening elements has to be sold to committee and staff first, then to contacts and interested people. Certainly there is a percentage that come to us from word of mouth, but the majority of partners we put together are friends and associates looking to gain exposure in new markets and different settings. When you have a proven event that is known, people are more inclined to participate versus a first time event. That is when connections are a must.

How many people are involved each season - food, drink, organization, fashion show, volunteers, etc.? How to you find and organize this many people? 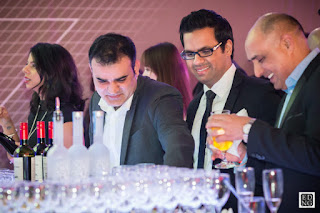 For Cabriolet, there is a core team within the marketing department. Each year, I determine the components and each area is assigned to specific people on the team.

These pasts three years, Susanna Stewart has been our Marketing Coordinator and Cabriolet Coordinator. Next year, she will Co-Chair with me. Susanna headed all Operations and Site planning which included the coordination with Volunteers, Restaurants, Security, Permits/Insurance and overall event coordination.

Caroline Cheng is our Marketing Assistant and for the past two years has managed the Auctions, both Live and Silent. This includes all the set-up, collection of items, follow up and money collection, pick-ups and delivery. Caroline also handled the majority of administrative responsibility. 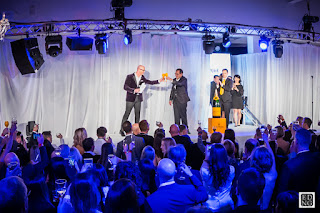 Hamish McDonald, our Digital Marketing Specialist managed all web and digital requirements with ticket software, email blasts and messaging, social media prior and post. He organized the evening visuals in coordination with Show Max Productions our Production team, headed by Dan Sabina.

The number of people involved to put this together is in the hundreds. This includes paid and unpaid participation. The ShowMax team has 30+ for building the show and executing the night of. We had about 75 volunteers the night of the event between the charity, BJBMW staff and LGM, a group who donates people to assist us. Susanna and I both have a number of organizations that we go to for events, who have people willing to volunteer their time. We do have paid staff with bartending services and clean up as this can sometimes be done by volunteers, but not for this size of an event. 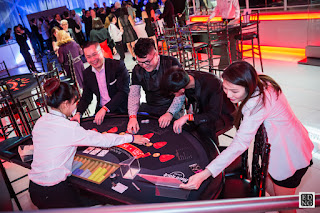 Can you share one special moment from behind the scenes either during the planning stage or during the evening? Something we as guests would not have seen.

Well, this year was planned especially with Brian in mind. We recognized his 30 years in business in coordination with the 100 years of BMW. Brian was unaware we had an early, private reception organized for him. I met him at the door at 6:10pm, prior to the main event, and I was able to walk him through the showroom, have a photo with the roses, then walk down the back hall to his friends who were waiting for him. It was so special to have that one on one time with him prior to the big show. I loved it!

I was personally overwhelmed by the generosity of those in attendance who enthusiastically responded to portion of the fundraising. What was the total amount raised?


You are right, it was amazing! We have such great friends, colleagues and customers who came to support this evening. We will be giving $100,000 to the Pancreas Centre BC under the umbrella of the BC Cancer Agency. It is such a great number to give and every year we keep adding more and more to the bottom line. 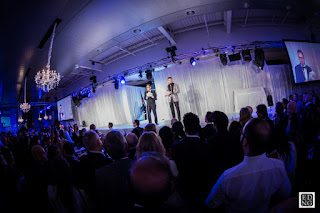 When does the planning begin for 2017? Any hints to entice us?

There is plenty completed already with sponsors and I have secured a number of this year’s supporters by means of restaurants and vendors.

For next year, we have two concepts in mind and can say “bigger” name entertainment will always be on the ticket. We caught a rising star this year with Shawn Hook and we wish him great success with his career. 15 years ago, another associate and I hired Michael Buble for a fundraiser at the cost of $1,000. His people told me $1M to come play this year! I hope to have passed on the same luck to Shawn Hook!