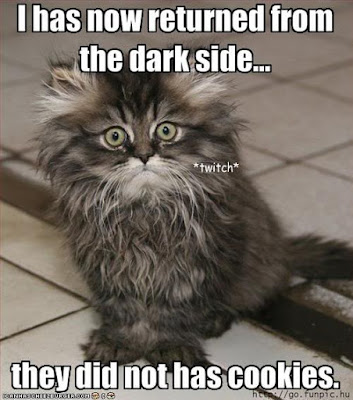 I don't know about the rest of you, but the older I get, the more grumpy I am after medical tests. Why? I think it's because each year my very careful doctor adds to the list.  And each new test done seems to find a new "better keep an eye on that" to watch. This really does bring home that one is aging and that the body is no longer as youthful or as indestructible as you thought.

Yesterday it was time for my next mammogram. After my last one I received a call-back. The hospital had just converted all the old film into digital by scanning them in, so the call back rate was around 30% - pretty high.  Everyone assured me it was nothing, but in the end I had to have a second set of special ones done as they found what they think is a small calcium deposit.  Another new thing to keep in eye on obviously.

This is actually a pretty normal occurrence for someone my age. It did hit me hard, though, as I had a friend who was told this exact same thing, but it turned out to be cancer and she had to have a mastectomy.  So it wasn't easy to brush off.  They decided I needed to come in again in six months for a follow up and sent the recommendation off to my doctor who would normally request the next appointment.

When I went in for my physical this year I mentioned this as it seemed too much time had passed. Somehow my normally very careful doctor had missed this. She immediately sent in the request, but it wasn't until I was there I found out it had actually been 18 months. The technician was really concerned, so the appointment started with a serious lecture. DAMN! The appointment went on to include the normal scans plus the extra close-ups of the spot.  I guess things looked okay as they told me the recommendation was 12 months for the next follow up. Whew! 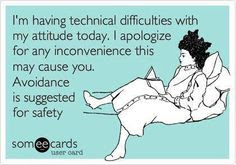 It was on my way home that I started to fall apart.  The tears came freely. My annual checkup this year had produced quite a long list of tests and it was taking 6 months to complete them all. Each was to explore another concern. I was beginning to feel the weight and burden of each test and each result. The worry is always there that one day it won't be let's watch - it'll be something scary that needs to be dealt with. 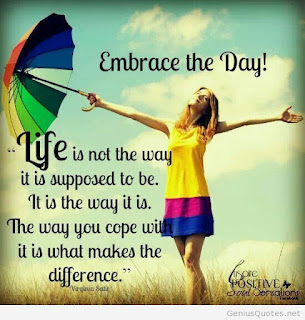 The tears turned to a serious case of bitchy and grumpy.  Instead of knocking myself for not looking at the positive, without apology I took a day and allowed the feelings to wash through while trying not to take it out on any family members. There is something to be said for not berating yourself when you're feeling down or grumpy or angry or sad or bitchy. I didn't want to hold onto these feelings or wallow in self pity - I just wanted it to allow this truth to express itself and then encourage it to move on. My dark moods just seem to pass quicker this way.

A very wise friend once told me that all emotions are real and need expression. What we need to let go of is the story - the why - as that is what binds that emotion to us. Without the story, the expression of the emotion will wash it out of our system.  It passes.  Having tried this technique several times now it seems to work very well for me.

Already this morning I've found myself grinning as I wander through my news freed and a couple of posts have brought healthy chuckles. The dark mood is gone and the beauty of a new day has taken it's place!
annual physical. bitchy dark moods. no apology grumpy Let yourself be grumpy mammogram medical tests Other