Appointment with ISIL: An Anthony Provati Thriller by Joe Giordano 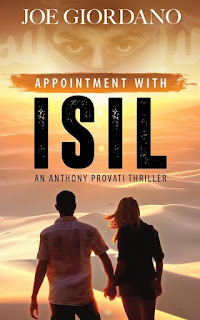 Synopsis -
This time, Anthony's libido threatens his life. He flirts with Russian mob boss, Gorgon Malakhov's mistress. The Russian deals in death. ISIL, the Islamic State in the Levant, wants the product. Russian Intelligence supplies the means, and an art theft funds the scheme. ISIL's targets are chilling. The chase across the Mediterranean is on. Can Anthony thwart ISIL? Will he survive?

Appointment with ISIL has an unusual story line. While ISIL is featured at the very beginning and returns towards the end, Most of the story is set in North America and focuses on Anthony and his problems with the mob. It all began when he flirted with a mob boss' mistress and his troubles grew to epic proportions when she decided he was the one that would help her get away from this vile monster.

Anthony falls in the anti-hero category for me, but just over the line. He's not a bad guy, just a flawed one who makes a lot of not so great choices.  But his heart is in the right place and he steps it up when it becomes clear the mob is going to supply ISIL with a devastating resource.  His key to getting information he can pass on to the government is the very same mistress, putting her life in serious jeopardy.

As we follow the quickly moving story line, we are offered art theft, international travel, life-threatening moments and an unexpected twist towards the end that will definitely surprise you. I can't say more as I don't want to spoil it. 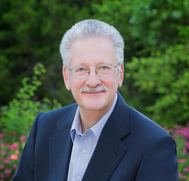