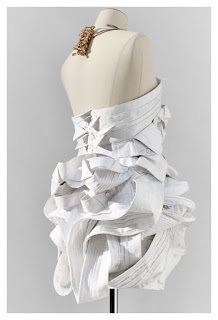 Since September 2007, I have been in my media seat for hundreds and hundreds of fashion shows - Vancouver Fashion Week, Eco Fashion Week, Couture Fashion Week, Montreal Fashion Week (folded), fashion design school grad shows and solo designer shows.  It has been an incredible experience and I always leave inspired.

For those who do not know - I sewed dance costumes professionally for five years, everything from jazz pants to tutus. When watching these shows there are several things that catch my eye.  Lush or unusual fabrics, interesting silhouettes and proportions, and ultimately strong tailoring and finishing skins. Please, please don't let me see unclipped random threads waving in the spotlight!

Every now and then over the last decade I dreamt of creating a unique fashion show of my own, but I never had the resources to make it happen. I assumed it would always stay simply a dream. Then a few weeks ago, Eco Fashion Week Australia (EFWA) unexpectedly took my dream and made it a reality.

When EFWA founder Zuhal Kuvan-Mills reached out and offered me the opportunity to step behind the scenes creatively, I was floored and utterly grateful.  I knew immediately I had to find a way to honour this gift through my show's concept and also be true to who I have always been as media - someone who supports the industry as widely as possible.

After two weeks of letting ideas flow, I settled on an upcycling challenge which I felt was fully in line with what EFWA was all about and I chose to focus this time around on designers early in their careers. I also wanted a mix of Eco and non-Eco designers. And they had to be designers not already signed up to show at EFWA. Each was asked to create a single runway look from used men's dress shirts - thrift stores, flea markets, friend's/family's castoffs, etc. They would be encouraged to step out of the box. Creativity, dream big, think unique and stretch yourself artistically were the ideas I encouraged them to embrace. Each were also asked to not just use the shirts as fabric, but to try and include at least one detail from the original garments. 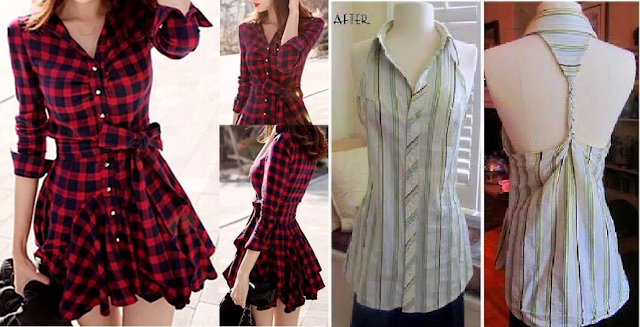 Idea finalized, I began to reach out to designers I had been privileged to see on the runway. I started by going through all my VFW write-ups from 2014 to 2017 in particular to help me bring in artists from around the world. Then I moved into my write-ups for other shows I'd attended. Some artists I knew fairly well as I had been covering them for awhile. Others I had only seen their work. And in the end, to widen the countries represented, two came to me through recommendations. While there were a few no's - the response overall has been incredibly positive.

Zuhal generously increased the spots available from 15 to 20, which quickly filled up.  Then through a mistake on my part, I realized I actually had 21 confirmed - so 21 it is, representing 12 countries! 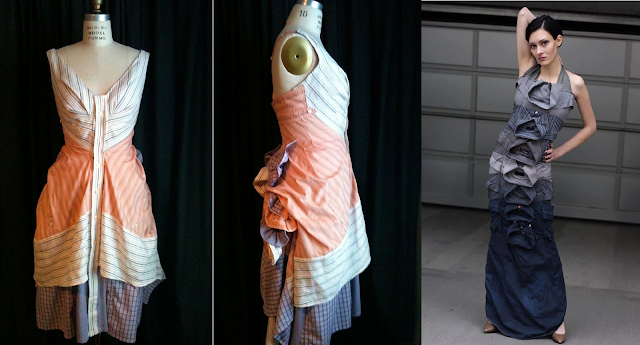 I could not be more excited about the amazing designers who have chosen to participate. As I wait for proper designer images and information so I can do the official EFWA press releases, I decided I couldn't wait any longer. SOOOO -  I'm sharing it first with you on Olio By Marilyn.

Here is the final list of fashion designers by country who will be bringing their artistry to the first ever EFWA Upcycling Challenge by Marilyn R. Wilson!