The Love Fool: A Rome-antic Comedy by Lorenzo Petruzziello 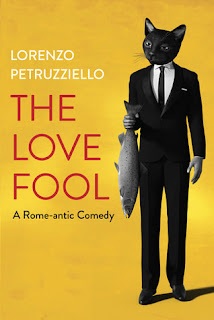 Set in Rome. Follow the whirlwind antics of a publicist as he struggles to manage his first TV chef client, his new life, and an unexpected visit from his ex-girlfriend.

Alex recently moved to Italy for an opportunity at a PR firm in Rome. His first client is the beautiful Danish chef Pernille Bjørn, a popular model, TV personality, and cookbook author just entering the booming televised cooking show market in Italy.

Alex's single-minded career focus is soon thwarted by Emily, an ex-girlfriend he hasn't heard from in almost a decade.

You came to writing at a later age, after earning an MBA and working in the field of PR/Marketing. What was your journey from that career to writing and publishing your first book?

Well, to start, I never thought I would be a writer of a whole book. I’ve written press releases, promotional scripts, and web content, but never had to really write a long form piece – other than at university. I’ve always had ideas for stories, but I never really gave myself the push to actually write them. I’ve taken notes, jotted ideas down, and daydreamed about stories, but never took the opportunity to write any of them. Maybe it was time – finding the time to write is very difficult.

It wasn’t’ until I moved to Rome temporarily in 2011, that I had that time. I was working freelance blogging about food in Rome, which forced me to walk around and explore the city well. But the gig was part time – and finding a full time gig was difficult - so I had a lot of free time to explore. But I wanted something to give my time in Rome a purpose. One morning I woke up and thought – I should write and see if I can write a book. I started and immediately the story just flew out of me. But without that time, I don’t think I would have written THE LOVE FOOL.

Where did the inspiration for THE LOVE FOOL come from? For the characters who make this story come alive?

The city of Rome itself had a lot to do with the inspiration for THE LOVE FOOL. I walked around the city and got to know her well. I fell even more deeply in love with her. Immediately, I knew I would set my story there – and not just make Rome the setting. I wanted to make the city a part of the story itself. My story was influenced by Fellini’s La Dolce Vita, I wanted a celebrity. In the film the celebrity was a Swedish movie star, but in THE LOVE FOOL, I kept her Scandinavian, but instead of a movie star I made Pernille a model TV chef – because it seemed to be the popular thing. Pernille’s work forced Alex to have a similar profession to my past – pr/marketing for cooking and travel shows in USA – because it was what I knew and thought it would be interesting. The romantic and not so romantic part of the story… well, that’s just my Italian passion on display.

What research did you need to do to make sure the details were accurate?

Fortunately, my part-time gig – writing about foods of Rome – required me to bop around the city, meet locals, and taste the delicacies. A very daunting task as you can imagine – joking. But this is what helped me really put Rome inside THE LOVE FOOL.

Writing is very tough. Especially when working full time. But I come up with ideas usually when I’m commuting to work and back. I have to repeat the ideas over and over until I get to my destination and type them out. If I can write them down in between, I do. And I found that listening to music helps me to write. So, when I’m home on weekends and inspired to write – because you have to be inspired – I put on some music and type away.

What did you enjoy about writing process? What felt like a chore?

Letting all the ideas out and letting them flow. I just write whatever comes to mind and worry about editing later. I know the first attempts are crap, so I don’t bother with how bad it is. I just let it out and then go back to it all later to edit or adjust. It’s not a chore – otherwise what is the point? I write because I enjoy it. If it were to become a chore, then I worry it would reflect in the writing and the story I try to tell.

I’m a bilingual Italian-American born and raised in the USA and spent my summers in Southern Italy. I love to travel. I go to Europe once a year – mostly Italy. My travels inspire my writing and I blog about it on my website magnusmade.com. When I need a mental break from writing, I enjoy cooking and baking.

Do you have ideas rolling around for a new storyline or perhaps a second book in progress?

Writing THE LOVE FOOL was a challenge to myself to see if I could actually write a whole book. It feels awesome to see that I achieved that! I want to challenge myself again with another book, but kick up the challenge by switching genre. I’m attempting to write a noir-style story – we’ll see what this new story will end up becoming, but noir is the goal for now.

Any advice you can offer to others who are working full-time, but still dream of writing a book?

I want to reiterate a couple that I’ve mentioned and a couple more. 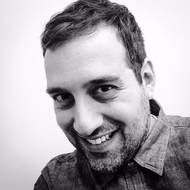 Lorenzo Petruzziello holds an MBA in global marketing from Suffolk University in Boston, Massachusetts. His background includes publicity and marketing for many of public television’s popular cooking and travel shows. He lives in Massachusetts focusing on his writing. THE LOVE FOOL is his first novel.
​Connect with Lorenzo: Website ~ Blog ~ Twitter ~ Facebook ~ Instagram