Crimes Past (A Mac Faraday Mystery Book 13) by Lauren Carr 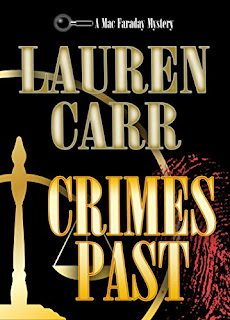 "Lauren Carr could give Agatha Christie a run for her money!" - Charlene Mabie-Gamble

It’s a bittersweet reunion for Mac Faraday when members of his former homicide squad arrive at the Spencer Inn. While it is sweet to attend the wedding of the daughter of a former colleague, it is a bitter reminder that the mother of the bride had been the victim of a double homicide on her own wedding night.

The brutal slaying weighing heavy on his mind, Mac is anxious to explore every possibility for a break in the cold case—even a suggestion from disgraced former detective Louis Gannon that one of their former colleagues was the killer.

When the investigator is brutally slain, Mac Faraday rips open the cold case with a ruthless determination to reveal which of his friends was a cold-blooded murderer.

This 13th book in the Mac Faraday Mystery series opens in the past at the wedding of 2 members of Mac's former homicide squad.  The flashback ends when someone goes to looks for the newlyweds as their guests are getting antsy and finds them both murdered in their private room. Then Carr whisks us to the future for another wedding - that of the daughter the slain female police office.

Mac decided to offer as a wedding gift to the bride, a fully paid affair at Spencer Manor including not only the wedding itself, but the cost to host all the guests.  Driving the decision to offer this incredible gift lurks a second ulterior motive as well.  He promised the young woman those many years ago that he would find the person who murdered her mum. Instead the case has gone cold.  So this is his last chance to have all the suspects in one place and hopefully finally give her closure.

Things to NOT go smoothly.  First the lead investigator on that cold case killed and the hotel damaged. Another involved is flung from her balcony. After the wedding everyone will be returning home closing the door on this opportunity once and for all.  Can Mac stop the killer from claiming more victims and finally find the answer the young bride deserves? The clock is ticking - and the answer doesn't come until those final pages.

Another great title from mystery writer Lauren Carr.  Can't wait for her next!

Buy Crimes Past: Amazon Add to Goodreads​Watch the trailer: 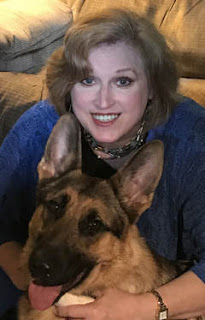