The Ghost by Henry Kellerman 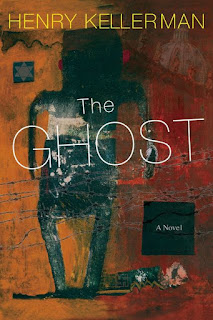 Assassinations, a love story, a kidnapping, and many twists and turns characterizes this riveting novel of historical fiction, circa 1958, thirteen years post World War II.

Events are uncovered where The Ghost, a powerful Vatican Bishop, is sending assassins to retrieve a secret tailpiece – a hidden extension of the 1942 Wannsee Conference Papers that underpinned the Holocaust against Jews. Only two copies of this tailpiece remain where names of thousands of high level Nazis such as Eichmann and Mengele are listed along with their future destinations – should Germany lose the war.

At the same time, New York City detectives working with British M16 secret service, and Israeli Mossad agents, get Nazi hunter Simon Wiesenthal and his group, (including an Israeli sanctioned killer) involved in order to find and send the crucial coded microfilm to England’s renowned decryption center. Now, in 1958, these Jewish Nazi hunters will not forgive and not forget.

This story is newsworthy testimony regarding the villains who are actual historical figures and are named. Fitting it all together (as in the screenplay based on the story titled: “We Will Find You,”) is the avenging drama of the novel.

The Ghost by Henry Kellerman is an international thriller set in the 50's with a unique, intricate plot. It starts with the attempted murder of a young man - unsuccessful thankfully - and then follows the lives of several characters as they move around the globe trying to unwind all the threads leading to a secret group in the Vatican who have been hiding Nazis around the world. At the centre is a hidden copy of a list of locations for thousands of those secreted away, and the unconscious young man the only person who knows where it is.

I have to admit I am torn on how to review this book.  There are two sides. The author is an accomplished writer and that shows here.  The plot is intricate and well thought out, the characters believable and the editing strong.  However, there is a but. Somehow I was not drawn in emotionally. I tried to figure out the why given the strength of the writing. While not sure I am right, I think too much time was spent focused on conversations between the characters to tell the story - history, people, who's who, what the next step is, etc. I personally think more of the story needed to evolve naturally through following the characters actions as the storyline unfolded instead of happening through long discussions.

That said, perhaps this style of storytelling could hit the sweet spot for those drawn to historical fiction. Readers will definitely walk away with an understanding of the era and the passions of the characters we meet. 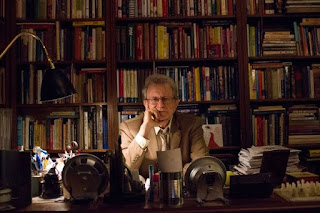 Dr. Henry Kellerman, psychologist / psychoanalyst / author, is a practitioner in New York City. His more than 50 years of treating individuals with a host of humanity's psychological/emotional struggles as well as his more than 30 books published, is testament to his virtuosity AND SKILL in the telling of compelling stories.