International Women's Day - The WHY behind the founding of SheTalks

SheTalks held our first event in March 2015 to celebrate International Women’s Day (IWD). IWD celebrations are not planned by one government nor any single entity – instead events and celebrations are planned and run by a host of organizations.

Across the globe, women still don’t earn as much as men. Despite some amazing women heads of state, there is still no gender equity in most governments and businesses and, of course, many still suffer from gender-based violence. We at SheTalks hold our events to provide a platform for women to share their voices and experiences and to lift us all up. 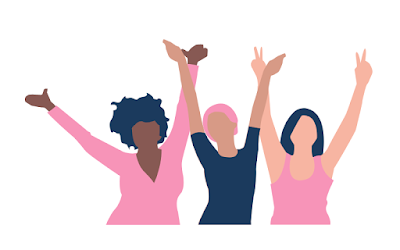 IWD originated in calls from women from different parts of the world to create better conditions for women workers. Although IWD is now an official holiday in over 25 countries (not Canada) and there is still work to be done.

IWD has its roots in the early twentieth century. One of the precursor events is held to be the 1908 walk out by women and girls garment workers in New York which led to the Socialist Party hosting an event on 28 February, 1909. This was added to in 1910 at the International Conference of Working Women (also known as the Socialist International) held in Copenhagen, Denmark.

Clara Zetkin, head of the ‘Women’s Office’ of the German Social Democratic Party proposed that every year each country should host events to press for women’s rights and demands. There were over 100 women in attendance from 17 countries, from unions, working women’s clubs and socialist parties, including Finland’s first 3 women parliamentarians and the proposal was passed unanimously.

Fun fact – Finland is the first country in the world to enfranchise women at the same time as men.

In 1911, over a million women and men rallied across Switzerland, Austria-Hungary, Denmark and Germany to demand rights and votes for women under the banner of International Working Women’s Day. By 1913 Russian women marched on the last Sunday in February with demands that included peace. Likewise in 1914 prominent British Suffragette, Sylvia Pankhurst, was arrested on her way to speak for peace at Trafalgar Square in London on March 8th. Russian women marched again in ‘Bread and Peace’ protests in 1917 beginning on the last Sunday in February, helping push the Tsar to abdicate four days later. The then provisional government granted women the vote.

That ‘last Sunday in February’ in Russia was the same day as 8th March on the Gregorian calendar used in the West. So when the United Nations declared 1975 International Women’s Year, they chose March 8th. Our event is on March 9th as the nearest Saturday.

In celebration of women around the globe, we hope you will come and join on us on March 9th from 10 a.m. to 4 p.m. at the Elements Casino (17755 60 Ave, Surrey) to hear our 16 diverse speakers, enjoy complimentary lunch and have a chance to network with many others. We guarantee you will leave inspired!