Perils and Pearls: In World War II, a Family's Story of Survival and Freedom from Japanese Jungle Prison Camps by Hulda Bachman-Neeb 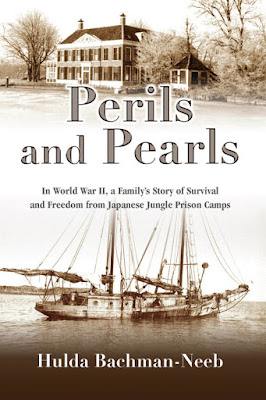 "The story of our Dutch family being ripped apart isn't unique. Millions suffered beyond description during the war. However, today, I have the opportunity to share our story with others so that they may know just how priceless their freedom is. That is my sincerest wish in bringing this book to the general public." - Hulda Bachmann-Neeb

In World War II much of Asia fell under Japanese control after the attack on Pearl Harbor on December 7, 1941. All non-Asians were imprisoned in concentration camps until August of 1945, the end of the war in the Pacific. This is the story of a Dutch family, resident in the Dutch East Indies, that fell victim to the Japanese occupation and was interned in jungle camps throughout the war. It tells the journey from riches to rags, from fear and suffering, to the joy of freedom and recovery.

As an author who has interviewed people for over a decade on their life journey, I have come to realize how important these personal stories are. Perils and Pearls discusses an event in history that I had heard nothing about - the Japanese imprisonment of Dutch nationals living in Indonesia in the 1940's.  Why, I wonder, was this not a part of the history I learned growing up?

Perils and Pearls starts by exploring a bit of Dutch history, focused largely on the author's ancestors.  She also covers how the Dutch came to be in Indonesia and about the deep love those born and raised there had for this country. As she and her brother were very small children when the Japanese arrived in the town they were staying in, much of this story was built on her mother's reminiscences as well as supporting research.  How they lived in these camps, the lack of food, the almost non-existent medical help, the dysentery, the hunger - it's seems unbelievable so many survived.  It's also hard to imagine one human being could do this to another. Yet being in a camp for women and children meant they had it much better than others. The camps for men, especially the ones holding captured soldiers, were known to offer brutality on a much higher scale.

I was surprised as I began to find approximately the first 30 pages focused on the history of the Dutch, especially the author's ancestors. I'm not quite sure how much of it was actually relevant to introducing the story she wanted to share. That said, I am glad I read this book. It's the first account of this moment in history I've run across. And as I said before, I think it's extremely important that individuals step forward and share their stories so these times are not forgotten. There are lessons to be learned. 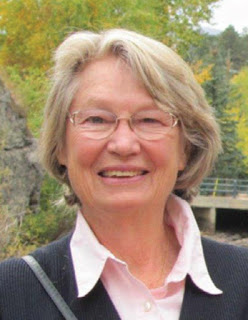 Hulda Bachman–Neeb was born in Indonesia of colonial Dutch parentage two years before the Pearl Harbor attack on December 7, 1941. Because much of Asia fell under Japanese control, all non-Asians were imprisoned in concentration camps until August of 1945, the end of the war in the Pacific. As a member of the Dutch Foreign Service in her adult life, Hulda held assignments in twenty-five countries over a period of thirty-six years, retiring in 1996. She is married to an American, James Bachman, a historian and author, and has dual citizenship. Hulda and her husband live in Estes Park, Colorado.