A Goddess Among Men by Daniel Davidsohn 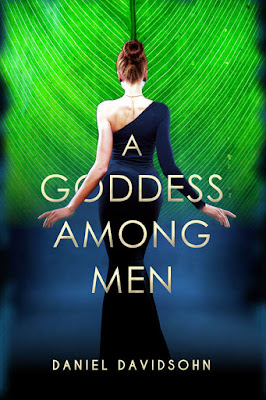 From the primitive ruggedness of the Amazon rainforest to the privileged society of New York, three generations experience triumph and tragedy in this saga of loyalty, corruption, greed . . . but one woman has the power to change it all.

In 1907, Julian Welch and Alan Reid meet by chance in the jungles of the Amazon attracted by the riches of the rubber boom. Pioneers in an era of uncertainty, they form an unlikely alliance and establish the foundation for a successful empire, Reid & Welch. However, with Julian's death, the empire is left to Alan, as is the responsibility for Julian's newborn daughter, Christel.
Yet for Christel, there’s no growing up as a privileged heiress. Instead, Alan subjects her to a life few endure, much less overcome. Through her will to survive and being as uncompromising as she is beautiful, Christel puts the horrors of her past behind her and begins to build a seemingly bright future. But when the success built on corruption starts to crumble, Christel will be forced to address the past or pay for the sins of the fathers.

I had not read any books by this author before, so opened A Goddess Among Men with curiosity.  Would I enjoy it? The answer was a yes. While A Goddess Among Men is categorized as a family saga, historical fiction and thriller, at it's core I would say underneath it all, it's a classic story of good versus evil. It also shows the grey area so many of us walk in despite our best intentions.  A warning - there are some really dark parts to this plot.

Julian Welch is a young man with a good soul and honest intentions.  Alan Reid is an opportunistic, controlling self-centered, amoral person looking for riches and willing to do anything to anyone to reach his goals. They connect when Julian arrives in the Amazon attracted by the promise of riches.  These 2 opposites become business partners and create an empire.

Once rich, Julian uses his money for philanthropy until the day he dies. Alan, however, continues to look for ways to control and use others to his advantage, including Julian's new baby daughter - Christel.  She becomes a much abused pawn in his international dealings. Then one day she walks away and steps into her power. She chooses a path for the business that takes it in a philanthropic direction. She marries the love of her life and has a son who she adores. But the business's dark past comes back to haunt her in the end.

This story encompasses 3 generations and 3 continents, always complex, yet does it without becoming an enormous tome.  The story flows easily and at just the right pace, with just the right amount of time spent at each step along the way. There are dark times here. One night I struggled to sleep worrying about Christel as a baby and the evil Alan had planned for this innocent.  How is that for drawing a reader in?

A great read. I'm going to have to check out some of Davidsohn's other titles. 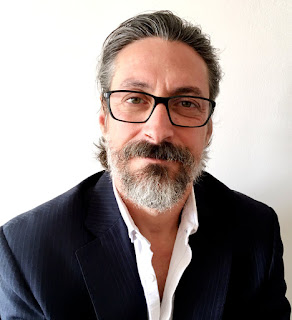 Born in 1969, Brazil, Daniel Davidsohn's novels have been called exciting, gripping, and engrossing, garnering him praise and rave reviews. He is passionately attracted to unfamiliar things and enjoys taking readers off the beaten path. His books include From The Nile to The Euphrates (2009), Mare Crisium (2015), A Higher Power (2016), The Karma Code (2017), Leave Her Out, a 2018 Readers' Favorite Book Award Finalist, and A Goddess Among Men (2020).