Life in the Camel Lane by Doreen M. Cumberford 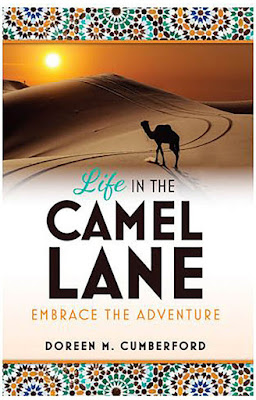 Life in the Camel Lane: Embrace the Adventure is what Doreen Cumberford, a Scottish author, calls her learnoire! It is a combination of her story and the stories of other expats learned while living in Saudi Arabia for 15 years as expat employees or spouses.


IN 1995, DOREEN CUMBERFORD catapulted herself into an extraordinary adventure halfway around the world. Leaving a comfortable American lifestyle, she moved to Saudi Arabia with her husband and toddler. Instantly assaulted by culture shock, they had to quickly adapt to a complex multicultural lifestyle inside a corporate compound. Danger was never far from their threshold, including the events of 911 and the Iraq War. At the same time, they discovered surprising and wonderful connections between East and West, including the charismatic lifestyles of middle-class Saudi women behind closed doors.

Doreen and her family grew to love life in the Camel Lane and discovered a growing passion for multiculturalism and global living. However, upon returning to the US, they discovered they no longer fit into their old life. With compelling honesty, Doreen describes their most challenging journey: creating new identities as citizens of the planet. Her story provides insightful inspiration for anyone longing to embrace the world as their home.

From the moment I began running my first interview, I discovered a passion for hearing people's stories, especially those lived in a unique way.  Life Outside the Camel Lane offers me just that. It is a personal memoir of the author's many years living in a corporate compound in Saudi Arabia.  As well she reached out to other ex-pats and sprinkles their memories here and there to give us an even more diverse picture through-out the book. But the main story is hers.

A willing and adventurous traveler, she didn't think twice when her husband was offered a position with Aramco. She folded her business, bundled up her toddler and embraced this new adventure. The family first landed in Japan where they spent a few years surrounded by a bustling and vibrant energy.  Then it was off to Saudi Arabia and life in the dessert living in a gated and guarded community. Cumberford was living as corporate wife and mother surrounded by people from many different cultures and religion. The compound was full of activities, but is was still a fenced in area. This became more claustrophobic after 911. The call to prayer five times a day became a rhythm that defined their day as everything would close down when it rang out.  It was sometimes challenging for the family to make the mental shifts required to be able to embrace all the wonderful experiences this new place could offer. But face it they did and it was worth the effort.

With honesty, Cumberford shares about her choice to sometimes wear the traditional abaya out in public (there were some benefits), the difficulty getting groceries, the hoarding that took place when you found a rare item, her interactions with the multicultural community within the compound as well as those experienced on her excursions out into the exotic world that surrounded her such as a visit to Bedouins. I really loved the Taco Bell story she shared about another couple she knew.  And all through the book, the authors shares about how these experiences opened her up, widened her vision and changed her in wonderful ways. 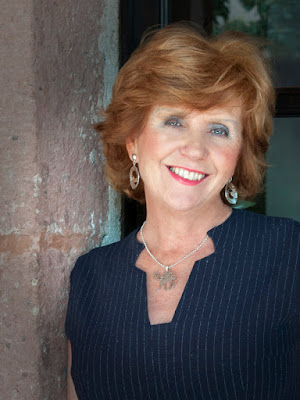 Doreen Cumberford is a Scottish expat author who has been global traveler for more than four decades. In her 20's, Doreen left her home in Scotland and drove down to London to become a member of Her Majesty’s Diplomatic Service, the Foreign and Commonwealth Office. Her first posting was as the youngest and most junior British Embassy staffer in Cameroon, West Africa. Later she moved back to London and took a position with an American oil-field construction company based in Dubai, the United Arab Emirates. After moving to America, living in Louisiana then California, two extremely different cultures in the USA, Doreen and family moved overseas to Japan then spent the following 15 years in the Kingdom of Saudi Arabia. With 13 major moves under her belt, she understands the value of moving, building a new life and handling inter-cultural hurdles. One constant has been her ability to explore through the lens of adventure. Her stories are full of multi-cultural intelligence, messy multilingual communications and multi-global perspectives.

Doreen is currently based on Denver, Colorado, although spends most of the year living adventurously in the House Sitting Lane, which takes her around the globe. Currently she is doing her best to install Spanish in her brain which previously had French and smatterings of Japanese and Arabic. She is passionate about cultural intelligence, global heartedness and life on the road. Featured in the Anthology: Empowering Women, and a co-author in 2018 of Arriving Well: Stories About Identity, Belonging and Rediscovering Home After Living Abroad. 2020 sees the publication of Life in the Camel Lane: Embrace the Adventure. Honest, compassionate, full of wisdom and inspiration, Life in the Camel Lane comprises stories mostly from women and men who lived in Saudi Arabia from 1950s onward. This memoir contains expert advice sage wisdom and stories that all globally mobile families can use to navigate their international journey. The principles in this book will also encourage anyone who is embracing a more adventurous life, or considering taking the leap to move overseas.