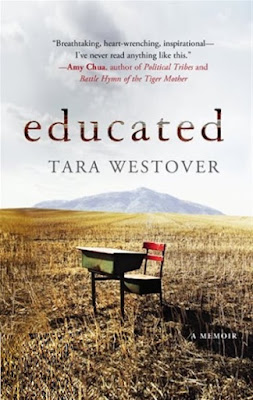 "Educated" is an account of the struggle for self-invention. It is a tale of fierce family loyalty and of the grief that comes with severing the closest of ties.
Synopsis -
Tara Westover was 17 the first time she set foot in a classroom. Born to survivalists in the mountains of Idaho, she prepared for the end of the world by stockpiling home-canned peaches and sleeping with her "head-for-the-hills bag". In the summer she stewed herbs for her mother, a midwife and healer, and in the winter she salvaged in her father's junkyard.
Her father forbade hospitals, so Tara never saw a doctor or nurse. Gashes and concussions, even burns from explosions, were all treated at home with herbalism. The family was so isolated from mainstream society that there was no one to ensure the children received an education and no one to intervene when one of Tara's older brothers became violent.

Then, lacking any formal education, Tara began to educate herself. She taught herself enough mathematics and grammar to be admitted to Brigham Young University, where she studied history, learning for the first time about important world events like the Holocaust and the civil rights movement. Her quest for knowledge transformed her, taking her over oceans and across continents, to Harvard and to Cambridge. Only then would she wonder if she'd traveled too far, if there was still a way home.

With the acute insight that distinguishes all great writers, Westover has crafted a universal coming-of-age story that gets to the heart of what an education is and what it offers: the perspective to see one's life through new eyes and the will to change it.

Review -
Stunned. I can't even remember how I heard about this book, perhaps it was shown as a new release at my local library. All I remember was the little synopsis looked promising as I love reading unique biographies. I grew up in a fairly strict environment which I struggled to fit into. The message I was broken and needed fixing was clear. BUT what I experienced was peanuts compared to the isolated and deeply crazy environment that Tara Westover grew up in.
I followed her journey with amazement, turning page after page, unable to put it down. She never saw a doctor. Never went to school. Yet somehow she managed to study and pass the exam to attend university. I was in awe. What also surprised me was her experiences when she began her university studies. There were so many things I had not thought of. She didn't know to wash her hands after using the bathroom or keep her shared space clean. She didn't understand social situations nor could anyone understand the world she grew up in. There was little common ground to build on. When she was unfamiliar with a term and asked about it in class, everyone was horrified thinking she was making a joke. The word - Holocaust. To keep up, she had to constantly look up historical references such as the slavery, the Civil Rights Movement, Rosa Parks and Martin Luther King. When asked to write an essay for her homework, she had no idea what that was, what was expected of her. What carried her through was her intelligence and an incredible desire to learn.
Somehow, despite the difficulty of her educational journey, she ended up becoming a top scholar. I found myself with a deep sense that it was her difficult, strange upbringing and her unconventional journey to gain knowledge that helped her look at what she was studying in a different way. It helped her bring a new perspective to the table and led professors who recognized this to support and guide her journey.
A great read, but hard at times. Especially when it shares about difficult experiences with her parents and the physical brutality she suffered at the hands of one brother with a violent temper. 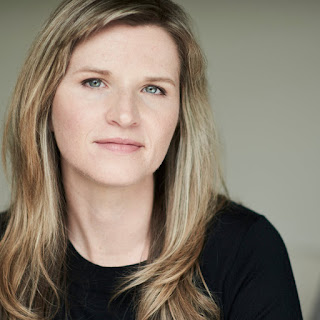 Tara Westover is an American author living in the UK. Born in Idaho to a father opposed to public education, she never attended school. She spent her days working in her father's junkyard or stewing herbs for her mother, a self-taught herbalist and midwife. She was seventeen the first time she set foot in a classroom, and after that first taste, she pursued learning for the next decade. She received a BA from Brigham Young University in 2008 and was subsequently awarded a Gates Cambridge Scholarship. She earned an MPhil from Trinity College, Cambridge in 2009, and in 2010 was a visiting fellow at Harvard University. She returned to Cambridge, where she was awarded a PhD in history in 2014.
Connect with the author: Website ~ Facebook ~ Goodreads ~ Twitter
biography book book review books Cambridge change Educated education Harvard hope inspiration memoir nonfiction review reviews Tara Westover