Between the World and Me by Ta-Nehisi Coates (audio book) 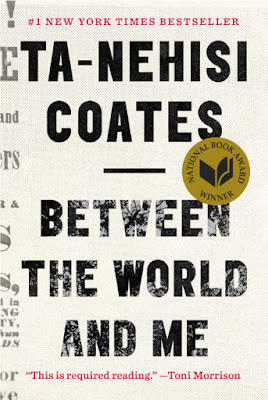 “Powerful . . . a searing meditation on what it means to be black in America today.” —Michiko Kakutani, The New York Times
“A crucial book during this moment of generational awakening.” —The New Yorker

In a profound work that pivots from the biggest questions about American history and ideals to the most intimate concerns of a father for his son, Ta-Nehisi Coates offers a powerful new framework for understanding our nation’s history and current crisis. Americans have built an empire on the idea of “race,” a falsehood that damages us all but falls most heavily on the bodies of black women and men—bodies exploited through slavery and segregation, and, today, threatened, locked up, and murdered out of all proportion. What is it like to inhabit a black body and find a way to live within it? And how can we all honestly reckon with this fraught history and free ourselves from its burden?

Between the World and Me is Ta-Nehisi Coates’s attempt to answer these questions in a letter to his adolescent son. Coates shares with his son—and readers—the story of his awakening to the truth about his place in the world through a series of revelatory experiences, from Howard University to Civil War battlefields, from the South Side of Chicago to Paris, from his childhood home to the living rooms of mothers whose children’s lives were taken as American plunder. Beautifully woven from personal narrative, reimagined history, and fresh, emotionally charged reportage, Between the World and Me clearly illuminates the past, bracingly confronts our present, and offers a transcendent vision for a way forward.

I have many books I prefer to read in print, but there have been several non-fiction books lately I found best experienced as audio books. They were each read by the author, which I find brings their story alive in a very profound way.  Between the World and Me is one. I highly recommend you listen to this one instead of read it.
Ta-Nahisi Coates has a way of speaking that brings the emotions of what he's sharing across. His voice, the way he writes, and his style of reading reminds me of listening to a talented spoken word poet perform. This adds extra depth to the importance of the author's message. The book was written for his son, sharing the truths he has awakened to over his life journey. What a gift!
Between the World and Me helped me gain a little more understanding of what minorities face and why they feel the way they do. I know I will never be able to truly say "I understand," as I did not grow up facing the same challenges and did not walk in fear for my body.  Still, I learned. And there were many important "AHA" moments of enlightenment. I had my eyes opened a little wider, my understanding expanded a bit more. Everyone should read this book. It's so important to hear each other's stories, stories outside our own life and experience; to try and see the world from another's eyes.
“Hate gives identity...We name the hated strangers and are thus confirmed in the tribe.”
“The question is not whether Lincoln truly meant “government of the people” but what our country has, throughout its history, taken the political term “people” to actually mean.”
Buy the Book: Amazon CA ~ Kobo ~ Audible ~ Abebooks ~ Alibris ~ Indigo.ca ~ WorldCat
Meet the Author - 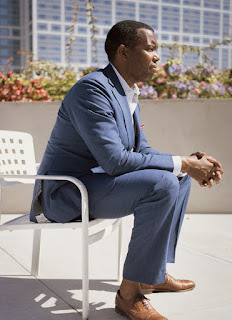 Ta-Nehisi Coates is a distinguished writer in residence at NYU’s Arthur L. Carter Journalism Institute. He is the author of the bestselling books The Beautiful Struggle, We Were Eight Years in Power, and Between The World And Me, which won the National Book Award in 2015. His first novel, The Water Dancer, was released in September 2019. Ta-Nehisi is a recipient of a MacArthur Fellowship. He is also the current author of the Marvel comics The Black Panther and Captain America.