Don't Look In by Tom Saric 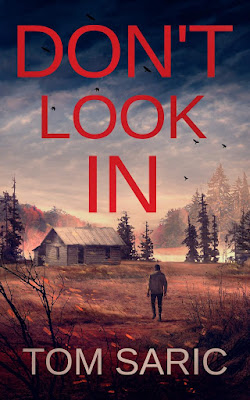 The patients of psychiatrist Gus Young are turning up dead in Tom Saric’s new thriller, DON’T LOOK IN (October 6, 2020; Severn River Publishing), and he is the main suspect.

Gus fled the big city to escape the shame, gossip and glares of his family, friends and colleagues after he tarnished his reputation. He ends up in a small, backwater rural town in Maine where no one will know him and he can start his life over. But someone is out to get him, and is framing him for the murders of his patients.

Wanda Flynn, the sexy town prostitute who is having an illicit affair with the married mayor, is demanding that he leave his wife for her. Her brother has just been released from jail after a ten-year sentence, and is back in town. It was Wanda’s testimony that was pivotal in sealing his conviction. Suddenly she is found dead, shot in the head in front of her apartment, shortly after she had unburdened her secrets, fears and desires to Gus Young. Because of patient-client confidentiality, Gus cannot reveal that she is his client, nor what she revealed to him, even if it will help to solve the murders, or clear his name as a suspect.

Then another patient, Ned, who is suffering from paranoia and is sure he knows the identity of Wanda’s killer, is found dead in his home after he had an altercation with Gus that left him bleeding on the floor. The police find bullets in both victims that match a rare gun, the Lee-Enfield No.4, which has mysteriously vanished from Gus’s basement. And they find Wanda’s turquoise necklace in his possession.

All the evidence point to Gus. He is the prime suspect in the murders, but in order to protect his clients’ confidentiality, even after they are dead, Gust doesn’t reveal information that can prove his —Over— innocence. Gus puts his own life in jeopardy in a desperate effort to clear his name and track down the real killer. When his estranged daughter comes to visit him, her life and the life of his trusted friend Sheila, are in jeopardy from the real killer who wants to do them harm. As a sinister plot unravels, Gus discovers a horrible secret about his past.

Tom Saric, who is a psychiatrist, packs his thriller with quirky characters: the cross-dresser, the married couple who don’t enjoy sex, the psychopath who is a petty criminal, the town sex-worker, and a love interest, the tall beautiful blonde who shares his love of country music and is the first woman to show an interest in him after his messy divorce.

DON’T LOOK IN is the first in a series featuring psychiatrist Gus Young who uses his acuity in understanding the human psyche to solve murders. Fans of the HBO series, In Treatment starring Gabriel Byrne, will relish the character of Gus Young as he solves murders using psychological, not forensic, evidence.

Review -
When a psychiatrist writes a thriller featuring a flawed psychiatrist as the lead character, you know it's going to be an interesting read.  In fact, there are a slew of interesting characters, several mentally ill, that inhabit this tale.
The story builds from several small hints of something wrong tucked in here and there as we follow Gus Young moving through his new life in a small town. The plot slowly reveals clues as we walk beside him - a dark secret, a mental fog where he once had clear recall, a small fire in his home (did he forget a tea kettle on the stove), a patient's murder, a missing gun from his collection, a second murder. Slowly a sinister pattern begins to emerge and the evidence begins to mount against the psychiatrist in the two murders, despite his self-declared innocence. And as this story progresses, we learn the back ground of why Young left the big city in disgrace and why his family has cut ties.
This is a complicated tale, well written, with twists as the conclusion neared that I didn't see coming -  AHA moments that shed a light on what had been happening in the background. Piece by piece these tidbits begin tying in the loose threads until the picture finally becomes clear. A great read that offers suspense, danger and several surprises.
BUY THE BOOK: Amazon ~ B&N ~ Book Depository ~ IndieBound ~ Add to Goodreads 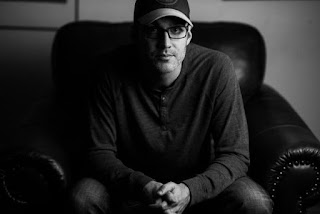 Tom Saric, a pseudonym, has been practicing psychiatry for ?? years. He has written several thrillers, including, Indicted, and Compromise. DON’T LOOK IN is the first in a series featuring psychiatrist Gus Young. Saric lives in Canada.
Connect with the author: website ~ twitter ~ facebook ~ instagram ~ goodreads