If You Ask Me: (And of Course You Won't) by Betty White (audio book review) 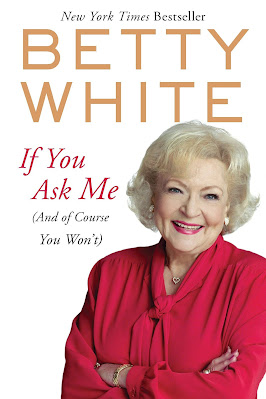 The New York Times bestseller from the beloved actress and Hollywood icon who's made us laugh on shows from The Mary Tyler Moore Show to Golden Girls to Saturday Night Live!
Synopsis-
It-girl Betty White delivers a hilarious, slyly profound take on love, life, celebrity, and everything in between. Drawing from a lifetime of lessons learned, seven-time Emmy winner Betty White's wit and wisdom take center stage as she tackles topics like friendship, romantic love, aging, television, fans, love for animals, and the brave new world of celebrity.
If You Ask Me mixes her thoughtful observations with humorous stories from a seven- decade career in Hollywood. Longtime fans and new fans alike will relish Betty's candid take on everything from her rumored crush on Robert Redford (true) to her beauty regimen ("I have no idea what color my hair is and I never intend to find out") to the Facebook campaign that helped persuade her to host Saturday Night Live despite her having declined the hosting job three times already.

Featuring all-new material, with a focus on the past fifteen years of her life, If You Ask Me is funny, sweet, and to the point-just like Betty White.
Review -
How did I miss the fact that Betty White, who I admire so much, was a published author. As soon as I saw she had an audio book that she read herself, I knew I had to have it. She has such a positive energy and is a truly gifted story teller. No one else could have stepped in and read it for her.
From start to finish this was a positive uplifting listen. I put it on while I was on walks and while I worked on projects.  And I smiled the whole time.  I learned things I did not know about her - such as her family went out into the wilderness for 3 weeks every year - on horseback, with a guide dropping them off, and their supplies carried on donkeys. They didn't see another soul the entire 3 weeks until the guide showed up to bring them back. Now that is old school camping. And it's where her love of animals began.
White's love of life, the amazing experiences she's had, her gratitude for her career and the people she's worked with comes through with each new chapter. The only negative I can offer is it was way too short. The audio book is only 2 hours and 16 minutes long. I wasn't ready for it to end that quickly. Surprisingly the paperback shows as 272 pages, which should translate to a much longer audio book - a mystery.  Maybe it includes a lot of images???
Buy the book: Amazon CA ~ Kobo ~ Audible ~ Abebooks ~ Alibris ~ Indigo.ca ~ WorldCat
Meet the Author - 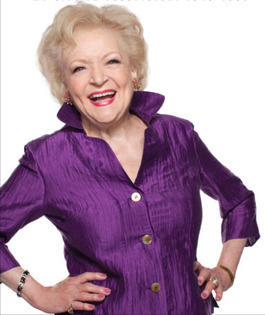 Betty White has been on television for over sixty years, beginning in 1949. She has starred in many successful series, made numerous guest appearances on game and talk shows, and narrated the Tournament of Roses Parade for twenty years and the Macy's Thanksgiving Day Parade for ten.

White has received 6 Emmy awards and 18 Emmy nominations. In 2010 she was presented with the Screen Actors Guild Life Achievement Award.. She is also the recipient of three American Comedy Awards (including a Lifetime Achievement Award in 1990), and two Viewers for Quality Television Awards. She was inducted into the Television Hall of Fame in 1995 and has a star on the Hollywood Walk of Fame.
Note - Betty White passed on December 31, 2021, just 17 days from her 100th birthday. I will miss her.
actor actorbiography audiobook bettywhite biography book bookreview books humor ifyouaskme memoir nonfiction