Big Potential: How Transforming the Pursuit of Success Raises Our Achievement, Happiness, and Well-Being by Shawn Achor Bestselling author Shawn Achor shows how to unlock hidden sources of potential in ourselves and others.
Synopsis -

In a world that thrives on competition and individual achievement, we are measuring and pursuing potential all wrong. By pursuing success in isolation - pushing others away as we push ourselves too hard - we are not just limiting our potential, we are becoming more stressed and disconnected than ever.

In his highly anticipated follow-up to The Happiness Advantage, Achor reveals a better approach. Drawing on his work in 50 countries, he shows that success and happiness are not competitive sports. Rather, they depend almost entirely on how well we connect with, relate to, and learn from each other.

Just as happiness is contagious, every dimension of human potential - performance, intelligence, creativity, leadership ability and health - is influenced by those around us. So when we help others become better, we reach new levels of potential, as well. Rather than fighting over scraps of the pie, we can expand the pie instead.

The dramatic shifts in how we approach work today demand an equally dramatic shift in our approach to success. Big Potential offers a new path to thriving in the modern world.

I am part of a business book club, an unusual choice for me.  When it came time to select the next book to read, I suggested this one I was curious about. I had just finished two amazing books on habits that really changed how I viewed things from a personal standpoint.  But over my time as a writer, I had discovered the importance of community as well and was intrigued to know if the science backed up what I had learned.  The answer is yes.

Big Potential takes you through the science of what has been learned about community and its importance to both personal success as well as the success of the group, whether that be a sports team, a corporation or an organization. How the whole works together is a great indicator of what can be achieved than how many star employees you've hired.

More than that, the author shares that each of us can lead no matter what our position is. He shares of a school with terrible stats that when someone new stepped in he brought everyone on board.  From cafeteria worker, to janitor, to bus driver, to teachers - all were told they were important to creating change and given training on how to do it.  The turnaround was awe inspiring.

For years I have been saying how I would never have made it to becoming a published author without the community that uplifted and supported me.  So reading this book was validation of all that I stand for.  Every time you uplift the community around you, you uplift yourself.  It's a fab read. 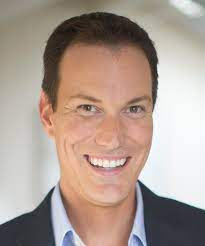 After spending twelve years at Harvard University, Shawn Achor has become one of the world’s leading experts on the connection between happiness and success. His research on happiness made the cover of Harvard Business Review, his TED talk is one of the most popular of all time with over 13 million views, and his lecture airing on PBS has been seen by millions. Shawn has worked with over a third of the Fortune 100 companies, and lectured in more than 50 countries speaking to CEOs in China, senior leaders at the Pentagon, schoolchildren in South Africa, and farmers in Zimbabwe. His Happiness Advantage training is the largest and most successful positive psychology corporate training program to date in the world.

Shawn is the author of New York Times best-selling books The Happiness Advantage (2010) and Before Happiness (2013), as well as Ripple’s Effect and The Orange Frog. Shawn was published in the top psychology journal last year for the work he did at UBS in partnership with Yale University to create a more effective stress training. And he recently did a two-hour interview with Oprah at her house discussing happiness research and perception of success.