What Smell Takes You Back To Your Childhood? 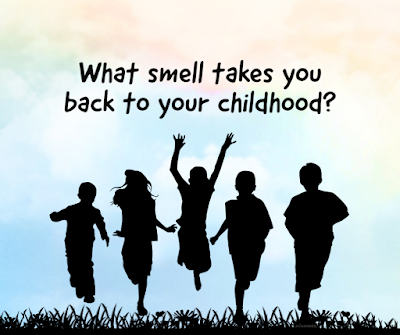 I saw a poster similar to this go down my Facebook newsfeed today day and realized what a really good question it was.  I was going to just share it in a post, but instead wanted to share my memories. For me the answer was easy - HAY!
A few years ago, when I wandered into the Granville Island Broom Company where they hand build and sell traditional Shaker style brooms, the smell of the high quality broomcorn (a type of sorghum they use) hit me.  It had the smell of hay and that took me right back to my childhood.  I immediately picked out a handmade broom to take home. Unfortunately the smell fades with time.
There is one place you can really become immersed in the smell of hay and that's on the farm.  Fortunately for me, my mothers grew up on the farm and had not one, but two siblings still living on and working farms. Her brother, my uncle Arv, tended the farm he was raised on. When I was young, my grandfather was still alive and helping out as much as he could.  I remember him sitting by the window in the kitchen in his farmer coveralls having a coffee midmorning. Their coveralls smelled of the work they did, a mix of hay, motor oil, dirt and more. I loved it. Her sister, my aunt Lucille, married a farmer.  I remember her making homemade noodles from scratch and draping them over kitchen chairs to dry. They were used to make her famous noodle soup. 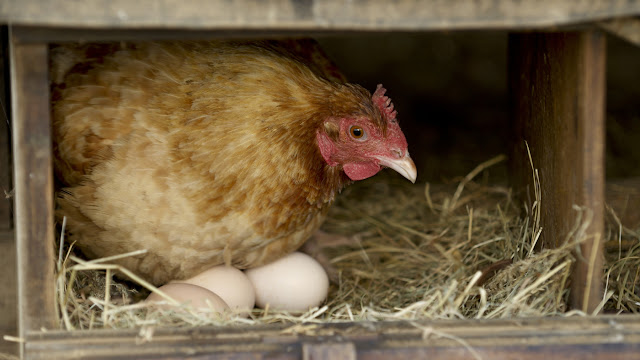 Playing on the farm included a lot of exploring. On bad weather days it was in my grandmother's cement basement. We jumped on an old spring bed, played with my grandfathers discarded canes (he was injured in a tractor accident) and generally just ran around raising hell. It was a big cement room so there wasn't much damage we could do.
In good weather, however, we were outside exploring. We played in the grain bins full of seeds until we were so itchy we couldn't stand it.  I remember in my earliest visits helping to collect eggs - not as easy as you think as then hens don't want to give them up.  The smell in the hen house was of chicken manure and hay - a strong odor you don't forget. Anther fun memory was when my younger brother and cousin got into a barrel of dirty oil and were covered from head to toe.  There are pictures of them in the bath getting cleaned.  I'm glad I didn't have to clean that oil decorated tub afterwards.
Other great memories? Salty tasting ice cubes.  Their water came from an artesian well, so had a lot of minerals in it.  When you froze it, there was a little layer at the bottom of the ice cube you could lick off. Man did the water taste weird. When I went back in my 20's, they were still on well water and you learned very quickly not to drink the last cup of coffee in the pot as the minerals settled.  You timed your coffee for a full pot that had sat a few minutes. Shooting off real fireworks on Halloween is another wonderful memory.  They had grocery store style fireworks markets to buy from. Still do. The smell of gun powder would fill the air.
Hay, however, was our main play toy.  Hay bales in the barn loft were used to create crawl through mazes.  I am claustrophobic, so while I didn't want to be left out and crawled in very determined to be brave, the bit of dust sprinkling down as my body rubbed against the hay, the close sides and the dark quickly got to me. I hit my first dead end and started screaming. They had to find me under all those bales to get me out. Hay stacks in the field were also fun, but super hard to get up on.  I think the only time I actually made it up on one, my older brother dragged me up. 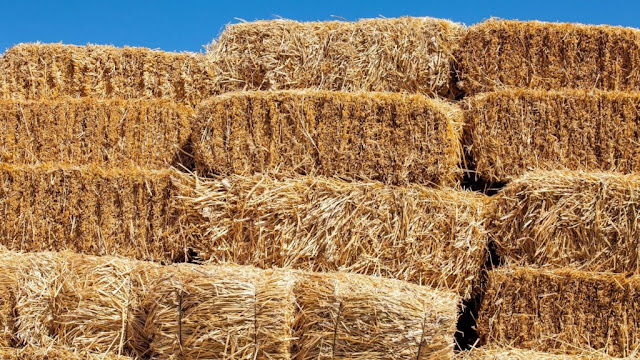 When I took my own young kids back for their first visit, the hay bales were now double the size and stacked in a giant pile in the farm yard.  My kids, along with their cousins, wore themselves out running around on them. My oldest kept falling down holes between the bales and had to be rescued time and time again.  By our second trip out, there was also a ATV they could putter around on, and one of my uncles helped them drive one of the mid-size tractors.
Until I walked into that broom shop that day, I hadn't realized how strongly the smell of hay drying was to my childhood memories, especially my happy ones. I was so glad my two uncles were still farming when my kids were young and I hope in some small way the smell of hay brings back some of their wonderful memories on the farm.
Do you have a smell that brings back childhood memories. If so, I hope you'll share it. I'd love to hear it.
childhood childhoodmemories childhoodsmells farm flashback hay haybale haystack lookingback Other play playing. smell throwback