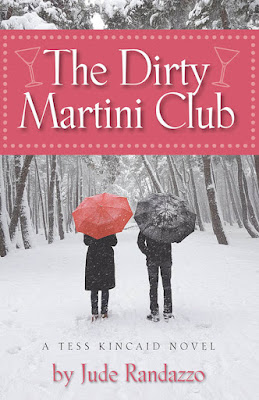 Book 4 in the author's Tess Kincaid series
Synopsis -
Tess Kincaid, celebrity golf professional, decides to visit and meet, for the first time, her presumptive fiancé Eddie Spinozza's family in Albany, New York for Thanksgiving, in anticipation of the next step in their relationship. The Spinozza and Cuchinelli families have been entrenched in Albany for two generations, but Eddie has assured Tess that he is not involved in his family's "business". However, on the first night of her visit, sitting in The Dirty Martini Club watching Eddie perform with his band, she witnesses the brazen shooting of one of the band members. Almost simultaneously, and without much warning, an epic, once-in-a-lifetime snowstorm suffocates Albany, preventing Tess from leaving town.

She subsequently becomes a material witness to a series of events, which the police are only reluctantly investigating. What happens next is a daring, and life-altering event that brings Eddie and Tess to a do or die scenario amid mob warfare. The results are quite unpredictable.

The Dirty Martini Club is the 4th book in Randazzo's Tess Kincaid series.  I wish I had read them in order.  I enjoyed this one so much I need to go back to the beginning and read all four books in order.
The Dirty Martini Club offers is a fiction pulling together several elements - a woman raised in a traditional mid-west family who found success as a golf pro and businesswoman, a man who is a musician and small plane pilot with a family of questionable reputation, a shooting, a kidnapping, police who do little, a freak snowstorm, the mob.  There's lots to keep the story moving.
There are also moral questions running through the story. In the book we follow Tess, her thoughts and her actions, as she deals with things way outside her upbringing. Should she just walk away or should she try to do what the police are not? With no real experience, but incredible conviction, she takes a leap a faith. From the first shooting onward, she struggles with serious doubt. Given how different their families and cultures are, do Eddie and she really have a chance at a future? 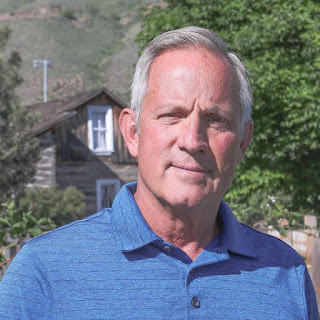 JUDE RANDAZZO was born in New York and lives with his family in Colorado. His paternal grandfather was born in Sicily and emigrated to New York. He is the author of the Tess Kincaid series; The Golden Cocoon, The Omen of the Crow, What You Don’t Know Can Kill You, and The Gray Fedora.