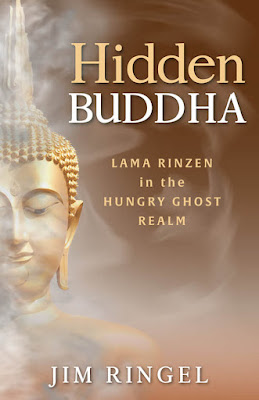 Book #2 in the Lama Rinzen crime series with a mystery wrapped inside a Buddhist mystery.
Synopsis -

In Hidden Buddha Lama Rinzen finds herself reborn as a doctor into the Hungry Ghost Realm in a haunted hospital on Colorado’s eastern plains.

It’s an unfriendly place. The patients do not respect her, the staff ignores her, and there’s rumors of ghosts in the hospital.

Rinzen is afraid of ghosts. She is not even sure they truly exist. Instead she focuses on learning the Hungry Ghost Realm’s lesson about what the Buddha means when he talks about emptiness. If she can only learn that she will escape the hospital and progress along her path to enlightenment.

But nine-year-old patient Claudia says the ghosts are real, and that they are here to trap Rinzen so she might never learn and never escape the hospital. Not in this lifetime, and not in any future lifetimes either.

How can the lama learn without seeing the things she denies?

​Maybe that’s what the Buddha means when he talks about emptiness. These little bits of ourselves we keep suppressed and hidden and never admit to?

Review -
I did not know what to expect from this book and have to say it was a total surprise. I wasn't expecting such a dark and truly sad story.  The book opens with newly reborn Rinzen finding herself in a car driving to a "hospital" in the boonies where she will be a temp doctor filling in for the resident physician who is going on vacation. From the moment she arrives things are strange.
The place is very small. The atmosphere is strange and dark. The hospital and patients combined bring the feel more like a psychiatric facility than a medical place. There is definitely a mystery to be solved and Rinzen also wants to learn whatever lesson she is there to embrace.  Ghosts, weird happenings, a young girl that isn't really admitted, dark corners, a storm, power outages.  There was a definite spook factor here which I didn't expect. I kept waiting for it to turn into a horror story.
I'm not sure if I understood the lesson that the author was trying to convey in this tale, but that is most likely because I honestly know nothing about Buddhism. The book is well written and edited, and will be of interest to readers who like darker stories with a bit of creepy scare factor.
Buy the Book: Amazon ~ Barnes & Noble ~ BAM ~ indiebound and indie bookstores everywhere ~ add to goodreads
Meet the Author -
Fab author interview HERE! 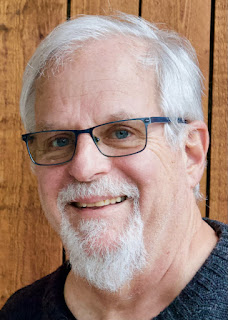 Jim Ringel is an unconventional Buddhist who writes the Lama Rinzen mysteries as part of his own spiritual path.

Each book in the series finds the lama reborn into one of the six Buddhist Realms on a search for deeper understanding along the path toward Nirvana.