On The Edge of Shattered: A Mother's Experience of Discovering Freedom Through Sobriety by Kimberly Kearns 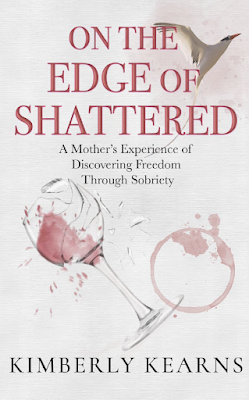 The true story of a wife and mother's descent into alcohol addiction.
Synopsis -
Before she stopped drinking for good, Kim was lying to herself and everyone she knew about her daily habit—sneaking morning sips of vodka behind her husband’s back, emptying bottles of wine and hiding the evidence from her family, and convincing herself that nothing was wrong and everything was under control. Until she realized that it wasn’t, and that her dishonesty could cost her everything she loved. What would happen to her marriage if things continued in this way? And how could she be a mother to her young children if she remained trapped in this cycle of abuse? Deciding she had to make a change, Kim threw herself into a new life of sobriety seven months into the Covid-19 pandemic. But only after severing the chains of bondage did she realize how much work there was still to do. Opening the doors to buried memories and past traumas was only the beginning. Throughout her journey to sobriety, Kim would come to terms with the secrets and lies told by her parents and loved ones, allowing her a clarity and freedom she never before thought possible.
Review -
On The Edge of Shattered is a honest sharing of the author's journey with addiction to alcohol, from her teens years through early motherhood. As I have several friends who have dealt with (or are dealing with) addiction, I found myself thinking time and time again on the struggles they face daily. For me, Kearns' book includes three important points.
First is a window into how it all looks from the viewpoint of an addict. She captures her thoughts and why's beautifully - how she justified her drinking, the black-outs, and how she was enabled by friends and family. Second is a look at something I have been concerned about for a long time - the culture of drinking so prevalent now.  You can't turn on a TV show without seeing drinking a big part of every social get together and over drinking looked at with a smile as if it is something funny. Wine tastings seem to have become de rigueur for event organizers. I can't imagine trying to walk a sober path in today's reality. Lastly is probably the most important. The book offers hope. Here is a woman who drank from her teen years, using alcohol to both to numb her pain and to cope with her insecurities. There was the social aspect of being a part, there was the feel of being high, but even more important to note, it also was about the pain she was trying to bury. Yet she finds a way after two decades of serious addiction to becomes sober and claim the life she always dreamed of.
I highly recommend this book for anyone either dealing with addiction or supporting someone struggling with addiction. Hope is there.  A new life awaits.
Buy the Book: Amazon ~ B&N 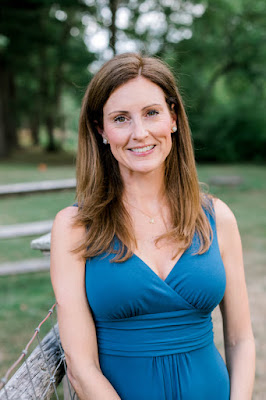 Kimberly Kearns is a wife to an incredible husband and a mother to three beautiful children. She currently lives in Need-ham, Massachusetts. She continues to tell her story of sobriety and inspire others every day on her blog at kimberlykearns.com, and through her Instagram account @asoberandstrongmom. Kimberly co-hosts the podcast The Weekend Sober and is a writer for the Webby Award-winning narrative podcast F*cking Sober: The First 90 Days. Writing has always been an escape for Kimberly, even as a little girl. Being able to express herself in words and getting lost in her imagination has served as a source of comfort to her as far back as she can remember.
Connect with the author: website ~ instagram ~ facebook