The Elephant Whisperer: My Life with the Herd in the African Wild (audio book) by Lawrence Anthony with Graham Spence

on January 06, 2023
“Anthony has made a difference in the lives of many magnificent animals who otherwise would have been lost to the world.” ―Marc Bekoff
Synopsis -

Lawrence Anthony devoted his life to animal conservation, protecting the world's endangered species. Then he was asked to accept a herd of "rogue" wild elephants on his Thula Thula game reserve in Zululand. His common sense told him to refuse, but he was the herd's last chance of survival: they would be killed if he wouldn't take them.

In order to save their lives, Anthony took them in. In the years that followed he became a part of their family. And as he battled to create a bond with the elephants, he came to realize that they had a great deal to teach him about life, loyalty, and freedom.

The Elephant Whisperer is a heartwarming, exciting, funny, and sometimes sad memoir of Anthony's experiences with these huge yet sympathetic creatures. Set against the background of life on an African game reserve, with unforgettable characters and exotic wildlife, Anthony's unrelenting efforts at animal protection and his remarkable connection with nature will inspire animal lovers and adventurous souls everywhere.
Review -
I have consumed a huge number books this year, but I think hands down this one has been my favorite. What a perfect way to close 2022.  It is a memoir told with a very personal touch.  As I finished the last page, I realized I had come to feel I had met Anthony in person and walked the Thula Thula Animal Reserve by his side. I saw the animals through his eyes and felt his huge passion to offer them protection. His story touched my heart.
The elephants that came to live on his reserve were abused and angry.  It was touch and go for a long time as Anthony tried to help them feel that Thula Thula Animal Reserve could offer them a safe haven, a home in which to thrive.  What was most touching was the relationship he developed with them. They came to know him, to respect him, and to share a small bit of their world with him. I was profoundly affected by Anthony's story. I also want to say kudos to his co-writer Spence for his ability to be a part and yet invisible.
I listen to very few audio books, but this is one is a game changer. They chose the perfect narrator to capture this tale. There is also an undefinable benefit to hearing this story shared orally. I walked next to Lawrence as tended to his reserve, dealt with numerous challenges faced down angry elephants and crafty poachers. I am sure the print book and ebooks (my normal preference) are great too, but I personally highly recommend the audio for version for this one.
Buy the book: Amazon.ca ~ Amazon.com 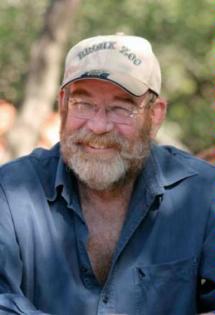 Lawrence Anthony was an international conservationist, environmentalist, explorer and bestselling author. He was the long-standing head of conservation at the Thula Thula Animal Reserve in Zululand, South Africa, and the Founder of The Earth Organization, a privately registered, independent, international conservation and environmental group with a strong scientific orientation. He was an international member of the esteemed Explorers Club of New York and a member of the National Council of the Southern Africa Association for the Advancement of Science, South Africa's oldest scientific association.

Anthony had a reputation for bold conservation initiatives. Details of his conservation activities appeared regularly in regional and international media. Anthony died of a heart attack at the age of 61 before his planned March 2012 conservation gala dinner in Durban to raise international awareness for the rhino-poaching crisis and to launch his new book, The Last Rhinos: My Battle to Save One of the World's Greatest Creatures. His wife continues his work as the head of the Thula Thula animal reserve. 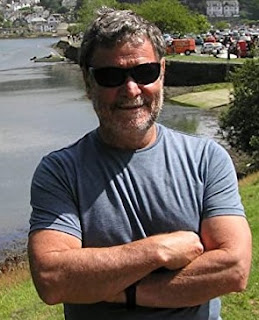 Graham Spence is a journalist; born in Zimbabwe, who grew up in Mozambique and lived in South Africa, working at various stages on daily, Sunday and regional newspapers. At the time South Africa was engaged in a low-level civil war, a society seething with fear and resentment. It was, however, an intensely interesting and often surreal time to be a journalist.

He has co-written three non- fiction books with conservationist Lawrence Anthony: Babylon's Ark, The Elephant Whisperer and The Last Rhinos.

He has also written fiction - The Apocalypse Chase, an eco-adventure; and Keepers of the Flame, a novel about the existential struggle for the Western World in the war against terror. His website is www.grahamspence.com