VALT - Q and A With Co-Founder Kat Ferneyhough 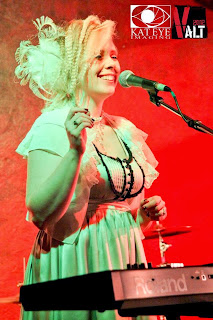 I was always geared towards taking on huge tasks. I moved out on my own at 16 and worked full time while completing high school, and as a point of pride kept my honours average. Strangely enough, the one course I ever failed in highschool was fashion. I was being taken to court by an aggressive landlord (a whole other story... I will end with the fact that not only did I win this court battle but was awarded damages for his treatment of me) - and when my grades and attention started slipping in my favourite course, beyond the deadline to drop the class, I opted to fail it and take it again the next semester. I recall my final grade in Fashion being 96%.

How did you become involved in fashion?

My mother's skills in sewing and design drew me in. My Halloween costumes as a child were epic. I remember drawing fashion sketches as early as 7. I had actually intended to go into computer programming in college, but Drew Ferneyhough, my boyfriend of the time (now my husband), asked me why I would go into a career that stressed me out so much when I clearly loved art and fashion. (He has ever been a guiding light and stable support through my adventures in art and entrepreneurship, and this year is joining the VALT team as Art Director.) With his encouragement I applied to the Ontario College of Art & Design for Material Arts, focusing on Textiles. Part way through getting my Bachelor of Design, I decided to leave Ontario for a year and get an education specifically in fashion, so in 2004 I shipped myself to Vancouver Island and enrolled in The Pacific Design Academy's condensed fashion program. 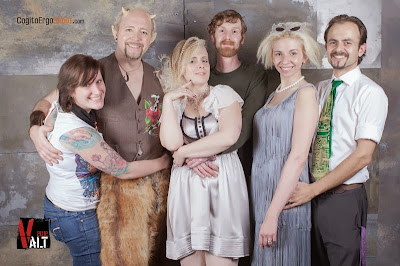 While being VALT's Creative Director is not my source of financial income at this point in time, I would certainly define it as my career. I expected to go into fashion design, but after years of interning for full-time designers and years of producing my own work part time, I discovered it was the runway shows' ability to create a statement that really drove me. I dropped everything to start this project, and as difficult as it has been, I am grateful for taking that leap of faith.
I believe you were involved in the Toronto Alternative Fashion Week. How did you become involved and what about this type of fashion week inspired you?

I was in my foundation year at OCAD when I stumbled upon a flyer for [FAT] - Toronto Alternative Fashion Week (now known as Toronto Arts & Fashion Week). I exhibited at every year of [FAT] from it's inaugural year in 2005 through 2012. It inspires me because I appreciate that it is a show that encourages the strange, the dynamic & the creative. I enjoy the inclusion of the culture that surrounds fashion; music, visual art, performance and film. Lastly, I was also grateful that they minimized the challenges facing young designers by undertaking the greater part of the many facets in production of a fashion event. 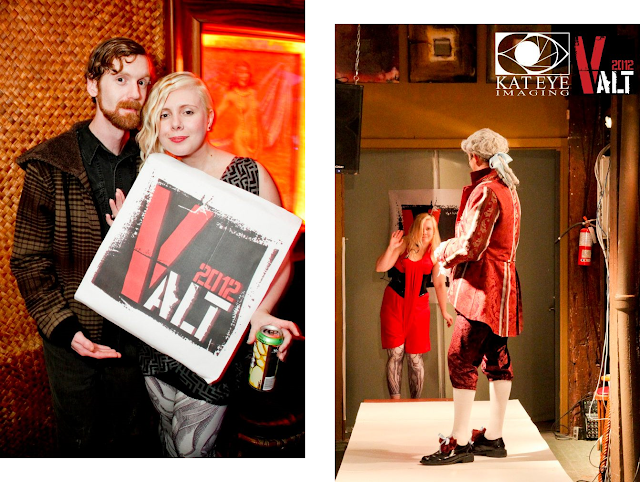 When did you move to Vancouver and what prompted that move?

I officially moved to BC earlier this year. I still lived in Ontario when I was running VALT in 2012 - flying out here as often as I could to make things happen while I finished tying up loose ends in my home province. That said I do not live in Vancouver now, I live on Mayne Island (one of BCs southern Gulf Islands). Extreme commutes seem to be a regular theme in my life.

Talk about the journey to conceive and launch VALT last year?

In highschool, I was surrounded by musicians. Being an organized go-getter without musical skills, I felt it was my job to promote and support these talented people - so I started organizing, promoting and running indie music nights at local clubs. I enjoyed organizing shows a great deal, so much so that when I started developing my first fashion collections, I knew that runway shows would be in my future. I watched Fashion Television and fantasized about having wild, artistic, statement-making shows like Alexander McQueen and Jean-Paul Gaultier. In my first year of university, I wrangled a group of other artists who worked in fashion together and organized, promoted & ran my first runway production. 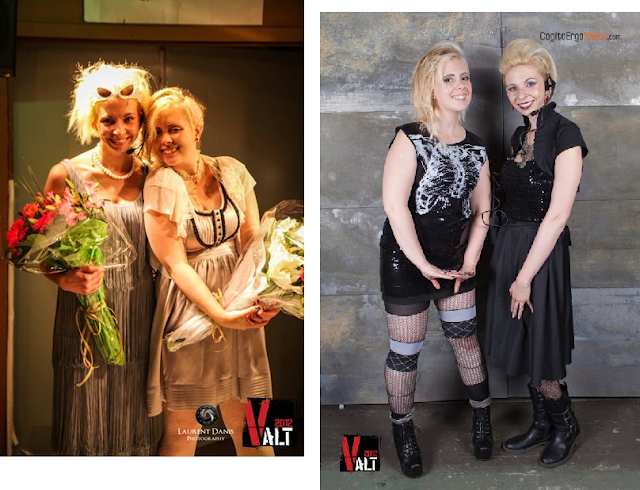 How did you meet and join forces with Kat Kozak?

Kat Kozak and I have known each other since high school, we became close friends over a trip to Vancouver organized by a mutual friend. She's been one of my main photographers and best friends since (attending and photographing every fashion show I participated in), and we vowed that we would both move here and start our own Alt Fashion Week about 8 years ago. That was before she married Victor Kozak, who has been instrumental in our web presence and our mental stability during the hectic planning for VALT. We were joined by Grace Donati, who became both one of my best friends and my go-to for all things aesthetic (in charge of hair and makeup at every fashion show i was involved in), and has also been an absolute asset in the organization of our structures and methodologies (best business plan editor ever).

What have been the biggest challenges?

Our biggest challenges have related to being outsiders in a new city, without any local friends or colleagues. Launching VALT was too big to be a one man show, something so all-encompassing needs dynamic people to bring it to fruition, and so a team was built. We were extraordinarily lucky to team up with Aaron & Kat (yes, another one) Morris, owners of Morrismore Production House (and Grind Down Magazine & Nightshade Beauty) in Vancouver who have taught us "the ways of the west", and in turn have become close friends and absolutely essential partners in the event.

At this point, there IS no balance. Life is VALT. VALT is life. We won't be able to maintain this way forever, but right now I'm kinda in love with it. VALT's my baby and I want to spend every little minute with it, even when it wakes me in a panic at 4am. 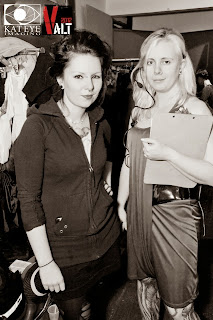 To be honest, I was backstage running everything all night, every night, so my experience of the event was entirely from behind the curtain. It was an incredible to watch Shutter House Films' documentary afterwards... I got to see everything from an attendees perspective and was full of pride. I think I watched that video nearly 50 times. I'm still in awe that everything came together.  I really can't pinpoint a singular moment that stands out, all of the moments were spectacular, coming together to make an event Vancouver hasn't seen before.

But as an example of a memory that makes me laugh...We had a very limited floor plan to work with last year, one that included models lining up to walk the runway in a small, secondary mens washroom. To keep from flooding the runway entrance with light, we had to keep the lights off in said washroom. I recall one collection with multiple quick outfit changes...in which we had several models trying to change in the dark in the mens room, giggling all the while... it was a labour of love for every one of us.