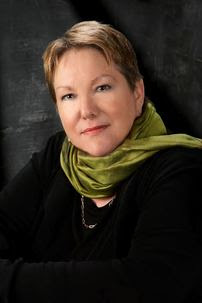 Can you share a little bit about your road to first becoming a journalist and from there to becoming a published author?

Long ago, before personal computers and the Internet, I began writing feature stories for our neighborhood newsletter. Out of the blue, I got a telephone call from the editor of an actual newspaper who was looking for exactly the kind of story I was writing.

It took one second to decide to freelance for the paper. That job let me into many people’s lives, from new businesses and offices of politicians, to backstage at theaters, to stockcar races, and even to musicians like Roberta Flack and Vladimir Ashkenazy.

Writing stories for newspapers and magazines, and later websites, honed some of the skills a novelist needs.

I learned how to write to a prompt as vague as, “Go get that story about the library.” Deadlines schooled me in discipline. Column-inch space taught me about a reader’s attention span. Taking notes during an interview made me notice the patterns in how people speak. Being edited showed me any sentence can be cut in the service of the story.

Readers taught me that we are in this enterprise of storytelling together.

I zigzagged between journalism and public relations for years. Three novels moldered in my drawer before I thought I had a story a stranger might read. The biggest hurdle, however, was querying an agent about the first Sam Lagarde mystery, Cromwell’s Folly.

Heart-in-mouth, it turns out, is a description of an actual physical state. My agent made the rest happen.

Your books cover a wide range of genres - murder/mystery, contemporary fiction, self-help and poetry. Do you have a favourite genre you like to write for?

I like to keep myself open to every kind of writing because that’s where the joy is—in putting down one word after the other, whether it’s a poem, short story, or novel-length fiction. It’s like writing music. Composers write songs, dances, etudes, sonatas, quartets, and symphonies. Sometimes they improvise. Each form allows me to play with one or more melodies and themes.

When I was young, I expected that I would write lyrical literary novels. No one was more surprised than I when Detective Sam Lagarde showed up and started telling me about a gruesome murder.

On the other hand, I’m an avid watcher of the British mysteries we get on public television. For years I’ve inhaled everything from “Miss Marple” to “Hinterland.” So perhaps I shouldn’t have been surprised when a flawed, eccentric snoop showed up and started pestering me with his observations and insights.

When writing fiction, where do you find inspiration for your story lines? For the characters you create?

My mind is a very strange place to be. Ideas, images, lines, and characters pop up out of nowhere the way they do in a dream. It’s as if all these years, everyone has been putting stuff away in large chests in the attic and now that I’ve walked up the stairs, opened the door and unlocked the chests, I’ve found a treasure waiting for me. I’m very grateful for this, and more than a little superstitious about talking about it.

I love seeing scenes unfold in my mind. I love putting one word after another to describe those scenes. I’m sure there’s an endorphin rush when I get a sentence right. I relish the complex puzzle of knitting together the plot. I enjoy the research to find the one fact that makes a scene ring true.

What do I like the least? Somewhere around the fourth revision, I hate the book. I want to throw it at the wall, burn it, and stuff it into the trash.

But I understand from Winston Churchill that this is normal. “Writing a book is an adventure,” he said. “To begin with it is a toy and an amusement. Then it becomes a mistress, then it becomes a master, then it becomes a tyrant. The last phase is that just as you are about to be reconciled to your servitude, you kill the monster and fling him to the public.”

That says it all.

When working on a new book, how do you organize your time (research, writing, marketing, etc.)?

When I start a new book, I’m mostly daydreaming—thinking about the idea or a question, like what if you discovered your mother was not your mother? I test the idea to see if it has legs or is only an interesting question.

Characters show up and I start to take notes. Their names change. Their motivations change. They go from having gray to brown eyes. Hair color and features morph. I watch them and see what they’re wearing, how they talk. Their flaws and peculiar genius are revealed. It’s like having invisible friends I can invite to tea and interview.

I see a place in my mind, a setting and I begin to research places that might be like that one. If the setting is local, as with the Lagarde mysteries, I drive around until something catches my eye.

A general scope of the plot develops in my mind and when it gets too detailed for me to remember, I sketch out where I think the story will go. It often doesn’t go where I think it will, however. And I give myself permission to change everything.

I write every day and I do the other tasks required to put a book out into the world but I don’t portion my time for any of it. For me, this is an organic process and I just go with the flow. I enjoy readings, writing guest blogs, answering questions from readers, and doing interviews. But I’m happiest doing the writing, completely alone with the voices in my head.

What is your favourite way to relax and get away from it all?

I paint and draw. I take a class where for three hours, that’s all I do. It cleans my mind. I also read voraciously. A book is as good as a box of chocolates. And I watch TV mysteries. 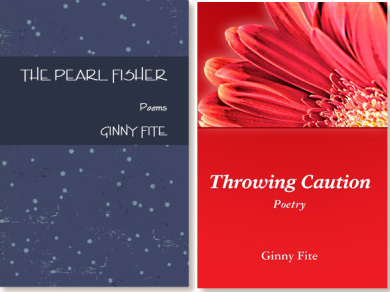 “If there’s a book that you want to read, but it hasn’t been written yet, then you must write it.” –Toni Morrison

Anything new in the works you would like to promote?

When it comes to murder, even brilliant scientists aren’t immune. The night Harold Munson is shot dead in his car on a dark road, Detective Sam Lagarde immediately suspects the man’s brainiac wife. When the next body drops, all signs point to her, but Lagarde doggedly follows the clues until he has his own Eureka moment.