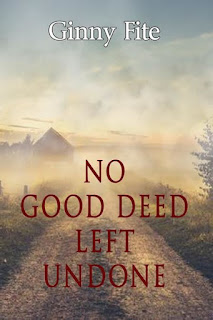 “He had an itchy feeling, something he had seen
that his memory had recorded but that he wasn’t
paying attention to…”

When a man has everything, he can afford to be generous. Lawyer, philanderer, and horseman Grant Wodehouse is generous to a fault—until he’s stabbed to death with a pitchfork in his barn. The killer could be anyone—his lover’s husband, his troubled son, the homeless guy he lets sleep in his barn, his unscrupulous partner or even his wife.

​Methodical Detective Sam Lagarde doesn’t miss a clue as he questions an ever-growing list of suspects, only to discover the killer has been hiding in plain sight the entire time. Always one step behind the killer, finally Lagarde’s only recourse is one he never wanted to take

No Good Deed Left Undone is the sixth book by author Ginny Fite and her second murder mystery. The story is set in rural America and the murder victim is a strange character. He is married, but a serious philanderer. Yet few of the females he has bedded think badly of him. He is also known for being generous financially with many, from those he has affairs with to the homeless.

Not all is rosy. Someone decides to run him through with a pitchfork, pinning him to a wall in the barn.  Slowly  a suspect list grows. There is an angry ex-wife, a difficult son, women he jilted and possibly a woman's husband.  While Detective Sam Lagarde and Sergeant Lawrence Black methodically pursue the killer, a second and more violent murder occurs.

The story is told from the viewpoint of several different characters, giving insight to what transpired from a wide range of angles.  And the story line runs in parallel threads - one in the past leading up to the murder and one in the present from the murder forward. Fite blends all these elements seamlessly into one cohesive story that comes together in the last chapter. 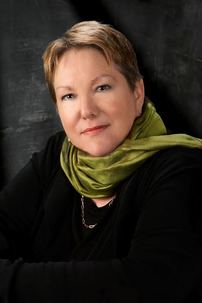 Ginny Fite is an award-winning journalist who has covered crime, politics, government, healthcare, art and all things human. She's been a spokesperson for a governor and a member of Congress, a few colleges and universities, and a robotics R&D company. She earned degrees from Rutgers University and Johns Hopkins University and studied at the School for Women Healers and the Maryland Poetry Therapy Institute. No Good Deed, published by Black Opal Books in 2015, is her second Sam Lagarde mystery/thriller set in Charles Town, West Virginia.