No End of Bad by Ginny Fite 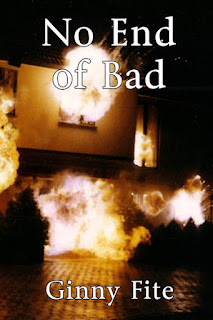 Washington, DC, housewife Margaret Turnbull's world literally blows up after her husband, FBI agent Clay Turnbull, is falsely arrested and killed by agents working for an international drug cartel.
Unbeknownst to Margaret, her enemy's tentacles reach all the way to the White House and control senior personnel. Their powerful enterprise in jeopardy, the assassins will stop at nothing to cover their tracks. With cutting-edge surveillance--CIA, FBI, and NSA technology--there is nowhere to hide, no one to trust. No one is safe--anywhere.
Review -
I think this book touches a collective nerve when it comes to the power of secret government agencies.  What happens if some of the agents have become corrupt and one of us stands in their way.  That's just what happens in No End of Bad.

At the start of the book, loyal FBI Agent Clay Turnbull is having a quiet lunch in the park when he is stormed by agents, arrested, accused of treason and then quietly killed in a way that looks like a heart attack before he can talk with anyone.  We discover he has been quietly looking into a strange pattern of activity and following the trail of crumbs.  Is this the reason he is taken out?

His wife and daughter's lives are thrown into turmoil as their idyllic life disappears.  They never are allowed to talk to him before he is killed and are surrounded by those who believe their husband/father is a traitor - he must be guilty if it's in the news.  When they are pulled out of their home minutes before it blows up, the excitement ramps up to a new level.  We follow the wife and daughter's daring escapes as they stay one step ahead of the assassins following them, while those in the government who know something is amiss struggle to not only keep the duo safe, but discover the mystery Turnball was uncovering and bring those responsible for his death to justice.

No End of Bad is a great escape. Well written, with a great story line and exciting pace, it's sure to draw in and keep you reading late into the wee hours.
Buy the book: 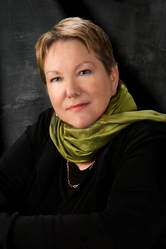 Dec. 2016 Behind The Scenes Interview HERE!

Ginny Fite is the author of the dark mystery/thrillers Cromwell's Folly, No Good Deed Left Undone, and Lying, Cheating, and Occasionally Murder, as well as a funny self-help book on aging, I Should Be Dead by Now, a collection of short stories, What Goes Around, and three books of poetry. She resides in Harpers Ferry, WV.
Connect with Ginny: Website ~ Twitter ~ Facebook