Interview with Melissa Muldoon, Author of The Secret Life of Sofonisba Anguissola - the most famous woman you've never heard of 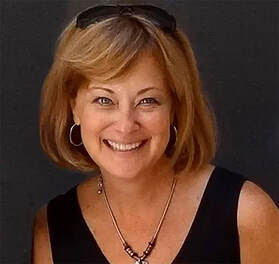 You can read my first interview with author Melissa Muldoon that covers her journey as an author HERE!

You have published 4 books now - Dreaming Sophia (2016), Waking Isabella (2017), Eternally Artemisia (2019) and The Secret Life of Sofonisba (2020). What are the threads that tie these novels together? What is unique about each book?

In all my novels, I seek to inform and entertain and bring to life the stories of fascinating women and characters from the past who made their mark and became role models by daring to defy societal norms. I also draw upon my personal experiences living and traveling in Italy and my knowledge of Italian art and history.

In my past three novels, Dreaming Sophia, Waking Isabella, and Eternally Artemisia, I weave a contemporary theme with one from the past. I feature a modern-day heroine who is “visited” or connected in curious ways to famous artists and personalities from Italy’s rich historical tapestry. In Dreaming Sophia, through highly imaginative daydreams, the heroine talks to characters from the past—Eleonora de’ Medici, Michelangelo, Leonardo, Lucrezia Borgia, even Sophia Loren to name a few. In Waking Isabella, my heroine has a connection with Isabella de’ Medici and “channels” the Medici princess while she is filming a documentary during a summer spent in the Tuscan town of Arezzo. In Eternally Artemisia, my heroine, an art therapist, believes in parallel lives and time travel and, through a cosmic bond, connects with the 16th-century artist Artemisia Gentileschi.

In my latest novel, The Secret Life of Sofonisba, instead of telling two parallel stories and shifting historical time frames, I decided to focus on one heroine, set in the sixteenth century. I felt Sofonisba’s story was rich and elaborate enough, with lots of twists and turns, to develop a tale entirely based on one female lead character. Still, the novel’s arc is a wide one as it takes the reader on a journey from when Sofonisba was a young girl in Cremona to old age in Genova, and we meet many interesting personalities along the way. The story opens with her talking with Anthony Van Dyck, the Flemish portrait painter who visits her and to whom she tells her story and divulges the secrets of her life. This storytelling method allowed me to explore Sofonisba’s character in a more personal and intimate way, revealing her private thoughts and her innermost yearnings.
For each of the 3 books I've read, you've created a fictional storyline around a strong woman in Italian history. How did you find these historical women and learn about their lives? What was it about their story that called to you?

In addition to being an author, I am an artist and art historian, so I am familiar with lots of fascinating stories about artists. I want readers to know that art history is not a dry, dusty subject. It is actually full of titillating and unusual stories, love affairs and tragedies, as well as triumphs of the human spirit. My goal with my novels is to bring art and Italian personalities to life and shed light upon them so that a contemporary audience can relate to them in a personal way; I wish to inform, entertain and inspire further investigation.

It seems all ideas for my novels got their start from a specific painting. I decided to write my first novel, Dreaming Sophia, based on a portrait of Eleonora de’ Medici by the artist Bronzino. In this particular portrait, Eleonora wears an incredible gown embroidered in real gold thread. Since the first time I saw it, I wanted to wear the dress! Based on this fanciful notion, I developed an imaginative story. My main protagonist, who has suffered a tragedy, is guided by a series of Italian personalities—led by Eleonora in her fabulous dress.
Waking Isabella came into being after I viewed Isabella de’ Medici’s portrait in Vasari’s house in Arezzo. (Isabella was Eleonora’s daughter) Walking through the gallery, I came to a dead stop in front of the Medici Princess’ and it seemed Isabella called out to me to tell her story. After I returned home, I immediately began my research on Isabella, and I discovered so many fascinating things about how she lived and how she was murdered in the Medici hunting villa in Cerreto Guidi. I knew I wanted the story to unfold in Arezzo as it is one of my favorite towns in Italy. I’ve learned so much about the city’s history and wanted to communicate all Arezzo’s festivals and legends and tell Isabella’s story, all the while investigating the mystery of her painting that goes missing during World War II.

My third novel Eternally Artemisia is based on the true story of a 16th-century Baroque female painter who was raped by her painting instructor in her youth. I’ve always been fascinated by Artemisia’s paintings of Judith and Holofernes, which depict the young Jewish widow caught in the violent act of beheading her aggressor. Gentileschi’s pictures are fierce and macabre, but there is a strength and passion reflected in them. I tell Artemisia’s story and how she rose from the ashes of degradation to become famous and explore, as well, the idea that there are loves so powerful they are destined to meet repeatedly over time.

Regarding my recent novel, The Secret Life of Sofonisba Anguissola—I have always been aware of Sofonisba and the many portraits and self-portraits she painted during her very long life. Sofonisba was independent, which was unusual for women of her day and age. For years, she lived far away from her family in Rome, Milan, and later as court painter and lady-in-waiting to the Queen of Spain. She didn’t marry until well into her thirties, desiring instead to establish herself as an important and respected painter. Despite the passage of time and her advanced age, she never surrendered her brush; she continued to travel and paint well into her eighties, always improving her skills and encouraging and inspiring other artists. As my research progressed and I registered all the places Sofonisba had traveled and the people she had met—dukes, duchesses, kings, queens, Michelangelo, Vasari, even a dashing sea captain—my creative juices started flowing. Soon I was weaving together an imaginative story of how Sofonisba had come to know all these fascinating individuals. In an age when women weren’t often recognized I wanted to demonstrate how Sofonisba became famous in a man’s world and left her mark upon art history.

After your extensive research, how do you decide what elements to incorporate into your story as the bones, and what can be ignored to create the fictional part?
In all my novels, it is necessary to impart historical information to keep the reader apprised of critical events for the story to ring true and make sense. The challenge for me is to find ways to communicate necessary historical details in an interesting manner and avoid “information dumps” and keep the story moving forward.

My writing process is this… after the story arc has been established and the chapters organized, I begin writing freely, permitting myself to explore plot twists and get to know my characters, allowing their personalities to emerge and “talk” to me. At this point, I’m still telling myself the story, so I tend to over-indulge in historical details adding lots of more information ranging from farthingales to 16th-century artillery canons. But, once I have completed the first draft, I obsessively attack the story front to back several times, rewriting, reducing, and re-blocking scenes, eliminating things that aren’t necessary, or weaving necessary details into conversations. The polishing and refining continue for several more weeks until I relinquish my work to my editor and proofreader. When the novel is finally back in my hands, I’m still re-reading and editing some more—often adding back a few more juicy details gleaned from a bit more research. It seems the work is never finished, and my computer and ideas are never turned off!

I love your final notes letting the reader know what was historical and what was invented. What inspired you to end the books this way? Did the idea arise when you started to write your first book, or did it appear somewhere down the line?

At the end of each novel, I like to take a moment to provide the reader with a few historical notes. My stories are based on fact, and I want the reader to know that. Yet as a fictional writer, to keep the drama alive, it is also essential to let the reader know when things are invented or embellished. In the case of Sofonisba, very little is recorded of her activities at the Spanish court. But during my research, I was fortunate to come across Queen Elisabeth’s original diary entries compiled by Martha Walker. It opened my eyes to the antics of court life and the disturbing character of Philip’s son Don Carlos. As it is well-documented that Sofonisba painted a portrait of the “mad” prince, I knew full well she would have been privy to Don Carlo’s troubling behavior. His behavior was so bizarre and I wanted my readers to know that these things weren’t made up!
Looking to the future, do you think your writing will stay focused on Italy, Italian History and strong women, or do you think you'll one day decide to explore other directions?

I always seem to have a creative project up my sleeve and already have several ideas bouncing around in my head for a new novel. At the moment, my genre is historical fiction based in Italy. I enjoy bringing to life the stories of women who have made a difference and are still role models for a modern generation.
Can you share any teasers with readers or announcements on what you have coming in the future?
In the coming year, I will focus on my dual Italian/English language blog (www.StudentessaMatta.com) and my Art history blog: The Art of Loving Italy (www.ArtofLovingItaly.com).

Once the pandemic is under control and traveling is an option again, I will be returning to Italy, co-leading my small group language immersion programs. I plan on spending time there with friends, re-storing my creative juices, and living la vita bella! And who knows when and where a painting in Italy will call out to me… and once again, I’ll be off and running, researching and writing a new novel!
I'd love to end with a favourite quote that is meaningful to you.

"She believed she could, so she did.” ― R.S. Grey, Scoring Wilder