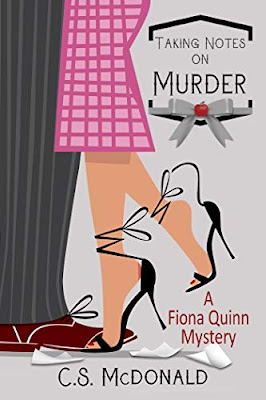 Fiona’s not convinced. She’s determined to find the author of the enigmatic notes and uncover the truth about a man who had many secrets and countless enemies, including Fiona’s mother and former suspect Nancy Quinn!
Can Fiona crack this cold case, and what will it take to get Detective Landry involved? Don’t miss taking notes on this murder!
Review -
The Fiona Quinn series by C. S. McDonald is a fun, lighted cozy murder mystery for anyone from tweens to adults who enjoy lighter fare.  In Taking Notes on Murder.  Fiona and Nathan (Detective Landry - who she secretly wed in the last book while on a cruise) have settled back into their normal lives. But nothing in Fiona's life ever stays normal for long.
Fiona is a teacher, and while working at her desk finds a note tucked in between the papers. It states that a death of a teacher many years ago was not a suicide or accident - it was murder.  Why would anyone tell her, a person who knew nothing of the case.  But it peaked her curiosity and once peaked, she can't let it go. No one takes the note seriously - or the next one - as they are just too vague.
Slowly she starts to look into the past and all the possible suspects, including her mother.  And that makes someone nervous.  After she is hurt when someone attempts to scare her off, Nathan begins to take things very seriously and steps into the investigation officially.
The male teacher who died was not liked, interfered with students, fought with others who worked at the school and was not missed one iota by his family. In other words there is no shortage of suspects and motives.  Will Nathan and Fiona be able to solve this cold case from years ago, or is it unsolvable after so much time.  Well you'll have to read to find out. 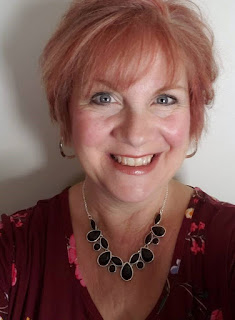