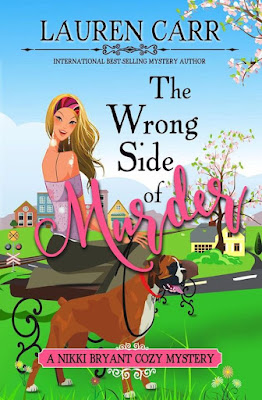 Nikki Bryant’s Next Case Takes Her to the Wrong Side of Murder.
Synopsis -

One spring morning, Jodi Gibbons got up and went to school as she did every day. Her young life went sideways though when the police found that her mother had been brutally killed during the night.

Twenty years later, many in Pine Grove believe Jodi got away with murder. After all, how could she have possibly slept through her mother’s violent death in the very next room?
After decades of silence, Jodi accepts investigative journalist Nikki Bryant’s invitation to tell her side of the story. However, before the interview can take place, someone silences Jodi permanently.

Now it is up to Nikki Bryant and her friends to uncover the secret that Jodi Gibbons has been protecting—a secret someone believes it is worth killing to keep from being revealed.
Review -
The Wrong Side of Murder is book #2 in Carr's Nikki Bryant series. I love a smart intelligent female lead character, so couldn't be happier to dive in.  And I wasn't disappointed.
In the first book, Killer Deadline, Nikki has just returned to her home town of Pine Grove to run her family's. In The Wrong Side of Murder, Nikki is settled in and has just won an award for her last piece of investigative journalism.  Stopping into a local bar with her boyfriend ?, she discovers the bartender is someone she knew in high school - Jodi.  Jodi's mum was murdered when she was in high school and although never charged, she was always blamed for her death.  Guilty in the court of public opinion. Feeling badly that she was a part of that opinion, Nikki decides to investigate and quickly realizes the evidence isn't clear cut. There is a mystery here that points to a different killer.
As she begins to unravel the threads of the truth, things get serious.   She realizes Jodi is holding a secret about that night, but she initially refuses to give it up.  Then the call comes - Jodi is ready to talk. Unfortunately someone silences her first. The leads are faint, but Nikki's intuition is on full alert - her investigative journalism skills turned high. Can she peel back the layers to discover the truth before anyone else dies?
The Wrong Side of Murder is another wonderful cozy mystery by author Lauren Carr. It has all the elements that draw me in - an intelligent female lead, an equally smart boyfriend who partners to help her, a complicated plot line where clues are slowly revealed, people who aren't what they seem to be, comedic moments to balance the darker ones, and several quirky pets full of personality.
It's a wonderful book to escape into at the end of the day. And if you're like me, get ready to read into the wee hours as you won't be able to stop reading until the mystery is revealed.
Pre-Order the Book: Amazon (release date: July 21, 2022)
Other book reviews for this author -
Killer Deadline HERE!
The Nutcracker Conspiracy HERE!
The Last Thing She Said HERE!
Spring Thaw HERE!
Crimes Past HERE!
Murder by Perfection HERE!
ICE HERE!
TwoFer Murder HERE!
A Fine Year for Murder HERE!
Killer in the Band HERE!The Murders At Astaire Castle HERE!
Candidate for Murder HERE!
Cancelled Vows HERE!
Kill and Run HERE!
Shadow of Murder HERE!
It's Murder My Son HERE!
Meet the Author -
Previous Interviews - October 2015, April 2018, January 2020 (At FortyFive), March 2022
​ 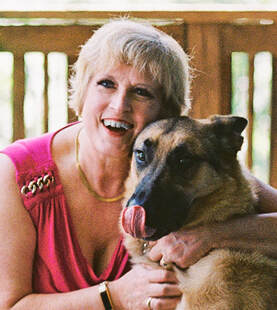 Lauren is a popular speaker who has made appearances at schools, youth groups, and on author panels at conventions.

She lives with her husband, and two spoiled rotten German shepherds on a mountain in Harpers Ferry, WV.