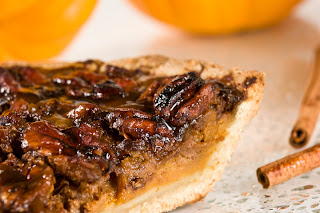 Okay - I realize this is a bit out of season, but it was time for a Let's Talk Food article today and in perusing old family recipes this came up. What touched me more than anything was that it is written by my mother's hand, in her own distinctive style.  She passed away in 2009, so these moments of stumbling across something so very connected to her are getting fewer and further between.

Growing up in the Midwest, sweets were a regular part of our diet. We didn't have great access to fresh ingredients out-of-season and money was tight anyway.  Salads were often Jello concoctions filled with anything from celery to canned fruit and desserts were much sweeter and richer than is common on the West Coast today. I think if you traveled to the southern United States you would find the tradition still intact.  I mean, these are the people who invented deep-fried butter and deep-fried candy bars. Just thinking about their cooking style makes my arteries clog up a bit.


When I was very young, Thanksgiving dinner ended with the traditional Pumpkin Pie topped by a dollop of whipped cream.  Then one of my relatives found this Pumpkin Pecan Pie recipe somewhere - a women's magazine, a friend, who knows - and it became the new ending for our family celebration each year. Also gone was the real whipped cream. Women were beginning to discover the first real convenience foods such as casseroles using Campbell's Soup as a base. Cool Whip was another they embraced enthusiastically. There is a return to fresh which I applaud totally, but think we need to put in perspective why this was so popular. When you have at least 15 people to serve dinner to, it's a no holds barred bit of craziness trying to get all the food to the table and onto everyone's plates while still hot. Cool Whip was one tiny concession that made the cook's job a little easier. Many no longer have such large get-togethers, so it's easier to take the time to whip the cream. 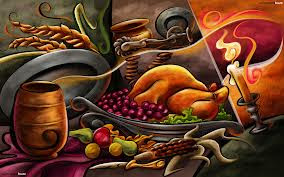 The one thing I am sorry I don't seem to have any longer is my mother's recipe for pie crust. It was the flakiest crust I have ever had. Her secret? A little white vinegar!  I remember making it for a boyfriend once and he actually inhaled a few flakes that went flying as he bit into the crust.  My current husband is not that big on crust, so I have lost my touch. In an internet search I did find a recipe that must be almost, if not exactly, the same and have copied it below. The filling, however, is the original one.  It brings back wonderful memories of those enormous extended family holiday dinners with the adults crammed around the dining room table and the kids squished around the one in the kitchen. Remember, this is very rich and sweet!  Just a sliver will do you!!!

Notes - I remember having this at room temperature and maybe even slightly warm once.  I NEVER remember actually chilling it and eating it cold.  BUT memories do become confused over time.  Personally I am going to try this recipe at my next big family dinner, but it's going on the plates slightly warm or room temperature.
= = =  =
Deep Dish Pie Crust (old fashioned with vinegar and no egg)

As this was my mother's recipe and she was super proud of her old fashioned pie crust, I tried to find one as close to what I remember her showing me as possible.  This is my best guess.
2-2/3 C                     All Purpose Flour (as fresh as possible)
1 tsp.                        Salt
1 C                           Crisco
6-10 T                      Ice Cold Water
1 T                           Vinegar (White or Cider)
Mix together dry ingredients.  Add Crisco and cut with pastry cutter until coarse crumbles form. Mix together Vinegar with 6-7 T ice cold water. Sprinkle half over flour mixture, stir gently, then sprinkle in the rest. Gently combine into solid ball. If it crumbles easily sprinkle more water over a Tablespoon at a time until it holds together.
Wrap tightly in plastic wrap and refrigerate for 30-60 minutes to chill thoroughly, then roll out on a floured surface, turning over part way through OR you can roll between sheets of parchment paper.  To move into pie pan, you can wind around your rolling pin, or if you rolled it between parchment paper, peel off one side, lay in pie pan, and peal off other side.
Continue as directed for the pie you are baking.
baking dessert Let's Talk Food midwest pecans pie pie crust pumpkin Pumpkin Pecan Pie recipes