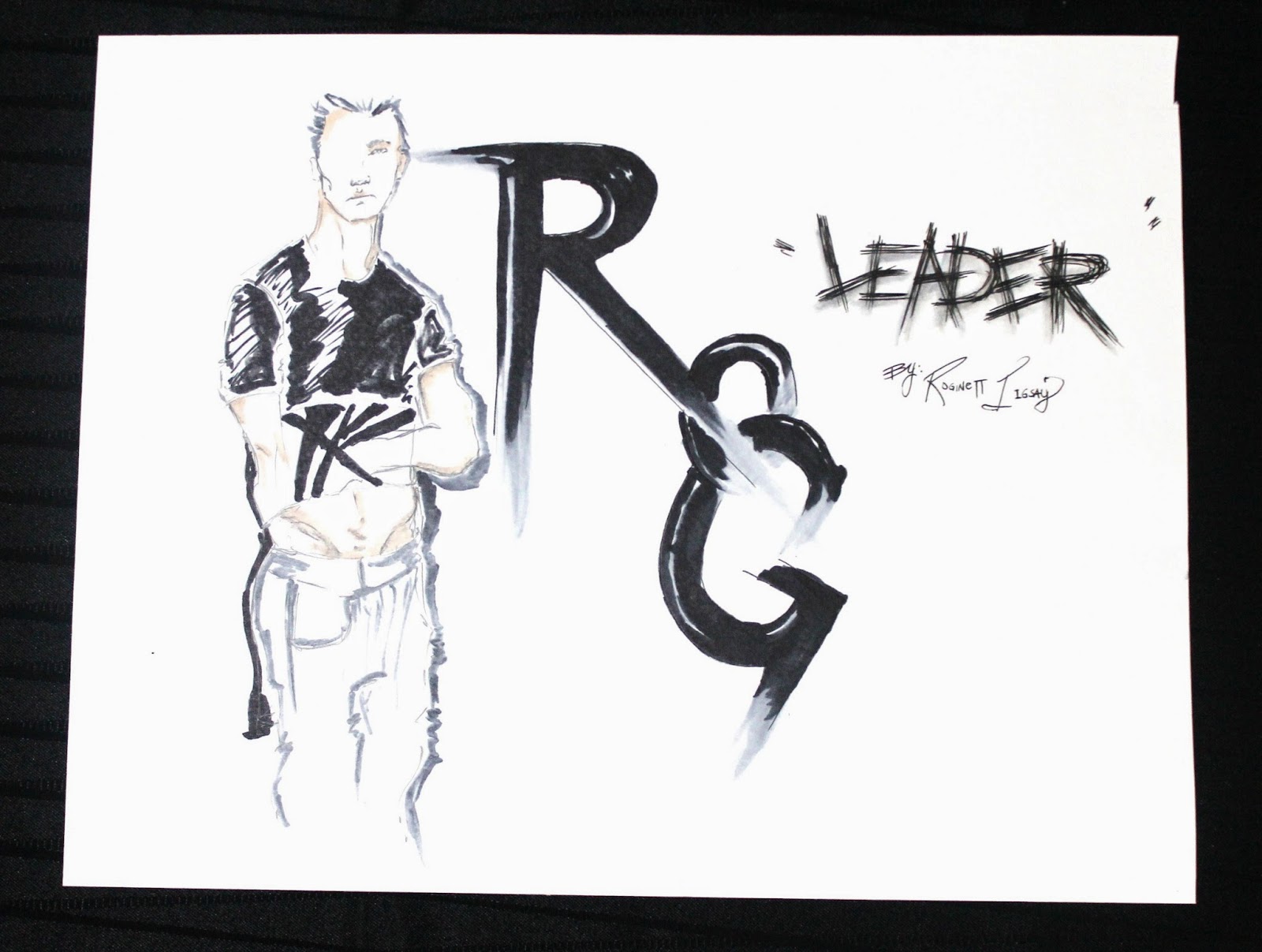 At the Blanche Macdonald fashion design graduation show in November 2013, there were a few designers who stood out for have strong portfolios filled with excellent illustrations that also went on to deliver on the runway.  Roginett Ligsay is one. His interest in sewing began in grade 3, long before any ideas of fashion design arose.  But arose they did and they would not be denied.

Ligsay was born and spent his early years in the Philippines.  He was raised by his grandparents in a house full of love and support for which he is very thankful.  Life was full of simple pleasures - spending lots of time outdoors, riding a bicycle and playing with his cousins. It was an aunt who taught her young nephew the basics of sewing - simple projects like curtains, pillow cases and rugs.

The move to Canada at age 14 was a difficult change.  Ligsay was shy and uncomfortable in front of people so didn't join sports or clubs. He focused instead on academics and, with the encouragement of his friend Kristine, sewing.  "I had a spare block and didn't want to waste my time just sitting around in the library waiting for my next class. We would spend our time going to the mall and just walk around and talk about what's going to be our next project for sewing class. I knew right away fashion is my life. That was the start of it all. Those years really opened up a new whole world for me." 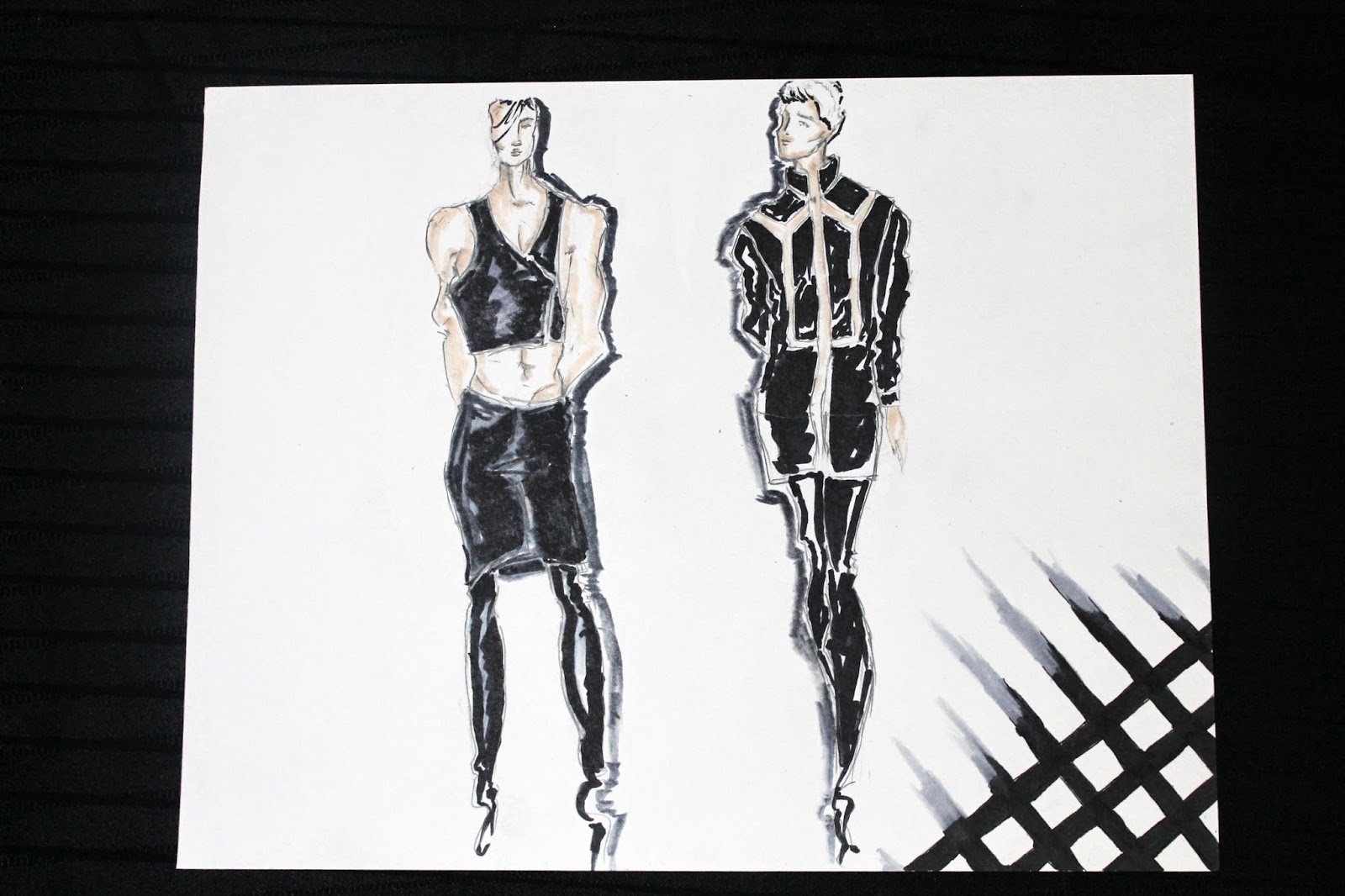 Ligsay's family was not initially supportive.  His mother in particular was pushing him to study nursing after graduation and 3 months were spent trying to fulfill the requirements. But in the end the dream would not go away. "I couldn't really see myself doing anything else. This is my life. I chose to follow my dream and that is the true meaning of life..... DREAM BELIEVE AND SURVIVE." After a lot of research into different design programs and recommendations from friends, the designer settled the program offered by the Blanche Macdonald Centre in Vancouver.

There is one word that best defines Ligsay's time at Blanche Macdonald - stressful. The academic demands were high, there were repetitive projects that challenged his artistic free spirit and he was working a double job to pay the bills. It was a crazy schedule without a single free day for over a year. Being stretched so thin, the young designer would have loved less projects and more time to develop quality ideas, but found a way to make all work. The easy part was being creative and that is where he found peace - it was the eye of the storm. "Sewing is also very therapeutic for me, especially hand sewing. Design is all about experimenting and learning new ideas...that is fashion." 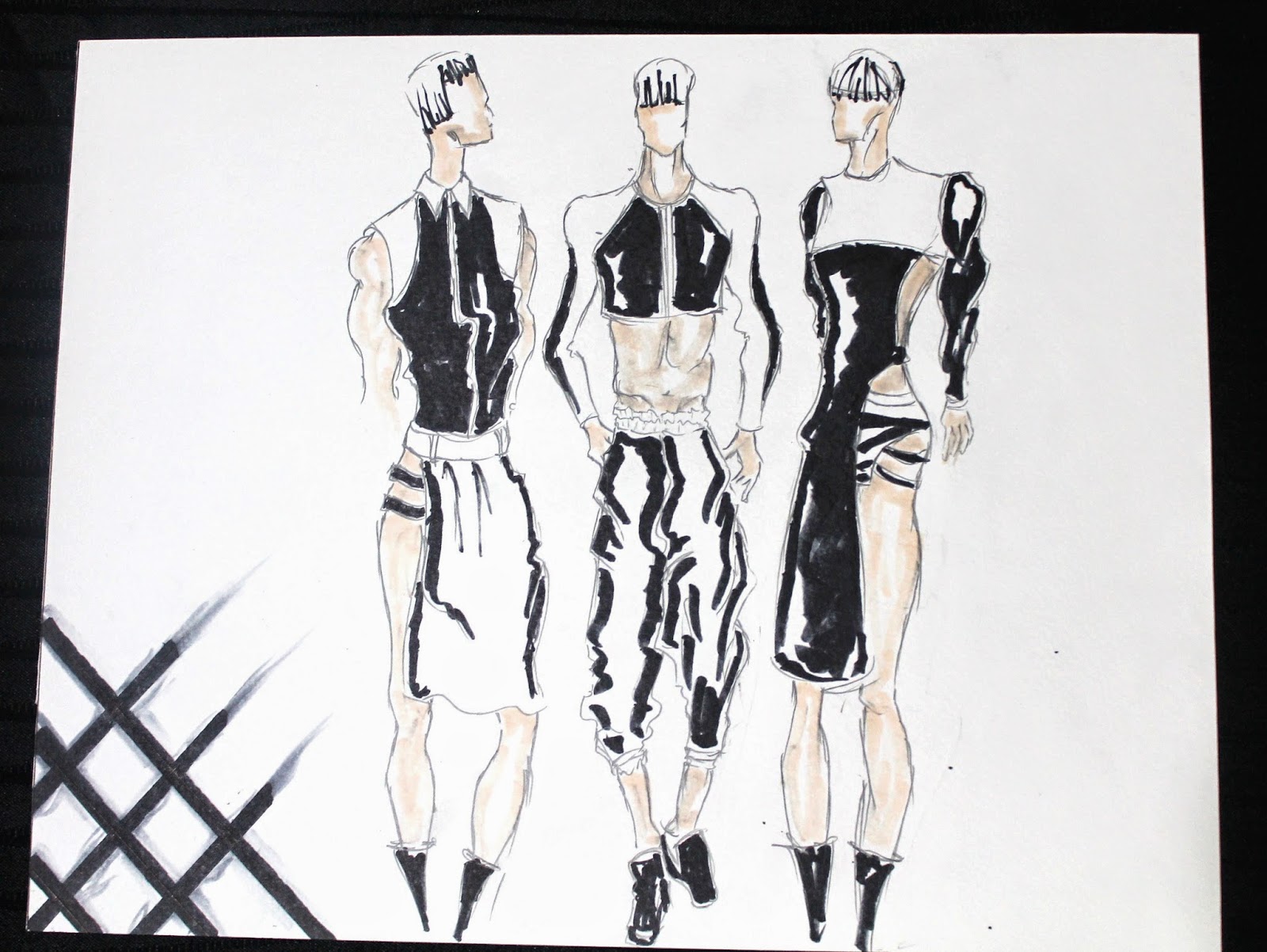 His unusual grad collection was titled "leader" - a reference to Ligsay's customer who is, "...brave, adventurous and not afraid to try something new. It's all about sexy, brave and exotic. Be a leader." Inspiration came first from photographs of Greece - suspended rocks in particular geometric and architectural shapes, architectural homes and how the orthodox catholic people dressed up in their everyday life routine. Then came a new twist. The designer came across an article on men Gender Flipping and designed to incorporate this challenge. The final aesthetic is a play of old and new as well as a mix of masculinity and femininity. Looks are exotic, gritty, sexy and full of street swag. 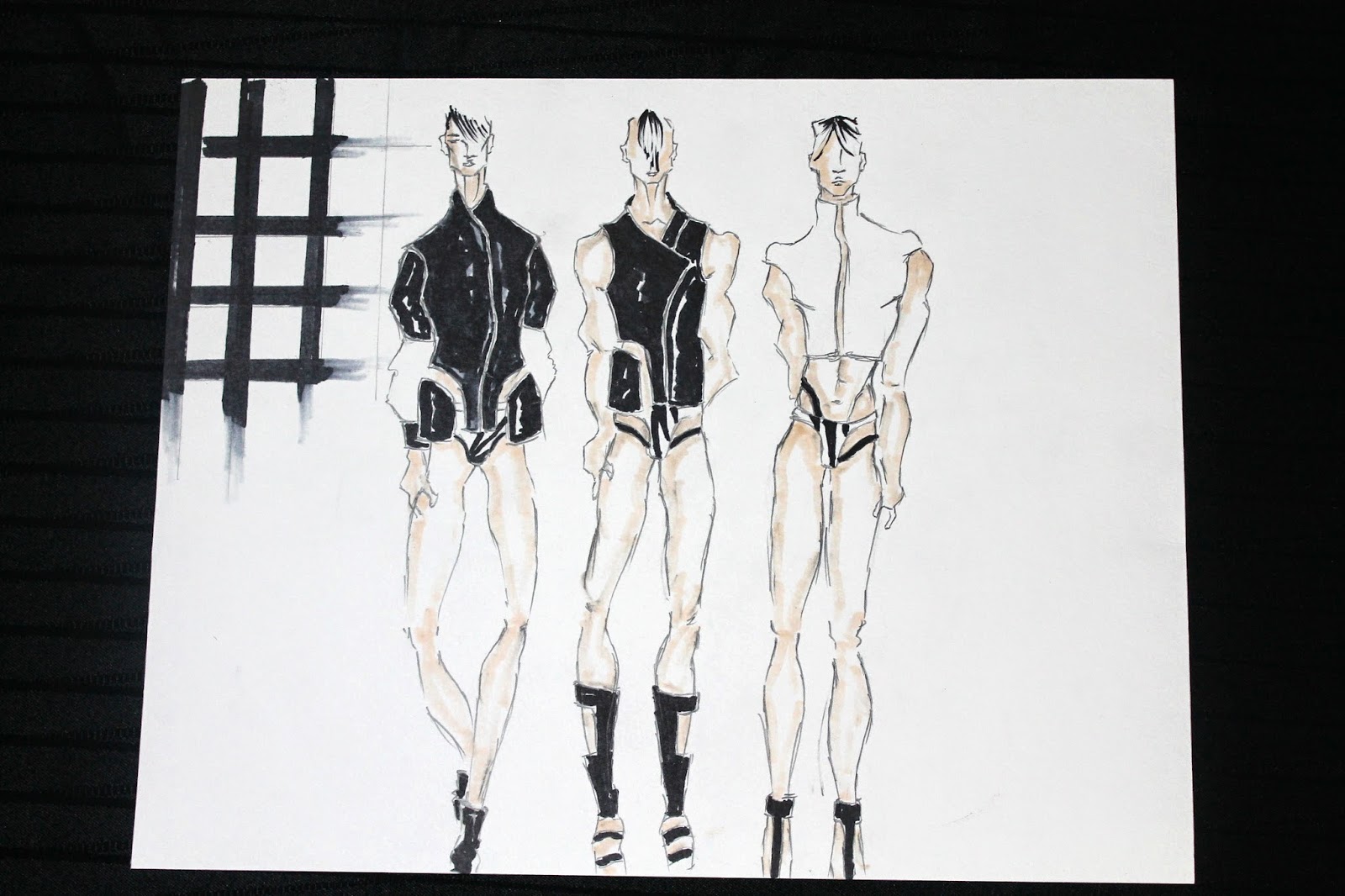 Each student creates a full collection of looks for their target client, but only 3 are shown on the runway.  "leader" offered 2 that were modern and more wearable and then a third more out of the box that sported a tulle skirt. The palette was black and white - definitely heavier on the black side. Fabrics included heavy silk, jersey both plain and printed and tulle. Overall, the look in the middle below had both the pop and wearability factor on the runway, but Ligsay actually doesn't have a favourite look. "I love all 3. Every look represents attitude and beauty and those are my primary sources of inspiration."


Where does Ligsay head from here? There are so many roads open - continued studies in Europe, internships in Vancouver or Dubai, starting his own line and more. The future is wide open and you can be sure his strong, independent creative, spirit will find a way to bring new ideas to challenge the fashion industry.

For more information in the fashion design program at Blanche Macdonald go to www.blanchemacdonald.com/fashion/. To contact Roginett Ligsay email Roginett02ligsay@yahoo.com or check out his portfolio on Coroflot at http://www.coroflot.com/roginett0294.