1969 And Then Some by Robert Wintner 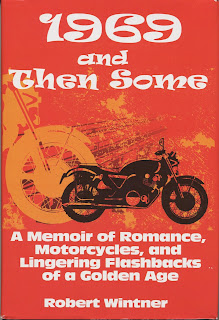 The year when everything needed to be experienced
and tried, when innocence was tempted, played, and lost.

1969 and Then Some is a memoir of the 60s and the influence of those years over the decades that followed. Romance, psychedelic insight and motorcycling evolve with the narrator maturity, such as it is, and non-compromise on morality and the undying spirit of adventure in nature.

While the 60s is often discounted or as ephemeral—as a social aberration—1969 & Then Some offers keen insight to lingering values that cannot be separated from significant segments of the most significant population group alive today, the baby boomers, many of whom still hold sway in key areas of social and cultural evolution.

I was in my pre-teens/early teens during the era this memoir covers. So while I was aware of this unique decade, by the time I was that magic age of 18, the shine had worn off - things had changed. Author Robert Wintner, however, lived it fully. It was a crazy time of drugs, sex, lack of direction, being in the moment doing what felt right, thoughts of peace and more. Life was experienced in a crazy, impulsive jumble often under a haze of hash, weed and LSD. A style of writing grew out of this called Gonzo Journalism. It captured the stream of consciousness lifestyle prevalent and is the style this book is written in.

Gonzo - adjective
1.(of journalism, reportage, etc.) filled with bizarre or subjective
ideas,commentary, or the like.

While this type of writing truly does capture the chaos of memories from this time, it does present challenges.  Readers definitely get the feel of living each moment, but there is a lack of cohesiveness to the narrative and confusion at times about what actually happened.  Subjects arise that disappear never to re-appear.

If you love this style of writing, then you'll find this book a great read and wonderful eye opener on this era. If you were also immersed in these very unique times, this will be a great walk down memory lane. But if you're prefer a more traditional style of story telling, this could be a challenging read. 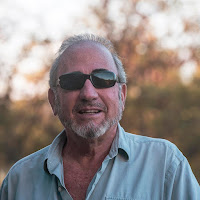 Robert Wintner lives and works on Maui with his wife Anita, seven cats and Cookie the dog, who came in emaciated at 14 pounds, unable to stand. Cookie at 60 pounds raises a ruckus on the beach or in the living room in her continuing drive to make the world a happier place. The entire family eats well, stays fit and enjoys good health under blue skies.