on November 14, 2015
Images by Patrick Parenteau and Ed Ng Photography 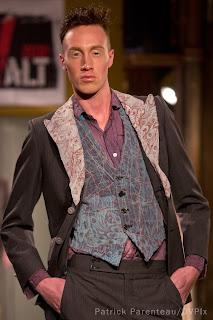 Please note - NO tickets will be sold at the door
this season so be sure and get your tix early at http://valt.ca/attend/tickets/


Nathan McLean has been a part of Vancouver Alternative Arts & Fashion Week since the beginning in 2012, and he has been the token drag queen working the runway as Ivana Phoque.

With more then 5 years as a professional model and model boot camp coaching behind him, this year he will be stepping into the role of VALT Model Manager. Nathan will be helping cast models for the event, teaching selected models how to walk in heels, and all around supporting the show as much as possible. Bring your A game to castings, because he will be watching!

I grew up in Victoria BC, as a kid I was a "free spirit" , multiple imaginary friend kinda guy. Sort of shy yet loud and energetic. As a teen I was an outcast, didn't know who I was as a person and kind of hid in a shell. It wasn't until I was 18 that I really came out of my shell and started to become the person I am today.

What currently are you involved with: work, hobbies, charity, other? 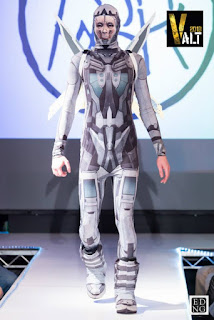 I am the Imperial crowned Princess of Vancouver's Drag community. So I perform and host shows through out Vancouver's night life. I also work with multiple fashion shows and charity shows by working with the models (teaching them how to walk and own the runway). I have decided to take time off working to find what the best career path I should take, that will best suit myself and my personality.

What things would you like people to know about you?
How did you become involved with VALT?

Year one I was booked as a model, and as I do caused a ruckus and the "Kats" grew a liking for me from that point on!

What do you personally feel VALT brings to the Vancouver scene that is unique?
VALT bring inclusivity , there isn't anything else like it around. When I can be a part of something that allows all people, all shapes and all forms to walk the runway, I know it' is an event I want to be a part of. When you can have anything from gender fluid, to transgendered, to gay/ straight/ bi, tall, short , thin and full figured on a runway, it lets people know we are the definition of community. 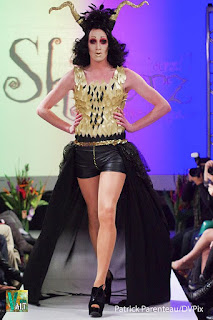 VALT season one... I have this skill of "tricking" designers to put me in their sets last minute... So year one I was modelling as a boy and I convinced a designer to let me model in drag in her set. Thus making the makeup artist have to do a 20 minute drag make up on me.... Drag takes minimum an hour and a half to do right! And the artist did a flawless job. Kat Morris!

I don't actually know...The Kats and I went for breakfast last year after VALT and they asked if it was something I was interested in. And I have kinda become the "dominant" personality of VALT... So I guess it seems fitting.

I am emceeing the Aquatica Night! For my specific night I am just MCing, there are going to be other performance pieces and I want to bring it to a level of featuring the designers and artists work and I'll be there to highlight and direct people focus to it.