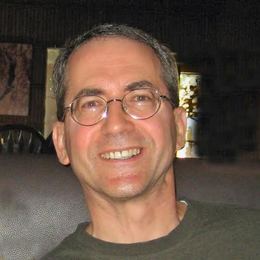 My first writing adventure began at age eleven after reading an enjoyable story I thought I could do. I learned a lot from trying, including that it was much harder than it seemed, but the result was disappointing. The inspiration kept coming back and each time I wrote another piece, I could see my writing improve. Years later, I wrote a full length novel, thinking I would write the most fearless tough guy, but no matter how much I tried to bring the story to life, it fell flat. From that, I learned that for a story to jump off the page, the characters have to have passion for life. They have to be motivated toward something and to care.

After that, I wrote short stories, but kept coming back to the novel. There’s something about having the time to develop characters and explore them in action that has been quite satisfying. When I got the inspiration for the Rebel series, I first wrote Rebels Divided. Annabelle Scott was one of the co-protagonists and she insisted I write her own story, which became The Rebel Within. I hope the passion I felt for the story and for the characters comes through.

What was your original inspiration to create this character and the dystopian future earth she lives in?

The original vision for what became the Regina Shen series was a resilient young woman, an outcast in the midst of a hurricane that took her home and family. From that came the question of why she was an outcast—she was born to a woman who had been thrown over the barrier wall into the swamps. Thus, she was an outcast through no fault of her own; she was suffering the guilt of her mother. The next question was why the barrier walls were built and why the swamps were so perilous. That led to imagining a world after abrupt climate change had melted the glaciers of Greenland and Antarctica, significantly raising sea levels and altering climate that led to worldwide famines. From that catastrophe arose a Federation to save humanity.

The Federation having punished Regina’s mother and kept her an outcast led to imagining what sort of Federation this might be. What came to mind was a World Federation based on a caste system in
which outcasts were below the lowest caste, left to die on shrinking lands with storms and rising seas. That Federation also banned all books except their official words in an attempt to prevent another civilization like the one before the Collapse. Rising seas meant that there would be cities under water and that opened up salvage potential. Thus, Regina became a salvager.

One of her most prized discoveries was illegal print books from before the Federation. On top of everything else, worldwide fertility is collapsing and Regina’s genome holds the key to avoid human extinction. Thus, Regina is the lowest of the low and yet a very important person who will not be treated well by the Federation. Each layer added more challenges for Regina to overcome and to demonstrate that her tough upbringing and skills had uniquely equipped her to survive and rise above.

Over the next month I will be sharing my reviews on your 4 book Regina Shen YA SciFi Series. Were these books originally conceived as a series, or did the decision to continue with this character's life come about after writing the first book?

The Regina Shen series was conceived of as a series from the beginning based on the scale of the world she lives in and the conflicts that she was to face. There were simply too many notes and ideas to fit into a single novel. There was the entire issue of abrupt climate change and its implications on this world. There was the strange World Federation that used a caste system and an artificial fertility process in a world with no men. Now that fertility process is collapsing. The rulers are almost four centuries old, holding onto power and their vision of a perfect society. Now there’s a struggle for succession. With all of this as a backdrop and a young woman coming to terms with her place in this world, I knew from the beginning this would take more than one novel.

What are the biggest challenges when writing a series that follows one characters life? How do you keep continuity in all the elements - characters, geography, history, etc.?

Since this is the second series I’ve written (after the Rebel series), the biggest challenge was to keep the characters consistent and yet show growth. The way I handled this for the first three books in the series was they were written as almost one very long novel in three parts. In other words, the first book wasn’t released until the third was complete and the fourth drafted. That way, the characters and story were very fresh in my mind. It also helped with keeping the history consistent. The geography wasn’t a problem because the setting shifts from book to book as she flees the swamps in search of her sister. Besides, I love maps.

A second challenge was to keep the story interesting over several books. I believe I’ve accomplished this by showing character growth as Regina moves from one set of challenges to another. She has certainly grown up quickly.

With 13 published books to your credit, how do you continue to find new ideas, new characters, etc., to keep bringing something new to the table?

Ideas pop into my head and swirl around based on what I read, see, or the day’s events. I often have characters and their stories floating around in my head, trying to tell me their problems and asking me to help them find solutions. Often ideas come from imagining “what if” situations involving people in unusual situations. Then my imagination takes off trying to figure out how a particular character might handle it. Basically, I find that characters arise from background and circumstances such that Annabelle from the Rebel series would be a much different character in the Regina Shen world.

There are a few common themes. I grew up with strong women. My mother put herself through school to get a PhD as a single mom and worked her entire life. I had two step-mothers, both with strong personalities. I’ve also had a number of other strong influences. That has brought a number of strong female characters to my stories. For some reason, I find it easy to identify with them.

As an avid reader of history, science, and science fiction, I’m inundated with ideas. If only I had a time machine that would double the amount of time I had each day.

What is most enjoyable to me is exploring new ideas and situations with interesting characters, in other words, the creative process. Even my first rewrite is fun in that I get to expand upon my initial thoughts and enrich the story. Editing is definitely a chore. I wish I could just do the creative writing and development and then just telepathically order the draft to clean itself up based on my experience with editing. Part of the problem is each time I read, I come up with more things to change. In fact, sometimes I’ll change it one way and upon rereading change it right back to what I originally had. It can be frustrating, but it’s also necessary to make sure the story flows as well as I can make it.

Regina Shen's life and the world she lives in are both pretty depressing. What do you do to leave that behind so you don't carry the mood into you daily life?

For me, the world Regina finds herself in is quite distressing, but I take hope in the fact that she faces up to her challenges and refuses to give up. That striving to overcome can be exhausting to write, but it’s also rewarding. I believe in triumph of the spirit and that with one’s last breath we must carry on to do our best. That energizes me.

At the same time, I recognize the story to be a fantasy, a world I can enter and leave much as I would in reading someone else’s book or seeing a movie. When I’m not in the story, I become detached almost as a work strategy because most of my best ideas and work come to me when I’m not writing. So, I relish time away from the story for both for ideas and for a change of pace.

While I have not lived through what Regina has, my journey has been filled with challenges. What’s gotten me through them has been to try to be honest with myself about where I landed, what options I have, and then do whatever I can to work my way to a better place. One of the darker and yet brighter periods in my life was when I found myself out of work (from a brand new job) with two young children, a non-working spouse at that time, and a brand new mortgage when jobs weren’t plentiful. After an hour of grieving, I picked myself up and engaged in a marathon push to put our lives back together. Interestingly enough, I’d worried about losing my job before this and never again afterwards.

Read what you enjoy. Write what stirs your passion. Hopefully these are both in the same genre. If you try to write what’s popular or what you think will really sell, your writing will come out flat unless this coincides with what stirs you. Be true to yourself.