After two years of training, outcast Regina Shen prepares to jump the barrier wall into the World Federation to hunt for her sister, but nothing goes according to plan. The Federation condemns Regina and her family to live on the seaward side of barrier walls.

For two years she avoided capture. Now the Federation is desperate to exploit her unique DNA in order to prevent human extinction. She would rather die than help the people who kidnapped her sister. The Federation’s notorious Department of Antiquities, under the command of Chief Inspector Joanne Demarco, polices barrier walls, destroys knowledge from the past, and pursues Regina for her genome. Now Demarco has a ruthless rival who aims to capture Regina as a means to overthrow Demarco.

Regina has survived by her wits on swampy islands and salvage from sunken cities, including illegal print books not available in the Federation. Her photographic (eidetic) memory, access to these books, and an amazing teacher just may help her reach the university town in the Federation where they’re holding her sister. Pursued by Antiquities, Regina jumps the wall into the Federation.

While making new friends and enemies, she must use her wits to avoid letting either of two rival inspectors capture her. Can she rescue her sister from an obvious trap?

Regina Shen: Vigilance is book two in a series by Lance Erlick. If you haven't read book one - Regina Shen: Resilience (review HERE) - I highly suggest you do before you start this one. It's a great story regardless, but you'll have to do a lot of catching up.

Since we left her at the end of book one, marginal Regina Shen has managed to avoid capture for over two years now, an amazing feat. Her own resourcefulness and that of her substitute mother and teacher Mo-Mere kept the searchers at bay, but there were many, many close calls.  With a new mega-storm moving it, Mo-Mere decided it was time for Regina to sneak into the walled city, assume a new student identity and enter the university. This was a journey full of danger and if caught, Regina would be turned over to the local GOD (Grand Old Dame) who believed her blood held the solution to a fertility crisis. Then the rest of her life would play out as a lab rat.

Success meant assuming a life that Mo-Mere had tried to prepare her for, but her temperament was unsuited for. How could she pull off the part of a subservient, frightened Work Stiff allowed into university on scholarship?  It required never asking questions, never standing up for yourself, never showing your intelligience and accepting the status quo.  As a "swamp rat" who had lived by her wits her entire life, this proved increasingly impossible. There was no way to blend in and the clock was ticking. She couldn't pretend for long.

Regina was also there to try and rescue her sister who had been taken to a lab two year before, but the university was a guarded prison that let no one in and one out. The government had destroyed all maps and taken down all street signs. There was no listing of where the fertility labs were. How would she leave the school? Who could she trust to help? Where was the lab that held her sister? And last but not least, if she did succeed in freeing her, where could they go? There was no where to hide.
Buy the book:   Amazon   Barnes & Noble 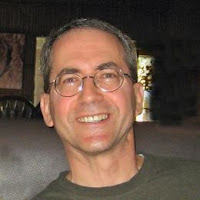 ​He was raised by a roaming aerospace engineer, growing up in various parts of the United States and Europe, as well as traveling through Asia. He took to stories as his anchor, including the works of Asimov, Bradbury, and Heinlein, and has been writing since age eleven.