on December 11, 2017
Coming from humble beginnings, traveling by plane was something I had no experience with. Our family had no money for that kind of luxury.  If we couldn't drive, we didn't go.

As I moved out of the house and far north, there was the occasional short trip of no more than 3 hours. Then once the kids were grown, a few more that ranged further and further, but always in North America.

Finally my husband and I were in a place we could roam further.  First was a trip to Cozumel, Mexico, and then one to Norway.  I had an interesting problem arise on these longer flights though. I would have dizzy spells come on randomly.  A few minutes in the toilet scooched down with my feet above my head or stretched out by a bulkhead seemed to do the trick, so I assumed it was just circulation.

Then on our trip back from Budapest it became worse. The few minutes stretching out didn't make any difference and I ended up very sick in the bathroom.  After that it seemed to pass. I was concerned but not willing to stay home as all check ups with my doctor came out fine.  Oh well, must just be a glitch.


When we headed to Perth, Australia, in November 2017, I was a little concerned, but assumed if a problem arose my normal routine would handle it. Not so. There was a serious escalation this time.  I woke up from dozing to find myself extremely dizzy, sweating profusely and in seconds passed out completely - eyes wide open. I remember nothing.  They moved the person sitting with us so I could stretch out and put ice packs on me once I woke up.

I improved slowly from there and had no problem on the next shorter flight. Thankfully the flight crew didn't report me as I could have been banned from the next flight until I had a check up.

When it came time to return home from Perth I was obviously anxious. I didn't want to pass out again and even more importantly, I didn't want our future travels to be limited. I was determined to figure out what was going on during those longer flights.  Again, I had full checkup before I flew so the answer wasn't obvious.

In thinking back, these episodes on super long flights always seemed to happen after a meal, especially the second one served.  It was time to make some changes in eating and movement to see if that would make a difference. We were staying in a house full of people in Perth, so several also kindly gave me input on their routine and I embraced most. 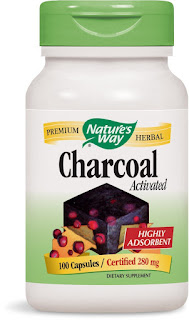 Magic!  For the first time ever on one of these type of flights I didn't have a single moment of feeling off or dizzy.  Do I really need to embrace all 4 changes or was it just one that made the difference? Who knows and I really don't care. The fact that this combination worked means I most likely won't mess with it.

The world opens up for me again as I can embrace those super long flights without worry.  Nine plus hour journeys on a plane are still brutal for me in terms of sitting that long in an upright position and trying to sleep, but well worth it when I reach an amazing and inspiring destination.

If you're having an issue like this, note where the problem occurs and every detail leading up to it. As my dizzy spells only happened on those super long plane flights, the answer didn't come overnight. It took four episodes before I had enough information to sort it out. I had to think through every single detail of each trip carefully and then listen to how others travelled to come up with the list above that worked for me.

Whatever problems you face, if there is no obvious medical reason, it's important you take personal charge of the experience instead of just saying I can't do that any more. Not true. You can find answers.
air sickness air travel dizzy spells how to travel long plane flights Other plane plane flights travel travel solutions.