Interview With April Holthaus, Author of Heart of the Highlands: The Beast 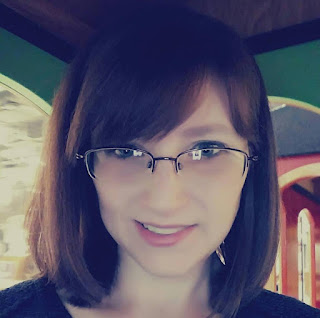 What genre do you write and why?

I write sassy, heartfelt, Scottish Historical Romances. For me, writing about Highlanders as the heroes of my stories helps bring more attractiveness to my characters. Highlanders are known for their honor, their passion, and their loyalty to their clan and country. They just easily make the perfect hero to me.

Which was the hardest character to write? The easiest?

I would say that the hardest character I had to write was the hero, Rylan, from my book Heart of the Highlands: The Wolf. Rylan is a complicated character. He has a lot of build-up anger from his childhood and he never really learned to cope with it, so when he meets a woman named Fallon, who can be just as hard-headed, she helps soften his heart. The easiest character I had written was the hero from my first book, The Honor of a Highlander, Rory MacKinnon. I wrote Rory as your very typical boy next door. He is sweet, honorable, and willing to do anything for the woman he loves.

What is your next project?

If you could put yourself as a character in your book, who would you be?

I would probably not be the heroine. I am a very shy, non-confrontation person. I write my female characters with a lot of boldness and confidence. I think if I were a character in my story, I would be the handmaiden. Just a secondary character that helps the heroine or hero behind the scenes. LOL

In today’s tech savvy world, most writers use a computer or laptop. Have you ever written parts of your book on paper?

I mostly write on the computer, but as I am not always able to sit down undisturbed for longer than 30 minutes, I always carry with me a small pad of paper and write down quotes or scenes that randomly pop into my head.

Do you ever get writer’s block? What helps you overcome it?

I seem to get writer’s block a lot lately. I have found that when I can’t move on from a scene or can’t move the plot forward, I start writing down story ideas of other books and save those on my computer for future writings. Sometimes, I can come up with something that sounds amazing, but it may not fit into the current story I am working on, so I write it down and save it for later.