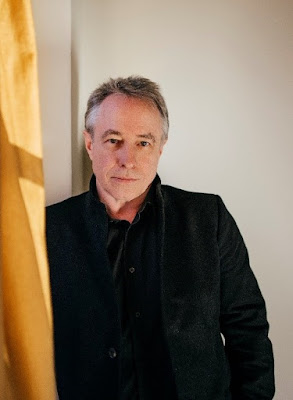 Please share about your journey to become a published author. Looking back to you childhood, can you remember any early signs you would later put pen to paper?

I had the requisite dysfunctional family. And I was a ‘reading under the covers with a flashlight’ kid. It wasn’t until I was in junior high that I started to get a taste of the thrill of writing.

You are also a Creative Writing Professor, founding editor in chief of the Los Angeles Review of Books, founder of The LARB Radio Hour, The LARB Quarterly Journal, The LARB/USC Publishing Workshop, and LARB Books. How do all these different areas of your career affect your writing? Do they help you bring an extra element? Do you feel any extra pressure when releasing a new title to deliver a strong story?

Because I have so many other jobs to do on a daily basis, I think of writing as the great treat I get to give myself, and I will admit that I often play hooky from looming deadlines by stealing time to write. So on a daily basis it is very regular—that is I do some just about every day—and highly irregular, too, as the times when I can sneak it in are unpredictable. But when I have a block of free time, I never waste it.

I just love it. I know it isn’t fashionable to say, that we are supposed to struggle for our art, but it’s the most pleasurable work I know. I’ve worked construction, restaurants, factories, farms, teaching, administering, lots of things—writing is the place where I can get lost in the flow of my work and experience the pure pleasure of building something. I have had pleasure in all those other jobs, too, but not as regularly.

This is your first published work of fiction. Where did the inspiration for this storyline and the main characters come from?

It started with a guy I knew, who was the basis for Dmitry, my antagonist. And I took some details from my own life for Frank, the protagonist. But then those characters just grew organically. For instance, I did not remain an autodidact carpenter. I went to college and graduate school and became a professor, and of course I didn’t end up falling in love with my friend’s wife, living on an enormous sailboat on the South China Sea, or any of the rest of it. And the model for Dmitry never became a money launderer or murderer (that I know of….).

Inspiration can mean many different things—I prefer to think of it as allowing one’s imagination and intellect to roam free.

What type of research was necessary when writing Born Slippy to bring a sense of reality to the locations, career and cultures shared?

Most of the places my characters go—Connecticut, California, Taiwan, Tokyo, Vietnam, Myanmar—are places I have spent some time in. There is only one city that I describe that I’ve never been to, but I won’t say which one it was. That required a bit of research.

I was intrigued by the title Born Slippy, and in fact had to look up the reference. Can you share in your words why you chose that specific title and how it applies to the storyline in your novel?

My original title for the novel was The Unlucky Lovesong of Franky Baltimore. Not surprisingly, nobody liked that title. I then settled on Sugarfish, which is just a password that Dmitry lands on at one point in the novel, and he gets that password from looking up at a restaurant sign in Los Angeles—it’s a sushi restaurant with a few different locations. It’s a restaurant that many readers in Los Angeles would have recognized. I liked it as a title because it was sweet & savory at the same time, and I thought vaguely or subliminally sexual.

My editor, who is based in London, hated it. He didn’t know the restaurant, of course, but also he just hated it as a title. He suggested Born Slippy, which is a song that is associated with Liverpool, Dmitry’s hometown, and became famous in the film Trainspotting. The lyrics—and I went back into the novel and have Dmitry sing a few lines of it here and there—really do get at part of what I think is interesting about the novel, which is the fluidity of sexuality.

What advice can you offer budding authors working on their first title?

Enjoy it. If you are not having fun, you might not be allowing your imagination to do its best work.

What's next on the horizon? Do you have any new books in the planning or writing stage?

I have a new book of philosophy, called Aimlessness: An Introduction, which is coming out in the fall. And I am about to finish my third volume of travel writing, this one called The Kindness of Strangers. Then I’ll get going on Still Slippy, a sequel: I’m not quite finished with these people….