Interview with Eric Lynn, Author of Notes to My Son 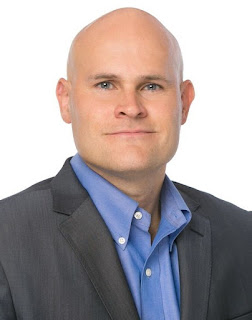 This is your first book. Please share about your journey to becoming a published author. As you were growing up did you ever dream of writing a book?

I was a voracious reader growing up, but at no point did I ever envision I would become an author. The writing bug hit me in high school first where my love of movies took over. I wrote 4 screenplays during one summer vacation. I still have those screen plays today. I re read them a few years ago and realized how immature my writing skills were back then. To say they need some polishing would be a massive understatement. However, that was the gateway of my journey to becoming an author. The motivation to finish and publish though came from the upcoming birth of my son.

Once you decided to write Notes to My Son, how did you go about accomplishing this goal? Did you set up a regular time to write? Did you write when a new idea arose?

I travel a lot for work. I formerly used this time to read, catch up on sports or sometimes catch a movie. During the incubation period of writing I reallocated this time to Notes. Planes and hotels became my writing respite. If I had an idea arise during the day I’d capture the high level points on my dictation app and then transfer it into prose later on that evening. I have to say I felt much better about the return on the time investment I made during my writing than I did with my previous filler of this time. So much so I’ve continued this practice in my travels.

What came easy in the writing/publishing process? What was hard for you?

The beginning and ending of each note was always the easiest. It was the in between that took the most time. Flushing out the right anecdotes that truly called out the essence of each note took some time. I truly want to honor the words on each page. For if someone is going to invest the time to read them I had better ensure they are worth it. I suppose that’s the most difficult part. Trying to write for strangers is extremely difficult. In the end, however, it’s just our voice on paper. I had to learn to trust in that and let the chips fall where they may.

I don't find the language used is geared towards a younger person - "Metrics are objectives or goals," "accelerating your completion percentage," "conversion quantifiable," "connotation of belief." What age were your envisioning your son would read this as you wrote it?

I’ve already started reading the book to Summit. I am fully aware that he cannot yet comprehend the concepts. However, my wife and I don’t believe it’s too early for him to hear them. I once had a mentor say to me “dress for the role you want vs the one you’re in”. I would argue it’s the same for vocabulary. I’ve learned more by researching words that were new to me than in most early learning schooling. I am optimistic that my son will have the same unquenchable thirst for language as I do. There is a beauty and rhythm to it much like music. And if he doesn’t so be it. The point is to expose him to different worlds, but it’s completely his call on which ones he wants to explore.


Now that your son has arrived, is there anything you would change about your book?

I intentionally held off writing the epilogue to see if my tone or tenor would change from the rest of the book. I can tell you this portion is definitely the most emotional for me to read. There’s just something that changes inside you the moment you see your child come into this world. All the mental and physical preparation you do doesn’t prepare you for it. And you know what? That’s just fine. It’s an exhilaration I have yet to experience in any other capacity on this planet. It’s a sensation I will truly never forget. Would I change anything? No. This final iteration is my heart, mind and soul grounded in the words that I hope endure for many years to come.


While Notes to My Son was inspired by sharing your knowledge with your son, it seems to be a collection of business/life truisms geared for a wider adult audience. Where do you see this book having an impact? What readership would most benefit by reading it?

It’s been interesting to see reviews come in from mothers. I never intended this book to be about a dad talking to his son. I wrote this with intent for our future child (potentially a daughter) to read it from just as relevant point of view. I’m glad the audience is expanding beyond just dads. The primary reason this book came to light was my father in law. His voice is one I truly do listen and respect. Once he read it and said these notes are applicable to any age or gender I was enlightened. I definitely wrote it with a younger audience in mind and never looked at it for someone that was later in years. You’ll see throughout the book I make reference to the notes being applicable professionally and personally. With this in mind I believe the book has a vast audience that reaches well beyond parents. I am not trying to change lives per se, but I’m definitely trying to move rigid mindsets. The more flexible we are the more knowledge can seep into our brains. This I believe is a good thing.

Do you have any future books in the planning stages? If so please share a little about these titles.
I’ve got two fictional screenplays that are being baked right now. One of which I am writing with a micro budget in mind. The second is a sci fi pic with a look at what our future will be if we don’t begin to cherish our planet’s resources. I’ve also got outlines and a few chapters written on a romantic novel and an action adventure/thriller. I’m writing snippets when an inspirational thought hits me regardless of which project. And once again it’s in my writing retreat of hotels and planes 😊.

What would you most like readers to know about you? Do you have a favourite life quote?

That I truly embody note 1. I don’t make commitments I’m unable to honor. I also very much commit to living an authentic life. This isn’t always easy, but being true to who you are usually ends up being less effort than pretending. I will put my family first and foremost, but I do care deeply about lasting impact on this earth. We barely get a drip of time here. I hope to make the most of it.

My favorite quote of all time is “I’ve not failed. I’ve just found 10,000 ways that won’t work” - Thomas Edison. This speaks to persistence, humility and a tenacity that is inspirational to me.
Connect with the author:  Website  ~  Facebook